A UN report has called for increased intervention in the Central African Republic (CAR) as the armed conflict continues. According to its report, the violence has already displaced over one million people. 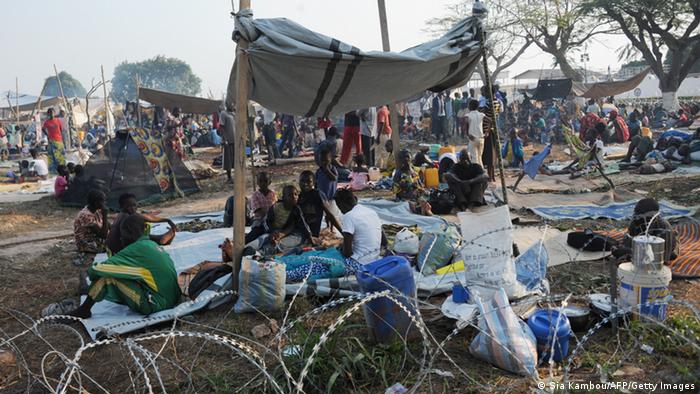 The report released by the United Nations estimated that nearly one million people had been displaced by fighting in the Central African Republic. Half of those displaced came from the capital city, Bangui.

Fighting broke out in March when rebels from the Muslim Seleka militia overthrew then-President Francois Bozize. Violence continued through the fall despite the installation of an interim government under the country's first Muslim president, Michel Djobotia, who banned the Seleka group. The fighting largely pitted minority Muslim rebels against majority Christians.

The number of attacks escalated at the beginning of December, prompting an increased intervention by French and African Union (AU) peacekeeping troops from the UN-mandated International Support Mission.

Citing a "complete breakdown of law and order," the UN report called for an increase in troops so that UN aid workers could reach displaced persons.

The presence of link:17304217:French and AU peacekeepers# had not been enough to secure conflict areas in Bangui or in the area surrounding its airport, thus hindering "the humanitarian agencies to do their job effectively," the report said.

The large distances between sites where internally displaced persons had sought refuge had also hindered the UN from distributing aid.

Over 1,000 have been killed in the Central African Republic since early last month. The European Union has banned the export of arms and the sending of mercenaries there in response to the conflict.

Other European countries will soon deploy troops to the Central African Republic, according to France’s Foreign Minister Laurent Fabius. Exactly which countries will offer support, however, remains unknown. (17.12.2013)