The death toll currently stands at 16 after armed men forced their way into a mosque and opened fire. Attacks of this kind have become commonplace in the region in recent years. 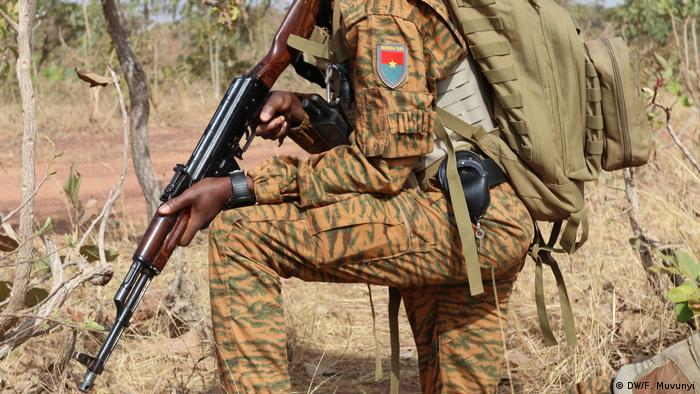 At least 16 people were killed in Burkina Faso after gunmen stormed a mosque as worshippers prayed, security sources confirmed on Saturday.

The attack occurred at the Grand Mosque in the small town of Salmossi in the Oudalan region.

Burkina Faso is a landlocked country in western Africa

One source said 13 people died instantly while three more succumbed to their injuries later. Two more are still in a critical condition.

"Since this morning, people have started to flee the area," one resident from the nearby town of Gorom-Gorom said.

He added that there was a "climate of panic despite military reinforcements."

Later on Saturday, roughly 1,000 people marched in the capital Ouagadougou "to denounce terrorism and the presence of foreign military bases in Africa."

"Terrorism has now become an ideal pretext for installing foreign military bases in our country," Gabin Korbeogo, one of the organizers of the march, said.

"The French, American, Canadian, German and other armies have set foot in our sub-region, saying they want to fight terrorism. But despite this massive presence... the terrorist groups... are growing stronger," he added.

Violence shows no signs of abating

The attack at the mosque over the weekend is part of wider conflicts in Burkina Faso, as its battle to control ongoing violence becomes ever more difficult.

Until 2015, the West African nation was largely spared the violence that was notorious in neighboring Mali and Niger. But since then jihadists linked to various terror networks have begun to infiltrate Burkina Faso.

Guerrilla hit-and-run tactics combined with mines and suicide bombings have resulted in the deaths of almost 600 civilians in recent years, according to news agency AFP. Attacks are becoming an almost daily occurrence.

In addition, several hundred thousand have fled their homes because of the violence and half a million people no longer have access to health care.

On this week's Eco Africa, we see how giving women land in Burkina Faso can help the environment and visit Nigerian farmers who have improved on a traditional way to dry and preserve food. (30.08.2019)

Conflict in Burkina Faso has displaced more than 2 million people, with many of them now fleeing south into Ghana as jihadi attacks continue. DW's Maxwell Suuk visited a camp hosting refugees from Burkina Faso close to the border.