Attack on asylum seeker in Croydon highlights hate crime in the UK | Europe| News and current affairs from around the continent | DW | 05.04.2017

A 17-year-old asylum seeker of Kurdish-Iranian origin was attacked last weekend in Croydon in south London. The incident, which left him badly injured, highlights the rise in hate crime in Britain. 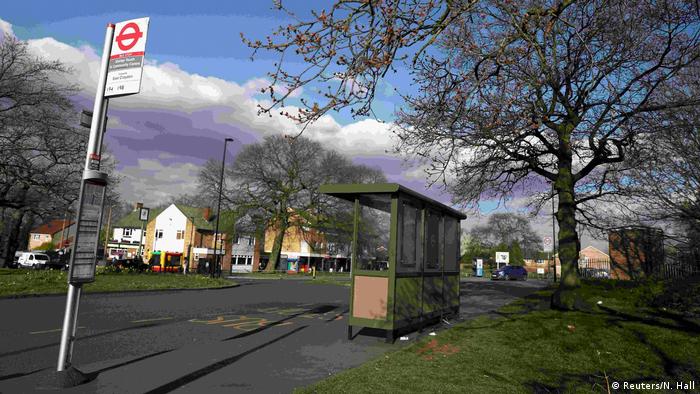 Reker Ahmed, a 17-year-old boy, was attacked by around 30 people shortly before midnight last Friday, according to British police. He was waiting at a bus stop with two friends when the suspects walked up to him and asked where he came from. Once they found out he was an asylum seeker, they chased him and beat him up. Ahmed, as he is named by the media, suffered a fractured skull and a blood clot in his brain.

Police say they have arrested 13 suspects in the brutal attack and that the teenager was lucky enough not to be killed. The attack appeared to have been without any motive, but two men and one of the teenage suspects have been charged with racially aggravated grievous bodily harm, Reuters news agency reported.

Asylum seekers are not the only targets of hate crime in the UK. Immigration has been a major political issue in Britain and also one of the main factors why voters chose to leave the European Union.

According to Rose Simkins, chief of anti-racism organization and helpline Stop Hate UK, anybody and everybody could be a target of hate crime, especially if they are perceived as being different. "They will be EU nationals, they will be Muslims, they will be Jewish people. All different sorts of people are targeted," she told DW.

"At the moment in the UK, immigration is very much on people's agenda and for a lot of people they don’t understand the difference between someone seeking asylum, someone coming to work, someone coming to join their families," she added.

Meanwhile, the Brexit referendum also led to a spike in hate crimes. "I think there was a perception among some people that the referendum was purely about immigration and that things would change immediately. Within a day of the result, we had reports from people who were being told to leave the country, to go home and accompanied in some cases by physical attacks or intimidation," she said.

"What we experienced at Stop Hate UK was an immediate change in the need for our service and the police reported the same thing," Simkins said.

Many times people wouldn’t necessarily know that someone is seeking asylum, so it could reveal itself in anti-Muslim hate crimes, because Syrian refugees will almost always be thought of as Muslims by a majority of people, Simkins said.

For now, there is an awareness of the fact that there are hate crimes and something needs to be done about them. UK leaders have been quick to condemn the attack against Ahmed last week. British Prime Minister Theresa May called it "abominable" and "completely unacceptable." London Mayor Sadiq Khan, who said hate crime, had "no place in London, Britain or anywhere else."

But more understanding needs to develop, both on the sides of the asylum seekers and the authorities, so that such incidents can be prevented in advance. According to Simkins, asylum seekers need to get over their fear of the police.

"If you're seeking asylum or you come from a country where you don’t trust the police at all, then you're unlikely to report incidents, thinking that might go against your asylum claim," she said, adding that the reason why the Croydon incident was well known was because the young man was beaten up very badly and had to be taken to the hospital. Many other incidents are probably never reported.

For a long-term solution however, a different strategy is necessary. One needs to understand how things escalate from name-calling and pushing to serious attacks like the one on Ahmed. According to Simkins, it would be a good idea to look into events that preceded the attack on the teenager.

Britain's National Police Chiefs Council has reported more than 6,000 hate crime incidents across the United Kingdom since the EU referendum in late June. Most of the cases have involved violence. (22.07.2016)