Ahead of talks in New York on Syria's future, President Bashar al-Assad says the conflict could be over within a year. He restated his demand that the existing government be involved in the terrorist fightback. 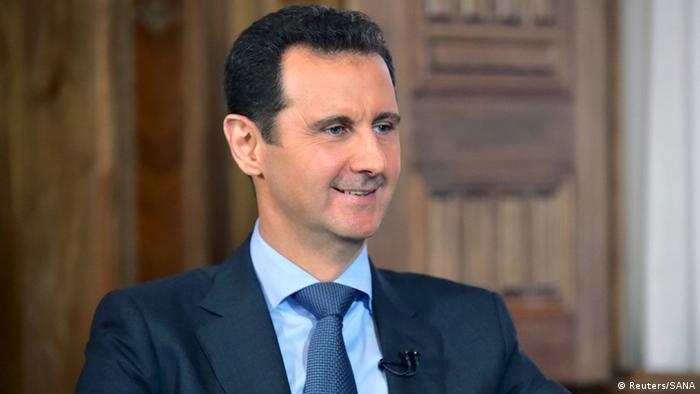 Assad told Dutch television that only Russia and Iran, major allies of Damascus, were ready to find an end to the Syrian conflict, which is now in its fifth year.

His remarks come ahead of a meeting of foreign ministers in New York to advance a tentative ceasefire plan.

Making comments clearly aimed at Western leaders who have long called for regime change in Syria, he said: "If the responsible countries take actions against the flood and the flow of terrorists and the logistic support, I can guarantee that it will take less than one year [to end the war]."

"They want the solution, what they call a political solution, to be ended with the changing of this state, getting rid of this president or depose him, and so on. So, that's why it will drag on," Assad told the Dutch channel NPO2.

After Western countries stepped up their airstrikes against the "Islamic State" (IS) militant group, Assad said their bombings were not sufficient to beat the jihadists and that IS had grown since the air raids began in 2014.

"You cannot fight terrorism without troops on the ground, and without a real incubator, a social incubator that supports you in your war against those terrorists," he said, repeating the government's offer to play a role in fighting IS.

The interview was aired late on Thursday night, a day before international talks were due to begin in New York and ahead of a planned UN Security Council vote on a text backing the truce.

Foreign ministers from 19 countries are set to expand a roadmap agreement made during previous summits in Vienna and Riyadh, which would see Syrian government representatives and the opposition work towards a political transitional process by the end of the year. 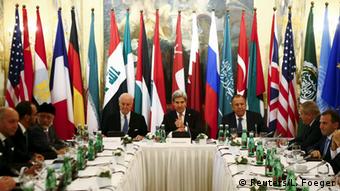 The plans would include the establishment of a transitional government within six months and new elections with 18 months.

In recent days, the US has softened its demands for "regime change" in Syria, while at the same time reassuring Washington's chief ally in the region that the US is not going soft on the Syrian leader. US Secretary of State John Kerry has intimated that Assad would be allowed to remain in place during a transition period.

Washington and UN Syrian envoy Staffan de Mistura want Assad's regime and the armed groups fighting against him to send delegates to peace talks some time on or after January 1.

If a ceasefire can be reached, then Syrian troops, Russia and a US-led coalition can focus their fire on hardline jihadist IS fighters.

But it remains unclear whether Russia and Iran are prepared to sit down with Syrian rebel groups amid accusations that they unrepresentative of the Syrian people. Similarly, rebel leaders and the moderate opposition have until now refused to hold talks with the Syrian regime, which has slaughtered thousands of its own citizens.

On Friday, the opposition restated their demand for a political transition without Assad.

"We are going into negotiations on this principle, we are not entering talks [based on] anything else. There will be no concession," a coordinator for the Syrian opposition, Riad Hijab, told reporters on Friday.

Another sticking point is which rebel groups would be excluded from the talks and considered terrorists.

The International Syrian Support Group was due to meet on Friday morning at a New York hotel to try to narrow their disagreements.

Diplomats were later scheduled to travel to the United Nations, where the UN Security Council was likely to back the process in a vote.