Reaching the final of the Asian Cup is the biggest success in Qatar's footballing history. But will this give football a long term boost in a country that was controversially awarded the right to host the 2022 World Cup. 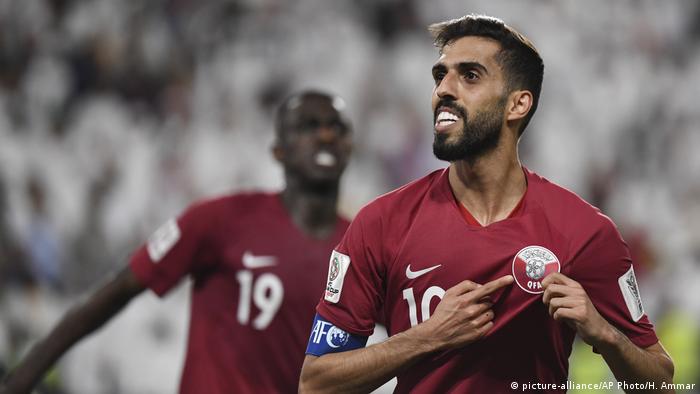 Felix Sanchez Bas briefly clenched his fists in celebration. The coach of Qatar then went to his players, waving his outstretched hands up and down as if to try to dampen the excitement that had gripped his team, who had just beaten the hosts, the United Arab Emirates (UAE) 4-0, to reach the final of the 2019 Asian Cup. And that in the most hostile of atmospheres, as thousands of spectators in the stadium had cheered against Qatar throughout their semifinal. Some even threw bottles and shoes towards the pitch.

In the days leading up to the game, the media here had dubbed the contest a "blockade derby" in reference to the trade embargo that Saudi Arabia imposed on Qatar in 2017. The UAE is among the Arab countries that followed the Saudi lead and broke off relations with Doha.

Virtally no support in the stands

Due to the diplomatic crisis, hardly any Qatari fans were able to travel to the UAE to support their team – and most of the players' families have also stayed away. Not just that, but in the days leading up to the semifinal in Abu Dhabi, the local sports authorities distributed all remaining tickets to "loyal fans" who first had to provide proof of UAE citizenship. 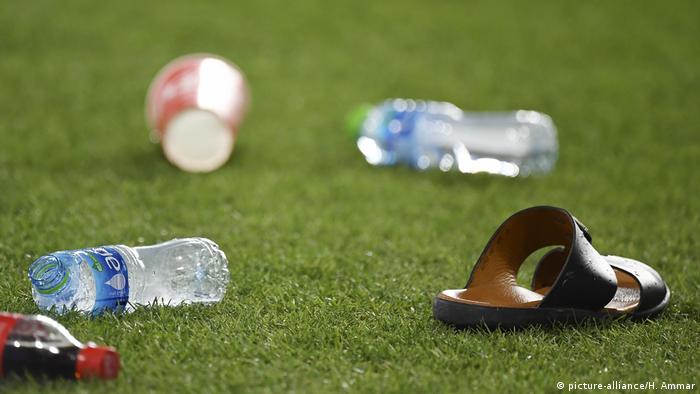 Some spectators demonstrated their disapproval of Qatar through more than words

The fact that Qatar's national team have made it six wins out of six in such challenging conditions at this Asian Cup – outscoring their opponents 16-0 – shows just how far the country's football program has come over the past few years.

"We have gained a lot of self-confidence," Sanchez said. "But our performance is no big surprise. We've been working hard for this for many years."

This had already become clear during friendlies played in the run up to the Asian Cup, when Qatar earned a 2-2 draw with Iceland and beat Switzerland 1-0.

Sanchez, 43, who began his career as a youth coach at FC Barcelona, moved to the Aspire Academy in Doha in 2006 – two years after it opened. The academy, with its 12 football pitches, is at the heart of the greatest talent-scouting operation in football history, according to German public television's Florian Bauer, who has done extensive reporting from Qatar the past few years. The exchange of information with sports scientists and academies in Europe intensified after 2010, when Qatar was controversially awarded the right to host the 2022 World Cup.

Sanchez took charge of Qatar's under-19 team in 2013, and led them to an Asian championship a year later. It was during his time with the under-19s – and his earlier work at the academy – that he got to know the players who currently form the core of the senior men's national team, which he took over in 2017. Many of the 23 players in the squad have ancestral roots abroad, but only four were not born in Qatar. 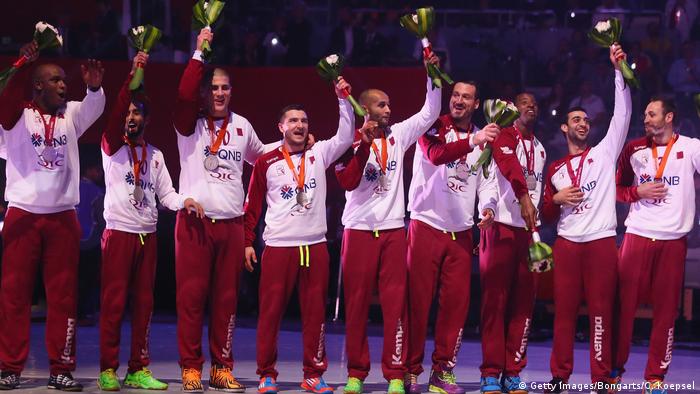 This may come as a surprise to some, as Qatar has had a history of naturalizing foreign athletes in a bid to raise their level of competitiveness internationally and many who have brought it sporting success, had little or no previous ties to the country. A case in point is Qatar's national handball team, who won the silver medal when the country hosted the 2015 World Championship – using primarily naturalized foreign players. This prompted several international sporting federations to reconsider their regulations for the eligibility of players for national teams.

FIFA had already put its foot down over naturalizations in Qatar more than a decade ago. Perhaps this is part of the reason that the men who run the Qatar Football Association have put the focus in recent years on raising the level of young domestic talent.

The genesis of a footballing culture?

Their work has obviously paid off at this year's Asian Cup, and back in Qatar it seems the enthusiasm knows no bounds. In the hours that followed Tuesday's semifinal, Qatari broadcaster Al Jazeera repeatedly showed footage of people watching on television back home in Doha, cheering for every Qatari goal.

So is this the genesis of a rich footballing culture in Qatar? We'll only really find out when we see whether more than just a few thousand spectators start turning up to matches in Qatar's domestic league.

World Cup 2022 hosts Qatar clinched their place in the last 16 on the back of a record-breaking display from Almoez Ali. Japan and Uzbekistan followed suit in contrasting styles. (13.01.2019)