As slave trade abolition is celebrated, millions of Africans continue to live as slaves | Globalization | DW | 24.03.2015

As slave trade abolition is celebrated, millions of Africans continue to live as slaves

The transatlantic slave-trade was officially abolished more than two centuries ago, but more than six million people in Africa continue to live under slave-like conditions, many of them in the sub-Saharan region. 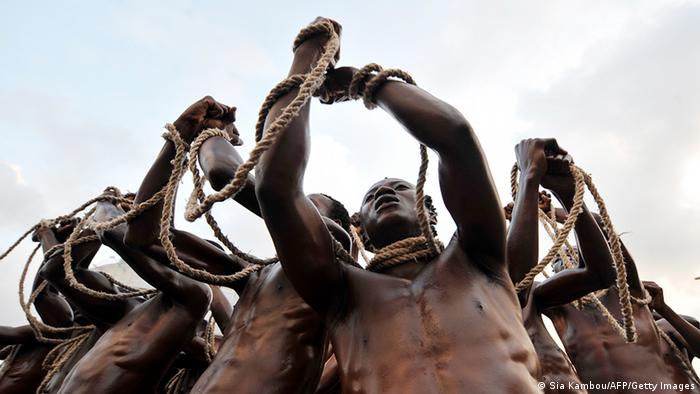 More than 200 years ago today (March 25, 1807) the transatlantic slave trade that brought some 17 million Africans to the New World over four centuries was finally ended by US President Thomas Jefferson.

But for more than six million people in Africa today, not much has changed. While they are no longer being transported like cattle across the Atlantic Ocean, many remain enslaved in their own countries and others are exploited in foreign countries, where they seek work and a better life.

The most recent Global Slavery Index, published in November, 2014, put the total number of slaves on the African continent at 6.4 million, including 5.6 million in Sub-Saharan Africa and an additional 800,000 in the northern region, including Morocco, Algeria, Tunisia, Libya and Egypt.

People are considered slaves when others have total control of their life. They are forced to work, either by mental or physical threat, and treated as a commodity or bought and sold as property, according to the NGO Anti Slavery International.

Worldwide, Mauritania was the last country to officially have abolished slavery in 1981, at least on paper. Around the world, there are numerous human rights laws on the books outlawing the practice, including the 1948 Universal Declaration of Human Rights that states “no one shall be held in slavery or servitude; slavery and the slave trade shall be prohibited in all their forms”.

Highest number of slaves per capita in Mauritania

The worst offender on a per capita basis is Mauritania, which, in 1981, was the last country to outlaw slavery. The practice was only criminalized there in 2007. Some 10 to 20 percent of the country’s 3.4 million residents are enslaved, according to estimates. 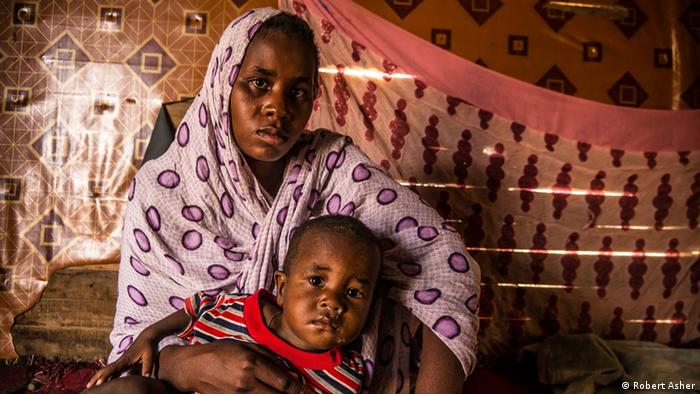 Mauritania has the highest number of enslaved people per capita, even though the practice is considered illegal.

Inherited slavery is a key form of bondage practiced in Mauritania and other West African countries like Niger and Mali, according to Anti Slavery International, an NGO that is active in combating slavery in the region.

“It is a caste system,” Jakub Sobik, a spokesman for the London-based organization, told DW. “If you are born into a slave family you remain one.”

While the group focuses on descent-based slavery, which is very prevalent in West Africa, there are a multitude of others ways people are kept as slaves. These include debt bondage, sexual slavery and child slavery.

The top three countries whose residents are at risk for becoming slaves are all in Africa, according to the Global Slavery Index published in November 2014 by Walk Free, an Australian NGO.

Based on a country’s national anti-slavery and human rights policies, its social and economic development, governmental stability and women’s rights and level of discrimination, citizens of Somalia, Eritrea and Sudan are the most at risk for becoming slaves.

Traditions, like ones of slave castes, are far from the only problem. War and political instability have forced many African citizens to move to other parts of the continent and abroad and forced migration or emigration makes them vulnerable. 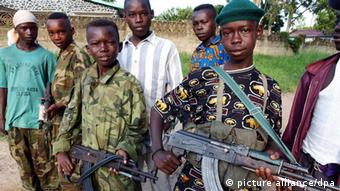 Many children and adults uprooted by conflict are at risk to be exploited by armed groups.

In Sudan, for example, there are at least 429,000 enslaved citizens, or 1.1 percent of the population. The country’s decades of civil war between the north and the breakaway south has enslaved thousands and a second civil war resulted in periodic raids on villages.

Many local residents were subsequently enslaved to work as domestic or agricultural workers, with many women forced into marriages, and boys and men forced to join armed groups.

A major obstacle in combating modern day slavery is not only the difficulty human rights organizations face in getting governments to deal with the problem, but also in making local residents aware that their lot in life does not have to include being in bondage.

“There are many, many people who just accept this,” said Ibrahim Ag Idbaltanat, the president of Temedt, a Malian NGO that works with Anti Slavery International. One of the group’s key programs to combat slavery is to educate community members about their human rights.

Even though Mali officially abolished slavery in 1960, many are unaware that their lot in life does not have to be determined by whom they were born to.

The group also connects victims with lawyers and helps file complaints against slave owners – even though Mali remains the only country on the continent where slavery is not criminalized. Asked why the group gets lawyers and judges involved if there are no legal consequences, Mr. Idbaltanat said the group is working to get a law on the books and in the mean time it wants to bring as much attention to slavery as possible by filing legal complaints.

Helping victims both psychologically and legally is a key way many anti-slavery NGOs fight the practice. Lobbying for not only tougher laws but actual prosecutions is another way.

But anti-slavery activism can have its price. In January, former presidential candidate Biram Dah Ould Abeid and two fellow activists in Mauritania were sentenced to two years in jail after being arrested late last year for what a defense lawyer said was lobbying against slavery.

The anti-slavery activism focused on the land rights of Haratines, also known as black Mauritanians. Haratines were often enslaved by ligher-skinned Mauritanians and forced to give up part of their crops.

The Mauritanian government used anti-terrorism laws to charge the men, claiming they belonged to an illegal organization and were leading an unauthorized rally and inciting violence against the police. Defense attorneys maintained that the charges and subsequent conviction were politically motivated.