The final season of Game of Thrones will begin streaming around the world on April 14. But desperate fans can first check out the work of the show's Emmy-winning artists at a new exhibition, "Unseen Westeros." 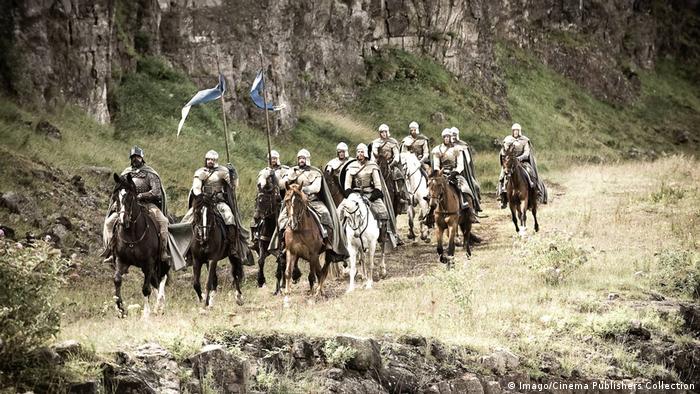 It took 40 artists three years to dream up unseen Westeros worlds in preparation for a new exhibition, and book, inspired by the Game of Thrones series.

But some will be able to get their fix a few months early at the "Unseen Westeros" show in Berlin.

Showcasing never-before-seen places from the world of ice and fire originally conceived by George R.R. Martin in his best-selling book series, the exhibition of artwork is a rare collaboration between Game of Thrones artists, and others not directly associated with the series.

Read more: What the trailer for the final Game of Thrones season reveals

Running January 23-27 at the Umspannwerk, a vast former factory in Reinickendorf, Berlin, the exhibition and book of the same name was created with the permission and cooperation of Martin and his publisher.

With some of the artists on the show having received six Emmy Awards for their bold visualization of Westeros, "Unseen Westeros" is a unique opportunity to see their imaginations run free.

Visitors can listen to an audio guide that tells the stories of the four continents, and music has also been composed for each room to heighten the atmosphere.

And if Game of Thrones obsessives need any more motivation, admission is free.

German-Iranian film composer Ramin Djawadi is behind the hit soundtracks for Game of Thrones and is currently conducting the Game of Thrones Live Concert Experience during a sellout European tour. He spoke here with DW. (17.05.2018)