As Bush plugs his memoir, European anger still simmers | World | Breaking news and perspectives from around the globe | DW | 10.11.2010

As George W. Bush returns to the public eye to promote his recently published memoirs, he is polarizing opinion. His book is unlikely to help heal the rift that emerged between the US and Europe while he was in office. 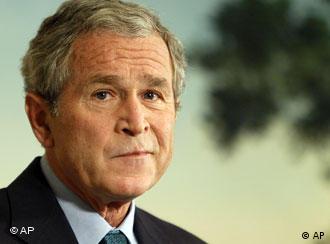 The 43rd US president's apparent mission to have his two terms in the White House reassessed and his reputation rehabilitated through his new book, "Decision Points," has many Europeans shaking their heads.

And it's not just the most inflammatory excerpts - such as Bush's assertion that water-boarding of terror suspects saved lives - that are causing an outcry.

Bush's supporters in the US say that every president has the right to defend his record; "Decision Points" shows the former president as a man who was ideologically consistent during his eight years in office.

His detractors counter that the president's mistakes and his determination to follow ill-thought-out policies - without a thought for a possible, rectifying change of direction - plunged the US into a decade of war and the worst financial crisis in over 80 years. While George W. Bush may have been a good guy with a difficult job, they say, he doesn't deserve to be rehabilitated via his memoirs. 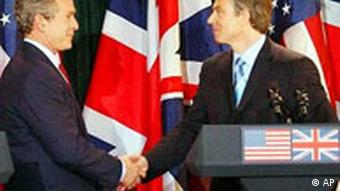 Bush says the UK's perception of him doesn't matter

If Bush's single-minded and heavy-handed approach to Afghanistan and Iraq in the wake of the terror attacks of 9/11 were damaging to his relations with his European allies at the time, his newly released memoirs appear to be giving European readers the chance get angry all over again.

Europeans, even allies, dismissed as irrelevant

"In my opinion, there’s been no change in perception of Bush in Europe," Dr. Henning Meyer, a Transatlantic Relations expert at the London School of Economics and Political Science told Deutsche Welle.

"His legacy projects, such as Iraq and Afghanistan, are still the main issues associated with his presidency and of course Europeans are still affected by these and in most cases are still in opposition to a certain degree. If you remember, Bush’s war on terror effectively split Europe. So these things have not been forgotten." 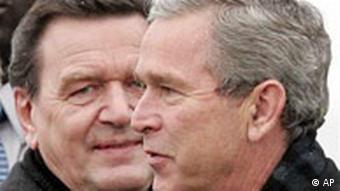 Bush didn't trust Schroeder after the latter withdrew his support

In "Decision Points," Bush is dismissive about those Europeans who had taken a risk to follow him into war in Iraq, and he talks frankly about his reputation in the one country whose leaders followed him most obediently of all: England. "It doesn't matter how people perceive me in England," he writes. "It just doesn't matter any more. And frankly, at times, it didn't matter then."

In a veiled dig at what he saw at the time as the rest of Europe's lack of stomach for the fight, Bush writes: "People in Europe said: 'Ah, man, he's a religious fanatic, cowboy, simpleton.' All that stuff... If you believe that freedom is universal, then you shouldn't be surprised when people take courageous measures to live in a free society."

He reserves his most scathing treatment for those European leaders who disappointed him most, especially during the Iraq War: former German Chancellor Gerhard Schroeder comes in for even worse treatment than former French president Jacques Chirac, Schroeder's ally in the European anti-war opposition.

In the book, Bush accuses Schroeder of abusing his trust after allegedly telling the president in 2002, before the invasion of Iraq the following year, that "what goes for Afghanistan also goes for Iraq. Nations which support terrorism must accept the consequences. If you go forward fast and resolutely, I am on your side." 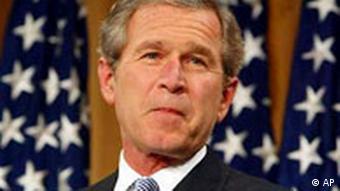 However, struggling in his re-election campaign in the fall of that year, Schroeder hitched his wagon to the huge swell of anti-war feeling in Germany and across Europe. He claims Bush is lying when he says that he had offered his support for an invasion, and that he'd made it clear all along that his support was conditional on whether Iraq really had weapons of mass destruction (WMDs).

"Schroeder's support (for the invasion of Iraq) was conditional on evidence being found of terrorists being harbored in Iraq, so when there was no evidence delivered, he withdrew his support," LSE professor Meyer told Deutsche Welle. "Bush is attempting to polish his own picture of this situation with the Germans by saying that the breakdown in relations was not his fault and that it was Schroeder who turned opinion against him."

The Bush legacy is still powerfully felt in the United States: the armed forces are embroiled in the two wars he started; the financial system is struggling to pull out of an overwhelming crisis, and politicians are scrambling to rebuild their credibility on the world stage.

But the ripples from his eight-year presidency continue to be felt in Europe as well. Under his leadership, decades of trust and cooperation between the US and European governments was damaged.

According to Thomas Klau, a Transatlantic Relations expert at the European Council for Foreign Relations, the memoir provides new fodder for Europeans who are skeptical about the US political system.

"Europeans, and Germans in particular, are still amazed that the US political system has the potential to elect such an incompetent leader who has no respect for Western values," Klau said. "While Obama gave some hope, the Germans are now saddened to see that a discredited party such as the Republicans can be re-elected as the majority in the House of Representatives."

Germans see the Republican mid-term victory as proof that "the US system and electorate has a very short memory and very little wisdom."

So far, European reaction to the Bush memoirs has been heavily affected by comments in the book that seem to advocate torture. 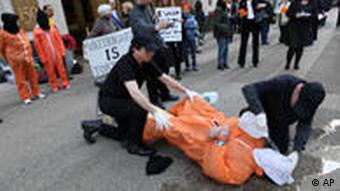 For Meyer, the water-boarding comments are "a very clear example of the philosophical differences between the Bush administration and the Europeans."

"There is a huge difference in what Bush thought was acceptable in terms of the war on terror and what the Europeans thought," he added. "Bush saw approaches such as water-boarding as not a breaking of any laws but a legitimate bending of them."

Moreover, Bush "made bold statements" that the information gained from water-boarding stopped an attack on London - a claim the UK refutes.

"Most people in Europe say that there were other ways of getting the information and that Bush’s assertions are just not true," Meyer said.

The response to his memoirs suggests that the damage Bush did to his country's reputation in Europe remains severe.

"Bush's was the worst US presidency that Europe and the world has ever seen and his legacy, in political and economic terms, will be seen as one of disaster," said Klau. "Few people will expect to see any change in this perception arising from his memoirs. In fact, it's highly likely that his already terrible reputation in Europe will take an even worse turn."

Bush may have come out with his book to try and put the record straight in his own words. But in doing so, at least in Europe, it appears that he has taken a big stick to a hornet's nest of his own making.

Former US president George W. Bush says in his new memoirs that he lost trust in his then-German counterpart Gerhard Schroeder following what he said was the chancellor's reversal on the war in Iraq. (09.11.2010)

The former US administration under George W. Bush should be made legally accountable for torture and abuse in Guantanamo, says the UN's special rapporteur on torture. But the new US president is unlikely to take action. (21.01.2009)

Barack Obama is now the 44th president of the United States, the first African-American to hold the office. George W. Bush leaves Washington with a record that is mixed at best, and what many call a failed presidency. (20.01.2009)