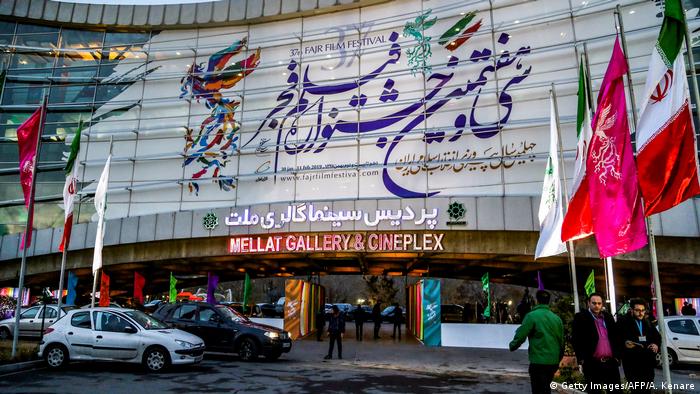 Iran's Fajr International Film Festival will skip its February 1 opening ceremony out of solidarity with the "mourning families of those martyred," according to the press department. The organizers say it is their intent to pay respects not only to Revolutionary Guard Corps General Qassem Soleimani, who was killed in a US drone strike earlier this year, but also the 176 people who died when a Ukrainian passenger jet was mistakenly shot down in Iranian airspace on January 8.

The government had initially denied any involvement in the downing of the plane, but eventually acknowledged that human error had led to the incident near Iran's capital, Tehran. Mourning following the downing of the jet quickly gave way to anger about the government's lies. Three days after the jet was destroyed, Iran's government was publicly celebrating the retaliatory rocket strikes on US army bases in Iraq, while trying to cover up the military's responsibility for the plane crash.

The film festival is Iran's most important celebration of the arts. It is held each year in February to coincide with the anniversary of the establishment of the Islamic Republic in 1979. It therefore carries huge symbolic importance for Iran's government.

The actor and director Pegah Ahangarani took to Instagram after announcing that she would boycott the film festival. "We are not citizens but hostages," she wrote.

Read more: US soldiers 'were hurt' in Iran missile attack on Iraq base

"Since November we have been backing all those protesting for a better life in Iran," the visual artist Barbad Golshiri told DW, referring to a series of demonstrations initiated by young people and disadvantaged groups that were brutally suppressed by the government. The movement later drew the support of the intelligentsia and the middle class. "There is great anger at the ministry of culture," Golshiri said,  adding that the agency is "responsible for the media, the press — and its lies." He said many fellow artists planned to boycott film, literature and music festivals in Iran this winter."We were warned and intimidated," he said, "but I refuse to be silenced." He predicts that the Fajr festival will flop as cutting-edge artists continue to join the boycott. "Without us, their so-called artists will fail," he said. "I mean how many real pieces of art have they created in the past 40 years?"

Media spread falsehoods and misleading information about the downing of the jet. Reports even lambasted Canadian Prime Minister Justin Trudeau, who had gone public saying that his government possessed reliable intelligence that a missile launched by Iran had brought the plane down. On social media, many users have pointed out that if it had not been for the many Canadian plane crash victims and the pressure by Trudeau's government to shed light on the incident, Iran might never have admitted its role in shooting down the plane.

Passengers aboard the jet with dual Canadian and Iranian citizenship, included Parisa Eghbalian and Reera Esmaeilion, the wife and 9-year-old daughter of the prominent novelist Hamed Esmaeilion, whose Thyme Is Not Fair is now in its seventh edition. Esmaeilion published an appeal on Facebook asking for help in finding his daughter's stuffed animal: "That plane carried not only people, but also books and cuddly toys, including a pink elephant called Elli. I am looking for this toy."

Esmaelion had been banned from publishing novels in Iran after the Culture Ministry rejected his work. Numerous academics and dissidents died in the plane crash, as well. Many had felt that they had no future in the country and decided to emigrate.