Art Cologne: The fair that revolutionized the way we buy art

Art Cologne, held from April 14-17, celebrates its 50th anniversary this year. The art fair was created by gallery owners out of necessity - and revolutionized public access to the art market. 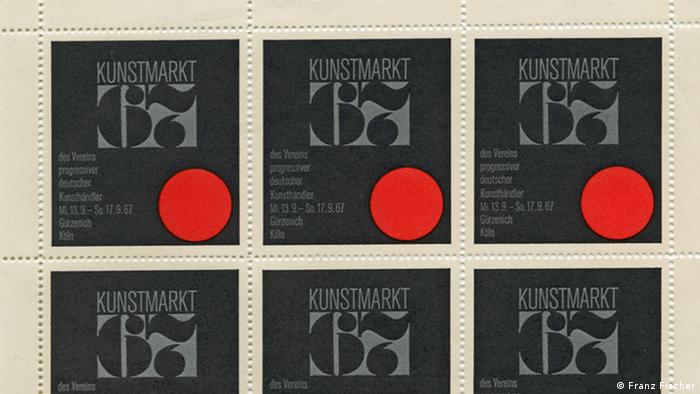 It took place for the first time in 1967 - 50 years ago. The Art Cologne fair started out as an experiment - and changed the art market radically. Masses of art buyers headed to the Gürzenich, a festival hall in the center of Cologne.

There, basic wooden cubicle panels formed small galleries, where unadorned paintings were hanging with a price tag. Despite the minimalist setup, the impressive late-Gothic foyer and ballroom where the event was held contributed to creating a bazaar atmosphere. 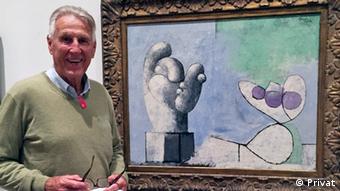 One of the founders of the first Cologne art market, Rudolf Zwirner

At the time, the art market was in a deep crisis, shaken by the first serious post-war recession. "Business wasn't good for us as gallery owners," recalls co-founder Rudolf Zwirner. Frustrated by collectors' lack of interest in contemporary German and American art, Zwirner decided to join forces with gallery owner Hein Stünke and 16 colleagues to create the Association of Progressive German Art Dealers.

They decided to organize the "Kunstmarkt 67" (Art Market 67). The fair was born out of necessity, but was considered "revolutionary," as Günter Herzog, director of the central archive of the international art market in Cologne, recently wrote in a retrospective of the event. It allowed 15,000 visitors to realize that they could "buy things that could until then only be seen at exhibitions and in museums." 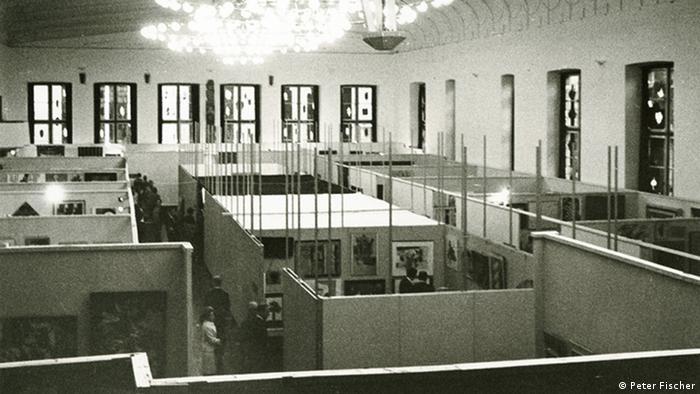 The art market, 50 years ago

This was new and it almost felt like breaking a taboo. "As the prices were publically displayed, every one could see the price of a Picasso," Zwirner told DW. "That was previously unthinkable."

Direct marketing of works of art revolted old school art dealers, as art was clearly promoted as a commodity. "It felt like the secularization of the sacred - a blasphemy," said archivist Herzog.

The first Cologne Art Fair lasted five days. The prices ranged from 20 Deutschmark for prints to 60,000 DM for top works. By the end of the event, the 18 gallery owners had reached record sales of a million marks. By comparison, a brand-new VW Beetle car cost 5,150 DM at the time - three times more than a representative oil painting by Gerhard Richter.

Fifty years later, the current director of Art Cologne, Daniel Hug, can proudly claim that "the art fair has democratized art," by allowing a wider audience to buy artworks. That changed the art market radically. 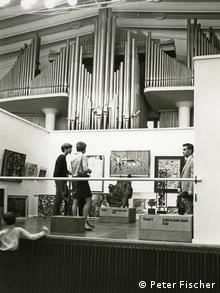 "Today there are many such fairs around the world," says co-founder Rudolf Zwirner. "The number of potential customers has increased a hundredfold. Art is no longer something restricted to the highly educated and very wealthy."

New reproduction techniques have also made art available to a larger public. "Art has developed a stronger presence in the public space," Zwirner adds.

Although competing fairs would quickly emerge worldwide, Art Cologne would continue to reflect the current state of the art market throughout the years. Some years were better than others.

The event was also at times affected by misguided marketing strategies: The organizers started too late to reach out to international markets, chose the wrong week to hold the event, or insisted too long on exclusivity.

World War II also had its aftereffects; Jewish art dealers from the US avoided the German art fair. That's how the competing event held in Basel got its edge over Cologne, and this class difference can still be felt to this day.

The Art Cologne fair has contributed to writing art history. One notable highlight was certainly the performance in 1969 of the artist Marina Abramovic, a pioneer in the genre. 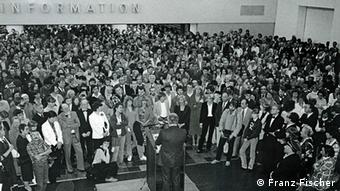 The fair took the name "Art Cologne" in 1984, and masses wanted to join the action

The following year, the Berlin gallery owner René Block sold Joseph Beuys' installation "The Pack" for a record price of 110,000 DM. In comparison, a painting by the significantly more famous US Pop artist Roy Lichtenstien cost 100,000 DM at the time.

In 1993, the Young British Artists of the Saatchi collection were guests at the event, among which, Damien Hirst with "The Physical Impossibility of Death in the Mind of Someone Living." Over 70,000 visitors could admire his shark conserved in a pool of formaldehyde.

After periods of crisis and very good years, the Art Cologne has found its fan basis. Classic modern works, postwar and contemporary art: That's the combination to be expected at the fair, this year too, as it celebrates its 50th anniversary.

Warhol, Beuys, Haring… Art gallery owner Hans Mayer has rubbed shoulders with the biggest names. He tells DW why auction prices soar to inconceivable sums - and how he got Kraftwerk in his gallery. (17.04.2015)