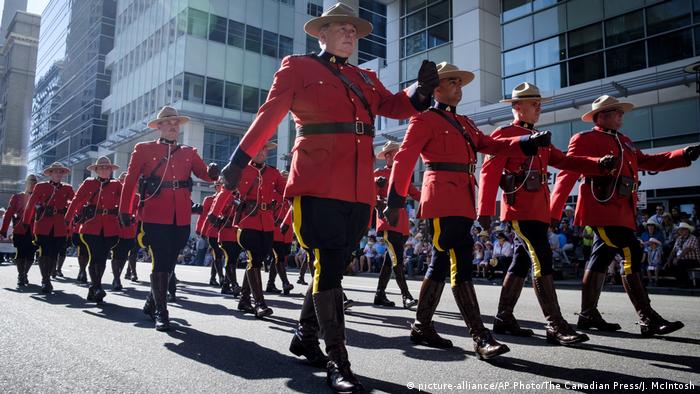 The allegations against Cameron Ortis are that he attempted to disclose classified information to a foreign entity, though the authorities did not say to whom — that he "obtained, stored, processed sensitive information, we believe with the intent to communicate it to people that he shouldn't be communicating it to," prosecutor John MacFarlane said.

As recently as August, Ortis was said to have been tasked with seeing whether some of that money was funneled through Canada, the Globe said.

"Ortis, director-general of the RCMP's National Intelligence Coordination Centre, was planning to meet for a second time with the legal team pursuing the matter alleging more than $14 million in Russian fraud proceeds were tied to Canada," the Globe and Mail reported, citing an unnamed source.

Arrested on breach of trust

The 47-year-old Ortis was a top adviser to former RCMP commissioner Bob Paulson, and was responsible for counterintelligence operations.

He was arrested in the capital, Ottawa, on Thursday and faces five charges — three under the Security of Information Act and two under criminal code provisions, including breach of trust, the RCMP said.

Ortis will appear in court for a hearing next Friday.

Concerns of "threats" from "foreign actors"

Prime Minister Justin Trudeau told reporters on the campaign trail, "I can assure you that the authorities are taking this extremely seriously," without saying more.

His Conservative opponent Andrew Scheer called it "extremely concerning" that "a senior RCMP intelligence officer has been arrested for leaking national security information."

"This is another reminder of the threats we face from foreign actors," Scheer continued.

The RCMP is concerned that Ortis stole "large quantities of information, which could compromise an untold number of investigations," according to Global News, which first reported the arrest.

Canada is a part of the "Five Eyes" intelligence alliance, alongside the US, the UK, Australia and New Zealand.

Under a new system similar to the US Magnitsky Act, the EU now has more powers to punish individuals involved in human rights violations. The new rules will make it easier to ban them from entering the bloc.

The buildings burned to the ground days after the discovery of hundreds of unmarked graves at former Indigenous residential schools run by the Catholic Church.