Argentina is going into a short, total lockdown to break its second coronavirus wave. The country hit record numbers of daily infections and deaths this week. 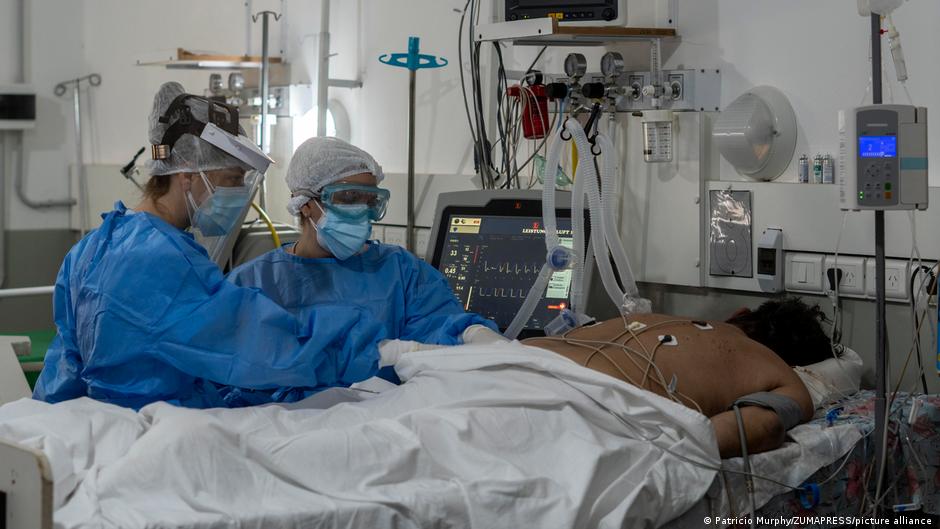 ICUs in Argentina are hitting their limits as cases soar

Starting on Saturday, most Argentines will be allowed out only from 6 a.m. to 6 p.m. local time, and they will have to stay close to their homes. Schools and non-essential businesses will be closed. Social, religious and sporting events will be banned.

With thiscircuit breaker lockdown, which will last until May 31, the Argentine government hopes to halt skyrocketing coronavirus infections. There will be another total lockdown on the weekend of June 5 and 6.

"We are living the worst moment since the pandemic began," President Alberto Fernandez said when he announced the new measure on Thursday. "Today as never before, we must all take care of ourselves to avoid all the losses that we can."

Highest numbers since the pandemic began 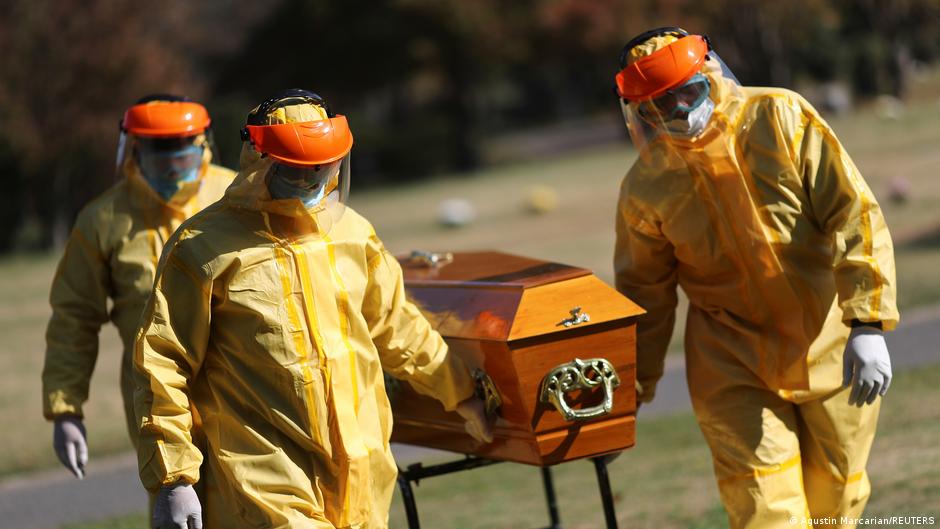 This week the country broke its pandemic records. On Tuesday, it hit 744 deaths and on Wednesday it reported 39,652 new cases. Relative to its population of 45 million, those are some of the highest daily rates in the world.

The rapid surge has strained gravediggers, who are threatening to strike if they are not vaccinated against COVID-19 soon. 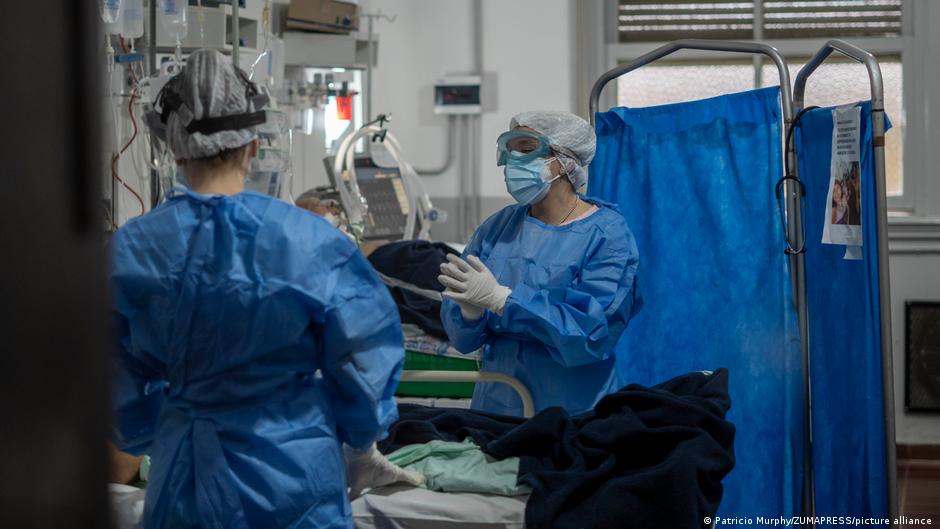 The second wave has put more pressure on ICUs

Hospital workers are also stretched thin as the second wave pushes intensive care units to their limits. The spread of the more contagious UK and Brazil variants during a sluggish vaccine campaign has fueled new infections. 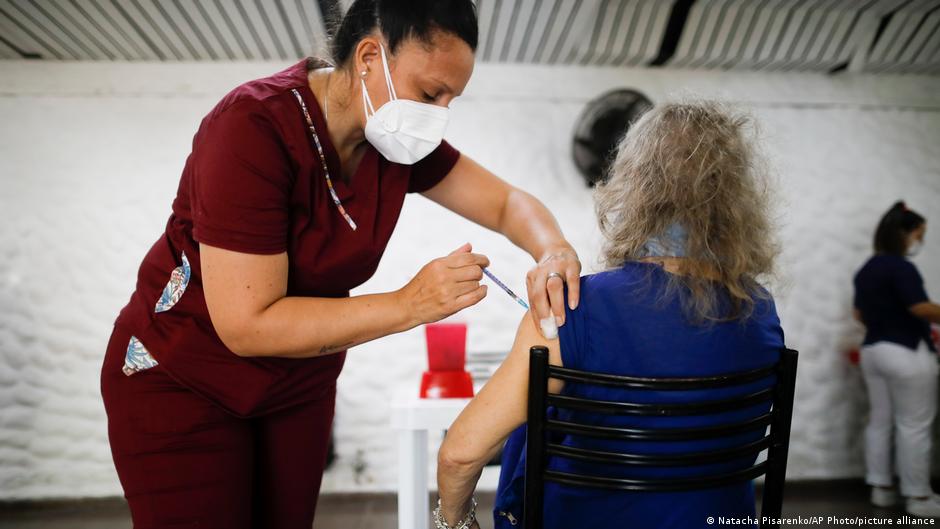 Even though Argentina was one of the first countries in Latin America to start vaccinating, delays in vaccine arrivals significantly slowed down the rollout of the campaign. So far, only 4.7% of the population has been fully inoculated, while 18.5% have had their first shot, according to the Health Ministry's monitor.

The government expects the vaccination drive to pick up as more AstraZeneca and Sputnik doses arrive, as they are meant to do in the near future.

Current measures will be back 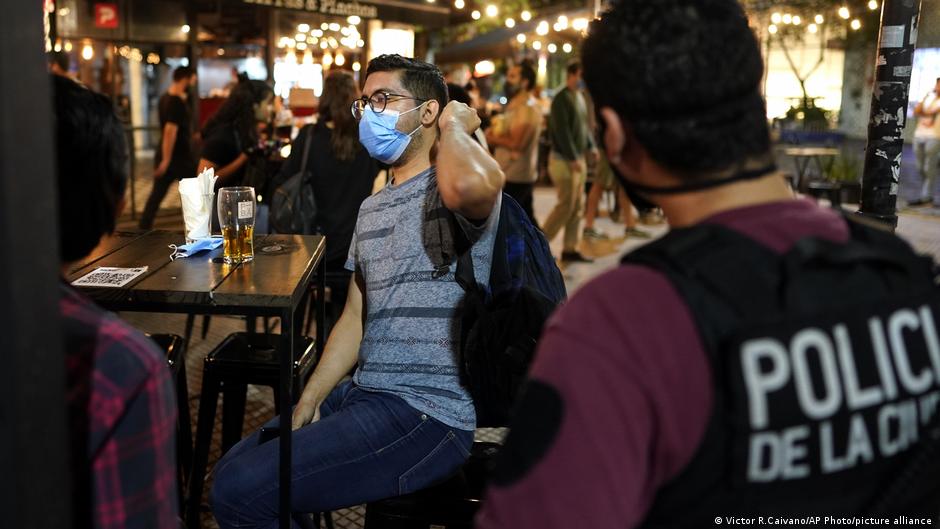 After the lockdown, bars will be able to open outdoor areas again but must still stick to a nighttime curfew

When the strict lockdown ends, Argentines will be able to return to the same measures that were previously in place. That means schools will reopen and non-essential activities can resume as long as they are not in closed spaces. 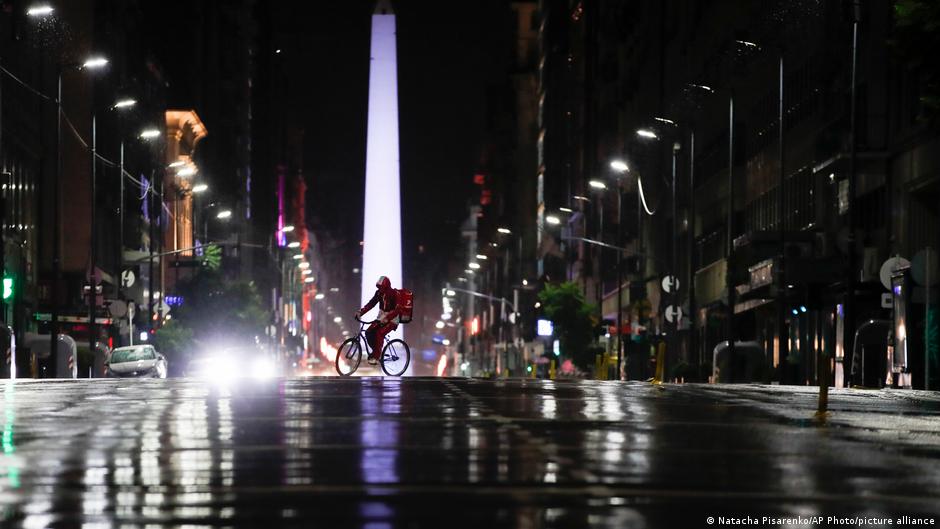 Buenos Aires has had a curfew since early April

There will also still be a curfew after the total lockdown. However, it will be slightly more relaxed, beginning at 8 p.m. instead of 6 p.m. Nighttime lockdowns have been in place in urban centers since early April.

President has faced criticism before 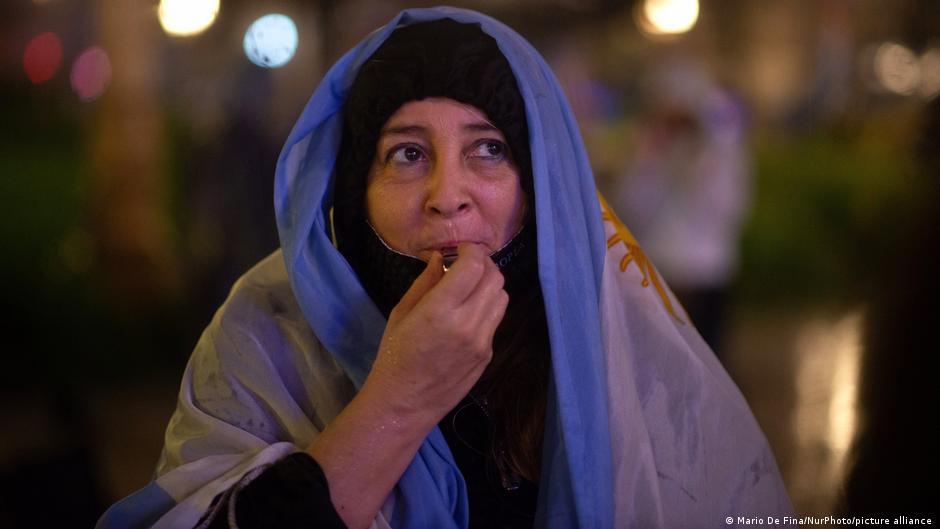 Fernandez has faced pushback for his restrictions to curb the coronavirus. Protesters have taken to the streets on several occasions this year to voice their discontent about measures like the curfew or school closures, which were later overturned.

The upcoming circuit breaker is similar to the hard lockdown Fernandez put in place in the beginning of the pandemic from March to July 2020. That was one of the longest lockdowns in the world and hit the Argentine economy hard. Fernandez has now announced an economic rescue package to support the worst-hit sectors.

Women in Argentina will now have the right to terminate pregnancy at up to 14 weeks. The Senate vote is a landmark for abortion rights in Latin America.