The Celts were long considered a barbaric and violent society. But new findings from a 2,600-year-old grave in Germany suggest the ancient people were much more sophisticated than previously thought. 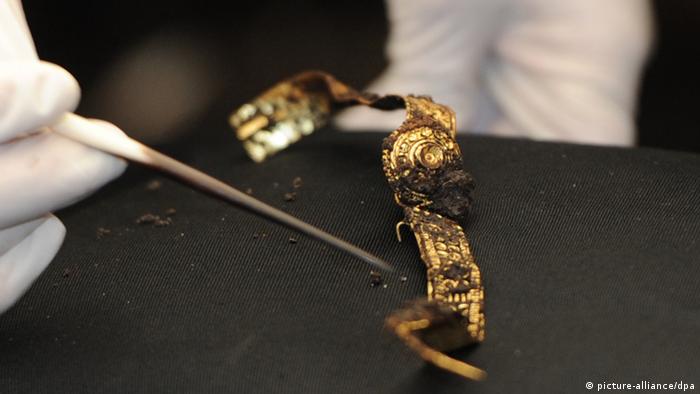 The little Bettelbühl stream on the Danube River was completely unknown, except to local residents. But that changed in the summer of 2010 when a spectacular discovery was made just next to the creek.

Not far from the Heuneburg, the site of an early Celtic settlement, researchers stumbled upon the elaborate grave of a Celtic princess. In addition to gold and amber, they found a subterranean burial chamber fitted with massive oak beams. It was an archeological sensation that, after 2,600 years, the chamber was completely intact. 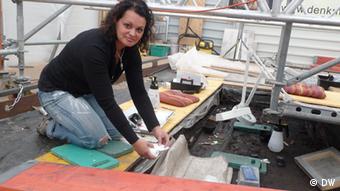 Nicole Ebinger-Rist hopes to find out who the princess was

The wooden construction was preserved by the constant flow of water from the Bettelbühl stream. "In dry ground, the wood wouldn't have had a chance to survive over so many centuries," said Nicole Ebinger-Rist, the director of the research project handling the find.

A life of luxury?

Since the rings in the wood allow them to date the other items in the burial chamber, researchers are now hoping to gain a new understanding of Celtic culture and history

The result could change our view of the Celts. Roman writers in particular described the heterogeneous people as barbaric, only excelling in violence and war. But that's a distorted view, according to Dirk L. Krausse from Baden-Wurttemberg's state office for historic preservation.

"There's also a bit of propaganda involved, since the Celts conquered Rome in the year 387 B.C., so they couldn't have been so primitive," Krausse explained. The findings at the Heuneburg near Hundersingen also indicate that the Celts living in the upper Danube region were more advanced than previously thought. 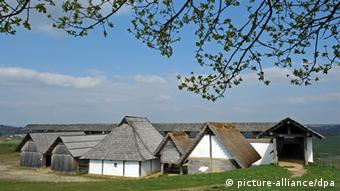 The Heuneburg was an important hub for the Celts

The Heuneburg is a center of Celtic culture in south-western Germany. In its heyday, giant security walls in the area protected a city of as many as 10,000 people. Wealthy members of society led lives of luxury: Etruscan gold jewelry, Greek wine, and Spanish tableware were all traded here. The Celtic princess's grave supports the hypothesis that her people were interested in culture and comfort.

Elaborate pearl earrings, solid gold clasps, an amber necklace and a bronze belt are just some of the findings from the grave that baffle the archeologists.

"We find objects here everyday that we cannot categorize at this time," Krausse said.

The burial chamber is not only well preserved - but also full. In most cases, archeologists find themselves digging up graves that were plundered by thieves years ago. But here, stacks of burial objects made of gold, amber, jet and bronze were discovered alongside the skeletons of the princess and an unidentified child.

It quickly became clear, however, that it would be a huge challenge to retrieve the treasures. So specialists were called upon to place a steel frame around the burial chamber and lift it out of the gravel and onto a heavy truck. The findings were then transported to a laboratory near Stuttgart, where they are now being examined in painstaking detail. 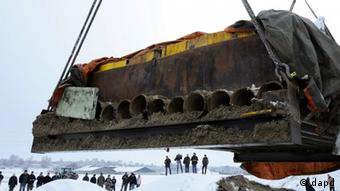 Transporting the burial chamber was a tricky undertaking

Archeologists, restorers, excavation experts, anthropologists and botanists are all investigating the 3.6-by-4.6-meter (roughly 12-by-15-foot) burial chamber, Nicole Ebinger-Rist said. "The colleagues here lie on their bellies and look down into the depths, suspended over the findings," she explained.

Every single centimeter of the find is examined with brushes, tweezers, and scrapers. "This space, which had been furnished with a lot of different objects, has shrunk to just a few millimeters due to the pressure of the earth," Ebinger-Rist said. Lasers and scanners allow the researchers to create a 3D computer image of what the burial chamber originally looked like.

In addition to the gold and amber jewelry, the researchers are also particularly interested in the plant and animal remains found in the chamber. "The organic material is actually just as important as the artifacts because it gives us information about their burial rituals," Ebinger-Rist added.

When the excavation of the grave is completed this spring, the six-person team will begin two years of detailed research. For Ebinger-Rist, the priority is to uncover the identity of the buried princess. "We call her a princess, but we actually know very little about the social organization of the time because we don't have any written sources." 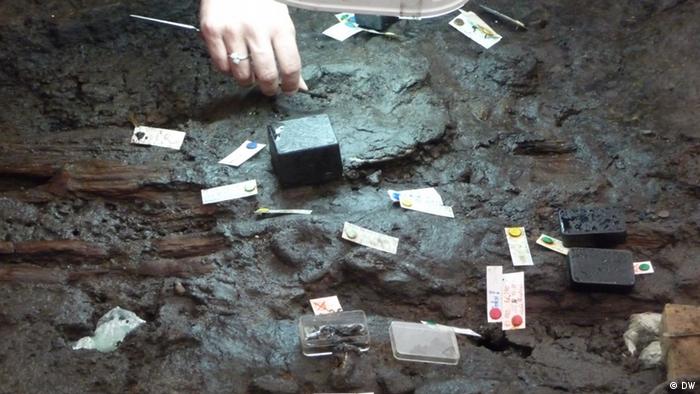 The researches are also hoping to learn more about the Celts' wars of domination - one of the greatest mysteries of central European history. Experts still don't know why the Celts were advancing quickly from the sixth century B.C. until the birth of Christ and then abruptly disappeared from the scene.

Should that mystery be solved, then the tiny Bettelbühl creek in south-western Germany will also go down in history. Without its steady flow, the princess's burial chamber likely wouldn't have survived its 2,600-year sleep.

Two-thousand years of biblical history lay buried 14 meters beneath the Lutheran Church of the Redeemer in Jerusalem. German archaeologist Dieter Vieweger led the excavation of the site. (17.01.2013)