He's one of a handful of men to have orbited the moon. Today, Alfred M. Worden says NASA's on the wrong track. He also tells DW why he likes the moon's dark side and what he wanted most - but didn't get - upon returning. 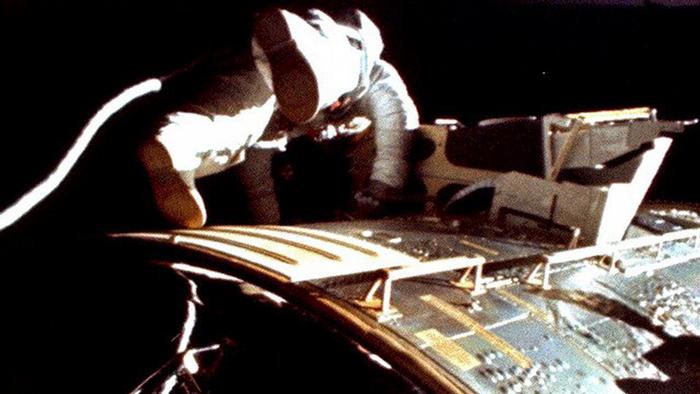 DW: What comes to mind when you see the moon at night?

Alfred M. Worden: Well, it's been more than 43 years since I was there. And I think if you go anywhere, 43 years later those memories are pretty dim in your mind, and it's pretty hard to recapture that. But I will tell you - if the moon is right, and particularly if I have some young people with me, I use it as a training tool to get them excited about astronomy. So I do use the moon, but don't just look at the moon and philosophize about what I did.

You witnessed magic moments of manned space flight - the Apollo era. How was it?

Every single person who worked on the program had one goal in mind: Get the guys on the moon and bring them back safely. There was no bureaucracy. If we had a problem, we sat around a table, we discussed it, and we decided then what to do. We listened to everybody. And then we gave an opinion. And we got through a lot of technical issues very quickly and came to the right conclusions, because everybody came together at the work level.

Nobody was trying to improve their position or ensure that their position did not go away. We did not have any managers that were jockeying for position to go higher. Everybody tried to do what was right to go to moon. 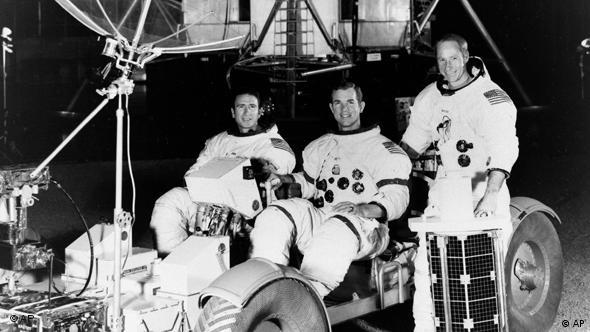 Today that's completely the opposite. NASA has gotten very bureaucratic, just like every other government agency. It's called: I am gonna do whatever it takes to keep my job.

We took a step backwards back in the late 70s when they decided to build the space shuttle. That was, in my opinion, a mistake. The shuttle was a very complicated machine. It did some pretty unusual, clearly spectacular things, like launch vertically and land horizontally. But from a technical standpoint, we launched a 280,000 pound machine to carry 25,000 pounds up to space. To go to the International Space Station.

If we had maintained the Saturn V as a launch vehicle, we would have put eight times as much into Earth's orbit. What's interesting to me is: We are going back to the Saturn V system for the future programs. The Orion space ship is almost a carbon copy of the Apollo spacecraft.

I've been disappointed with the program over the last 30 years. I'm having a hard time with the International Space Station - to decide whether that's a mistake …. I think from a political standpoint, the ISS has been a good thing. It brought a lot of countries together. But I question what we got out of it for 100 billion dollars (89 billion euros). That's a lot of money to spend.

On the other hand - if the Space Station were used for what I believe it ought be used for, it would be an investment in the future. That's the real value of a space station: You can take all kinds of fuel in many little pieces and put it in a big tank up there. And when you get ready to go to Mars - take that big tank and load it under your space craft and off you go! Instead of trying to get it all off the earth at one time. I think there's a lot of potential out there. But I'm just not sure we're playing it the right way.

Should we go back to the moon? 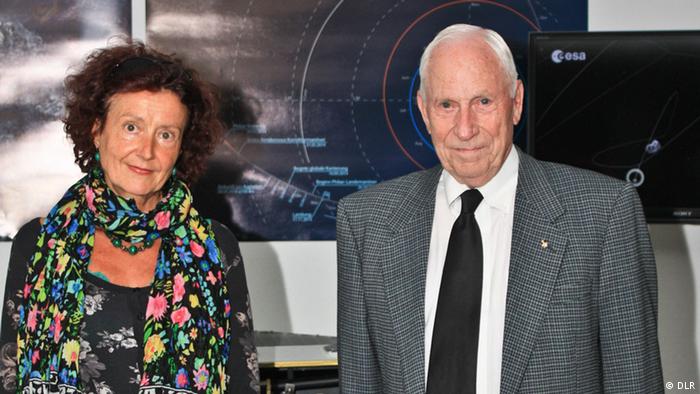 DW's Cornelia Borrmann met up with the American astronaut in Berlin

What were the biggest challenges on your trip?

On the technical side, I guess the first challenge was removing the Lunar Module from the Saturn V rocket. That was a very delicate maneuver. If that had not gone right, that would have absolutely destroyed the rest of the flight. So it had to be done quickly.

The next one was doing the navigation on the way out. Also very delicate. We had a sextant, just like ancient mariners used. Getting a little sextant lined up to the stars, getting the angles, getting the computer to calculate all that. And then finding out that we had the same information, we had the same solutions, let's say, that Houston had. That was kind of nice.

You have to be very precise with that, got to keep the space craft very quiet, not moving. You see, a spacecraft going to moon - you can make move it just by moving around. It's very easy.

Cruising around the moon, alone in a capsule, far away from Earth - sounds scary?

I loved it! The backside [of the moon] is where I did not have to talk to Houston. I thought that was the best part of flight. I purely enjoyed never having to talk to Houston. So I was pretty much by myself. Isolated one would say .... Nobody bothered me and I loved that. I could do what I had to do. Didn't have to worry about keeping somebody informed on what I was doing. That was the best part of flight, I loved it.

What were you looking forward to when you came back? Taking a shower?

Hmm (laughs)..... A glass of vodka was my thing! When I got out of the spacecraft, I wanted a guy to be standing there with a glass of vodka on the rocks. He had beer instead. So I had a beer.

The European Space Agency's Marc Toussaint tells DW what's on the horizon for future launchers: Reusability and cost-effectiveness - and really big rockets for exploration of space. (14.01.2015)

A new discovery by astronomers doubles the number of known planets that could support life. Some of the researchers believe it is only a matter of time before we find life beyond the Earth. (07.01.2015)

The first flight of spaceship Dragon with a reusable Falcon 9 rocket has been postponed at the last minute. The recycling system is supposed to make space travel much cheaper in the future. (06.01.2015)