Astronauts return after partial evacuation at the International Space Station

Astronauts on the International Space Station have returned to the American section after an evacuation. Sensors reported a toxic substance leak on Wednesday. A computer failure may have triggered the false alarm. 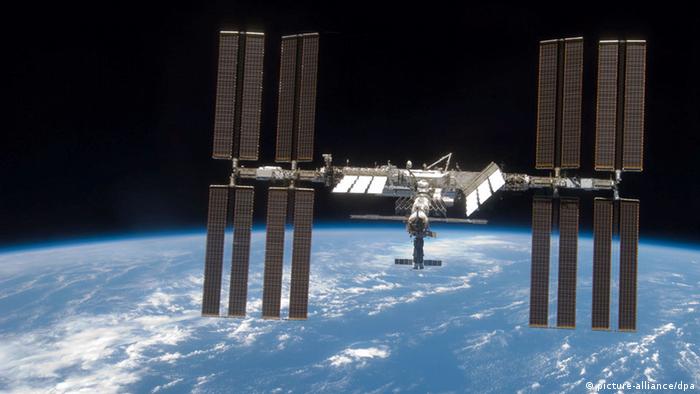 Three astronauts moved back into the American section of the International Space Station (ISS) after getting the all-clear from NASA over a suspected toxic leak. The astronauts were wearing protective masks as they entered the cabin.

They sampled the air "and reported no indications of any ammonia," the NASA blog said. The three astronauts crowded into the Russian cabin of the ISS for about 11 hours while NASA flight controllers checked out signs that could have indicated an ammonia leak.

The cause of the false alarm was being investigated. NASA officials said they suspected an error message in one of the station's computer relay systems. When the relay was shut off and back on, the error message was cleared, they said.

Ammonia, which the Russian space agency Roskosmos mentioned as a cause of the incident, is highly toxic, and it is used as cooling agent on the station which orbits at 400 kilometers (248 miles) above the surface of the earth. Traces of impurities in the Russian section are "within allowed values," Maxim Matyushin, head of Russia's Mission Control Center said to the Russian Interfax news agency.

However,the US space agency said it could not confirm that an ammonia leak was the cause, as the Russian space agency reported earlier.

"ISS flight controllers are not sure if the alarm was triggered by a pressure spike, a faulty sensor, or a problem in a computer relay box," NASA said earlier on Twitter.

An American astronaut and two Russian cosmonauts have returned to Earth. They served for nearly half a year on the International Space Station. (11.09.2014)