More than a million people worldwide die each year from infections linked to microbes resistant to antibiotics, a new study has found. Researchers describe the threat as "one of the greatest challenges facing humanity." 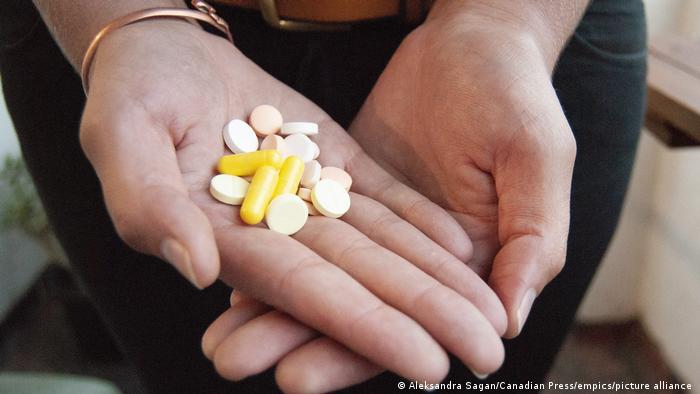 Superbug infections killed 1.2 million people in 2019, according to a study published in The Lancet on Thursday.

"These new data reveal the true scale of antimicrobial resistance worldwide, and are a clear signal that we must act now to combat the threat," said study co-author Chris Murray of the University of Washington.

The study found that antimicrobial resistance (AMR) killed more people than HIV and Aids or malaria.

Deadly Bacteria - When antibiotics are outsmarted

"Previous estimates had predicted 10 million annual deaths from AMR by 2050, but we now know for certain that we are already far closer to that figure than we thought," Murray said.

AMR's impact is now most severe in Sub-Saharan Africa and South Asia, while around one in five deaths is in children aged under five years

New measures needed to deal with the threat

The overuse of antibiotics in recent years pushed microorganisms to evolve into superbugs meaning they are becoming less effective against serious infections.

The World Health Organization warned that none of the 43 antibiotics in development or recently approved medicines were enough to combat antimicrobial resistance.

Out of the seven deadliest drug-resistant bacteria, vaccines are only available for two.

"AMR is already one of the greatest challenges facing humanity. Behind these new numbers are families and communities who are tragically bearing the brunt of the silent AMR pandemic. We must use this data as a warning signal to spur on action at every level," UK Special Envoy on Antimicrobial Resistance, Sally Davies said

The report highlights an urgent need to use antibiotics better, do more to monitor, prevent, and control infections, boost clean water and sanitation resources, and fund new drug development.