The Bagelstein shop in Paris's historic Ile Saint-Louis district has been targeted before, the owner said. France has seen a massive uptick in anti-Jewish incidents in the past year. 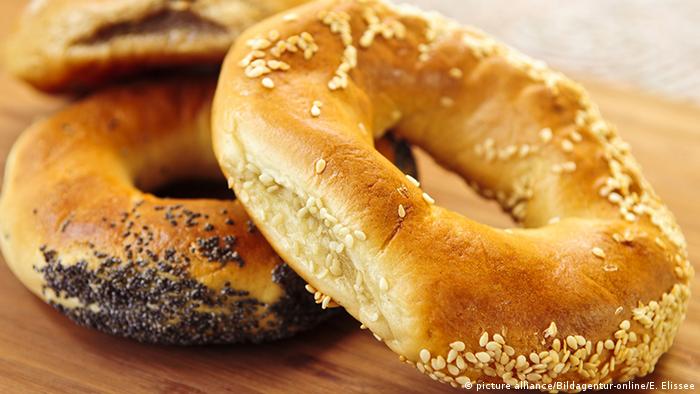 The managers of the Bagelstein restaurant in Paris's 6th arrondissement said on Sunday that they had been the victims of an anti-Semitic attack. The store window had been graffitied with the German word meaning "Jews" in yellow paint overnight.

"We discovered the tag on Saturday morning, and it was probably done on Friday night into Saturday," co-founder of the chain, Gilles Abecassis, told French news agency AFP on Sunday. He added that some of their other windows have also been vandalized in the past.

Abecassis said that he thought the yellow color of the graffiti was significant, not because of the recent yellow vest protests in France, but "maybe for the Star of David," armbands the Nazis forced Jews to wear.

"One anti-Semitic tag in the middle of Paris is one too many," Interior Minister Christophe Castaner wrote on Twitter. "Our response: to do everything we can so that the perpetrator of this ignominous act is condemned."

The Council of Jewish Institutions in France (CRIF) called it a "revolting" act that "recalls the darkest hours of history."

France saw a 69 percent uptick in anti-Semitic attacks in 2018 according to an Israeli report about anti-Semitism around the world.

"We are shocked, but tomorrow will we respond to these morons," said Abecassis, saying that the restaurant had received "thousands of messages of support," from all around the world.

The sentencing in France of three men for an anti-Semitic rape-robbery in Paris in 2014 has revived concerns within the Jewish community. The men's defense lawyer claimed they were not anti-Semitic but ignorant. (07.07.2018)

France awards Legion of Honor to slain schoolteacher 11m ago