Anti-racism song 'This is America' declared best at Grammys

The politically charged "This is America" claimed the awards for best song, best music video and record of the year at the Grammys. The clip, created by Childish Gambino, comments on racism and gun violence in the US. 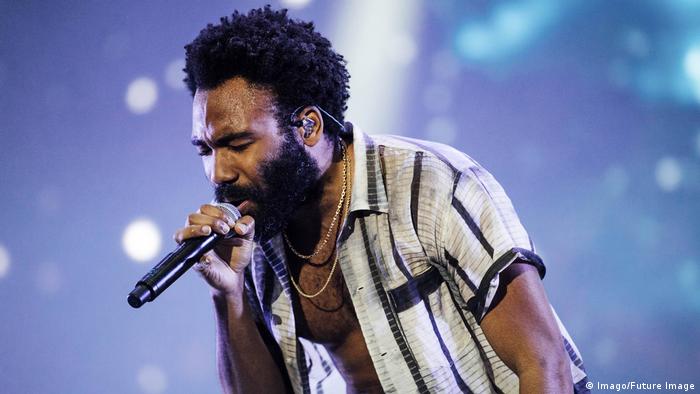 Actor Donald Glover took home the award for Record of the Year and Song of the Year at 2019 Grammy Awards on Sunday for his 'This is America' video.

The trap gospel song was written and produced by Glover, working under the pseudonym Childish Gambino, alongside Ludwig Goransson. The video and lyrics highlight thorny political issues in the US, including gun violence, black stereotypes, and racism. Glover also claimed the award for best music video and best rap/sung performance.

Artist Cardi B became the first woman in the event's history to win best rap album, awarded for her "Invasion of Privacy."

"The nerves are so bad," she said, visibly shaking on stage. "Maybe I need to start smoking weed."

Nashville-based star Kacey Musgraves won Album of the Year for her "Golden Hour," in which she combines country music with psychedelic influences.

Ahead of the main ceremony, the US Recording Academy announced the winners in dozens of its many categories, which span country and gospel to rock, metal, and hip-hop.

Singer Ariana Grande won the first Grammy of her career for "Sweetener," which was proclaimed the best pop vocal album of the year. However, the 25-year-old musician did not appear in person to take the gramophone-shaped award statue. Grande was originally due to perform at the event. However, the talks with the academy fell through and the music star slammed Grammy producer Ken Ehrlich over the account he provided on Thursday. Ehrlich had said that the talks have gone on too long to let Grande plan a performance, but the singer said she pulled out after she felt her "creativity & self expression was stifled."

Hollywood star Hugh Jackman was also absent for his first Grammy, which was bestowed for the movie "The Greatest Showman" in the category of best compilation soundtrack for visual media. Lady Gaga and movie star Bradley Cooper claimed the best pop award for "Shallow", a number written for a musical drama "A Star is Born." The song was also declared the best song written for visual media in 2018.

Composer Ludwig Goransson won the best score soundtrack award for another Hollywood hit, "Black Panther," which focuses on a black superhero in Africa.

Former US President Jimmy Carter won his third Grammy on Sunday for his book "Faith – A Journey for All." The 94-year-old politician and activist read the book himself, qualifying the work for the "Best Spoken Word Album" category. He has won two previous awards, in 2007 and 2016, in the same category.

"Music shows us that all of it matters — every story within every voice, every note within every song," she said.