Nigerian-born Toni Iwobi is the League's spokesperson on migration. He follows the party line which includes proposals to make it easier to deport migrants and withdraw benefits from those who break rules. 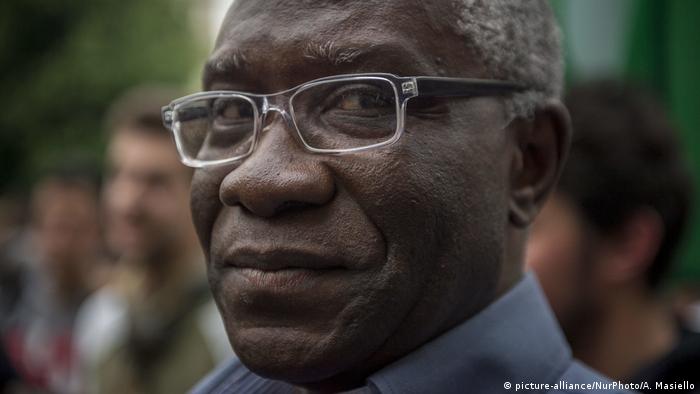 The 62-year-old Iwobi of Spirano in Lombardy announced "with great emotion" on his Facebook page on Tuesday that he had been elected to the senate.

"I am very thrilled to tell you that I have been elected senator… A new adventure is about to begin," Iwobi wrote after Sunday's election as a candidate for the League, which has become the major force in the center-right coalition.

Iwobi is the first black member of the upper house of parliament, but there have been two black members of the lower Chamber of Deputies: Jean-Leonard Touadi and Cecile Kyenge — both of the center-left PD party. Kyenge served as minister of integration in the previous government.

The League came third overall, behind the anti-establishment Five Star Movement and the PD in Sunday's election with about 17 percent of the vote. League leader Matteo Salvini said "We have the right and duty to govern," but he needs the support of former premier Silvio Berlusconi's Forza Italia and two other right wing parties to get near the 40 percent threshold to form a government.

Born in Gusau in northern Nigeria, Iwobi came to Italy forty years ago as a student and later married an Italian woman before starting an IT company. He became a municipal councillor for the League in Spirano in the 1990s and has been the League party's spokesman on migration since 2014.

The League program includes proposals to make it easier to deport migrants, to use economic incentives for countries to take back their nationals from Italy and to refuse to take in some migrants rescued in the Mediterranean. The party wants Italy to renegotiate the agreements with the EU to house migrants, to withdraw benefits for people who break the rules or commit a crime and to include a test for children of immigrants applying for citizenship.

How to deal with racism

Iwobi used the slogan #StopInvasione ("Stop Invasion") during his campaign and claims the League would help people "in their own home" rather than in Italy.

"Discrimination begins when there are no rules and the state… lets anyone in. Illegality leads directly to violence and a racist response," Iwobi said in January. "The League supports healthy and controlled immigration which can act as a bulwark against racism."

Iwobi has been encouraged by Salvini, who said he thought the new senator would "do more for legal immigrants in one month than Kyenge did in her entire life," in reference to the former PD integration minister.

Asked about Iwobi on Tuesday, Salvini said "racism in Italy is only on the left."

The Day with Brent Goff: Arrivederci to the Left