When nine former members of Siemens' executive board agreed to pay compensation for their role in the company's corruption scandal, they may have set the ball rolling for a brave new world of corporate governance. 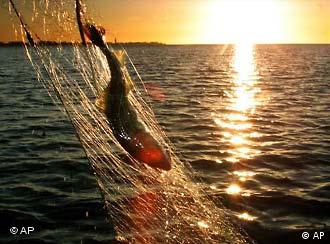 The corporate governance net is closing in on slippery business practices

It was the first high-profile case of its kind. But it was not - according to Gerhard Cromme, the chairman of Siemens supervisory board - the last. In an interview with the Financial Times, he said he expected to see more such cases coming to light in the future.

"This has shown that the room for maneuver is very, very limited for supervisory board members," Cromme said. "They have no choice but to claim damages in cases of wrongdoing by former managers, as shareholders will otherwise sue the supervisory board."

That was not something Siemens, which has already forked out some 2.5 billion euros ($3.77 billion) in legal bills and fines, wanted to happen. Having now at least come to a tentative agreement with most of the former board members embroiled in the scandal, the engineering giant is looking at recouping some of what it spent. But the amount -- in the millions rather than the billions -- is more symbolic than truly compensatory. 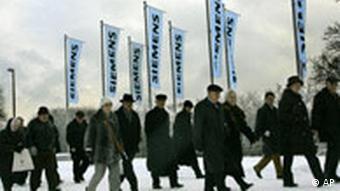 If Siemens had not taken action, shareholders would have sued

And that being the case, one could be forgiven for asking: what's the point? Professor Kai Bussmann, Chair of Penal Law and Criminology at the University of Halle, says it is about turning the biggest ever national corruption scandal into a clear precedent.

"In Germany we can differentiate between the time before Siemens and the time after Siemens," Bussmann told Deutsche Welle. "Since the scandal, the German business world has begun to take corruption seriously."

He says increasing numbers of companies have introduced whistle-blowing systems and compliance and business ethics programs. And he insists that they understand the importance of the new values.

"Before Siemens nobody had any time for the work of compliance representatives," Bussmann said. "But that has changed because companies have now recognized that the justice system is getting stricter."

Closing in on corruption

The harder legal line taken against corrupt white-collar workers means they don't actually have to be accused of corruption to fall on the wrong side of the law. Not doing enough to prevent it is enough. Former Siemens CEO Heinrich von Pierer - who still protests his innocence - is a case in point. 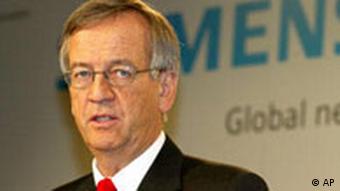 Heinrich von Pierer has agreed to pay compensation, but still protests his innocence

But Bssmann believes von Pierer has failed to understand the issue. "Members of Siemens told the courts that although there were guidelines in place for the prevention of corruption, nobody took them seriously. And he is liable for that."

It is complex terrain and Christian Humborg, Managing Director of Transparency Germany, says there are likely to be other cases which consequently never make it into the public arena.

"It is legally very difficult to prove a breach in supervisory duties," he told Deutsche Welle. "How can you prove that they knew something but chose to do nothing about it?"

The types of governance monitoring systems now finding their way across the Atlantic and into the German workplace should ultimately eradicate any margin for error on the issue of responsibility. In future, companies accused of corruption will be legally bound to prove that they operated a program of compliance monitoring. 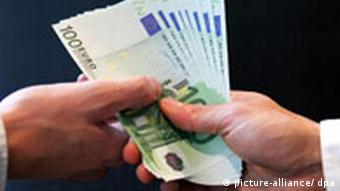 Germany wants to make the risks greater than the gains

Such legislation is a departure for a country which only got around to outlawing bribery in 1999, and which "took until 2006 for the last manager to recognize the huge legal and financial implications of corruption," according to Humborg.

Four years on, the anti-corruption advocate says many large companies have addressed the necessary issues, but concedes that there is still room for improvement. The country currently ranks fifth from the bottom of Transparency's 22-nation bribe payers index.

In order to slip right off the scale altogether, Bussmann says Germany's managers have to recognize the severity of the consequences they and their companies will face if they get caught in the corruption net.

"Managers should learn that keeping clean is the better strategy in the long run," he said. "And I think they are starting to notice that."

German industrial giant Siemens is close to reaching a settlement with three of the company's former board members over a corruption damages claim. (28.08.2009)

A court in Munich has ordered that the former head of Siemens' Greek operation be sent to Greece to face money laundering and bribery charges. Michael Christoforakos had fought the extradition. (12.08.2009)