Cold, white, forever icy – the Antarctic should be the last place to melt in a warming climate. But a new study shows the ice continent could become the major contributor to sea level rise before the end of the century. 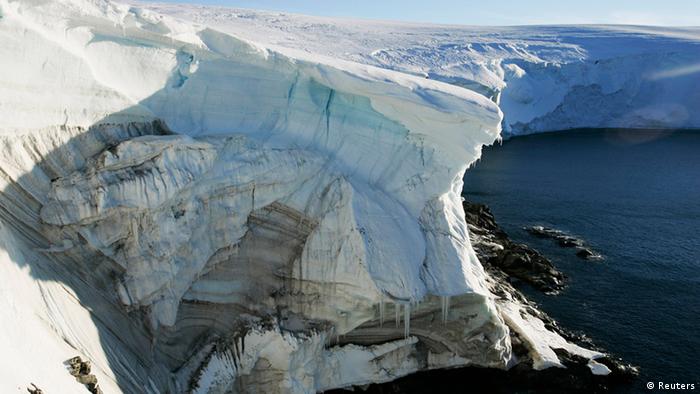 Melting ice from the frozen continent of Antarctica currently makes up less than 10 percent of the observed rise in global sea levels - the rest comes from the thermal expansion of warming seas, and from melting glaciers and the Greenland ice sheet.

But a new analysis by an international team of scientists headed by the Potsdam Institute for Climate Impact Research (PIK) suggests this could change dramatically in the coming decades.

"If greenhouse gas emissions continue to rise as they have been doing, ice loss in the Antarctic could become the biggest contributor much earlier than expected, raising global sea level further by up to 37 centimeters [about 15 inches] by the end of this century," says lead author Anders Levermann.

Levermann, who is a physics professor for climate dynamics and co-chair of sustainable solutions at PIK, was also lead author of the chapter in the latest IPCC report on sea-level change.

In an interview with Deutsche Welle earlier this summer, he said the report's projections for the 21st century would probably still hold, in spite of new research showing irreversible melting of the West Antarctic ice sheet, because the Antarctic melt "is not going to happen overnight." 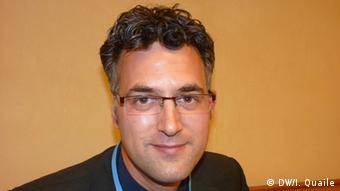 However, the latest study - which combines physical climate and ocean and ice models with observed data - indicates that Antarctic ice melt could raise the sea level faster than previously anticipated, overtaking the IPCC projections for sea level rise.

Even in an ambitious climate action scenario where emissions were reduced to keep global temperature rise to a maximum of 2 degrees centigrade (3.6 degrees Fahrenheit), the Antarctic could still cause up to 23 centimeters of global sea level rise, according to Levermann and his colleagues.

Unlike Arctic and mountain glaciers, which are affected mostly by surface melt, the discharge of Antarctic ice into the ocean is caused by ocean warming itself. This means that year-round icy air temperatures do not protect the region against ice loss.

"The ice in Antarctica all around the coast is in contact with the ocean," Levermann explained to DW. This would set off a chain effect, he explained: "A little bit of warming of the ocean can cause melting of the ice sheet. Then you can get a flow of ice into the ocean, then calving into icebergs, and that would elevate sea level."

Research earlier this year showed that the western Antarctic ice sheet has already started to melt, even reaching a point of no return. "We have entered a new era of irreversible climate change, because we know now that western Antarctica has tipped," Levermann told DW.

Although the melting process of West Antarctica appears to be unstoppable, the scientists say emissions reductions to halt climate change can still influence the rate at which sea level rises, and prevent irreversible melting in other areas such as the East Antarctic.

Pam Pearson is director of the International Cryosphere Climate Initiative, an organization of experts concerned about the effects of climate change on the ice- and snow-covered regions of the globe. 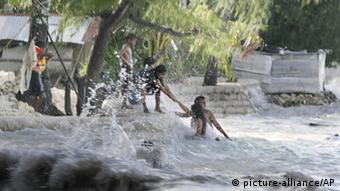 "We know we will have a certain amount of sea level rise through ice discharge. But by reducing emissions between now and 2030, we can slow that rate so that communities have a chance to move or at least respond," she told DW. Pearson calls this the "cryosphere imperative."

In the run-up to important international climate meetings coming up later this year, the organization is calling on politicians and decision-makers to take "aggressive action on climate change."

Unpopular policies designed to reduce fossil fuel consumption may be politically risky, but are essential to avert the dangers posed to coastal regions by rising seas, says Pearson.

The study projects a wide range of possible outcomes, with sea level rising between 1 and 37 centimeters by the end of the century.

"That is why we use the term 'risk,'" says Levermann. "Scientists must state this kind of uncertainty clearly, so that decision-makers in coastal areas and huge cities like Shanghai or New York can include possible impacts in their planning processes."

Robert Bindschadler from NASA's Goddard Space Flight Center, co-author of the new study, stresses its importance in helping decision-makers prepare for the future impacts of ice melt on sea level.

"Billions of dollars, euro and [Chinese] yuan are at stake here," says Bindschadler. He emphasizes that rising sea level is a runaway effect of climate change, which may have major consequences for hundreds of millions of coastal residents around the world.