Activists say the self-styled "Islamic State" has damaged another temple in the Syrian city of Palmyra. The UNESCO World Heritage Site is being systematically razed following occupation by the Islamist militants. 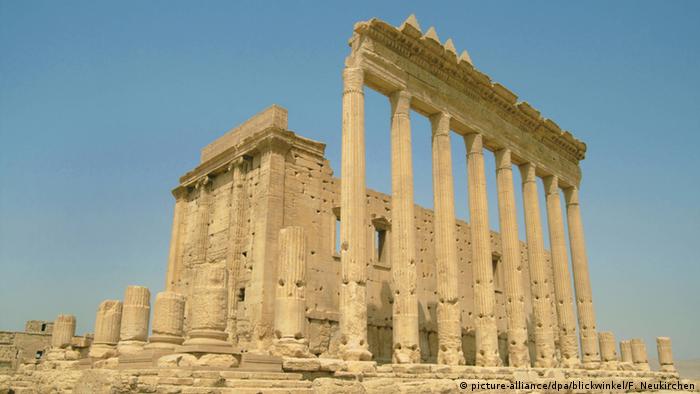 Palmyra resident Nasser al-Thaer told the AP news agency that a huge explosion could be heard Sunday afternoon. He said the Bel Temple in the ancient city was in "total destruction" and that "the bricks and the columns are on the ground." He added that only the wall of the temple remains.

For Islamic State - which captured the UNESCO World Heritage site in May - any pagan artifacts are an affront to its interpretation of Islam and must be destroyed. 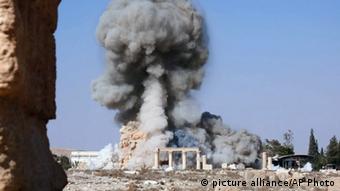 This undated photo released August 25, 2015 shows smoke from the detonation of the 2,000-year-old temple of Baalshamin.

The jihadists have already blown up other irreplaceable monuments in Iraq, including the 3,000-year-old Assyrian city of Nimrud. The group has released videos showing its fighters destroying statues in the Parthian city of Hatra, which may date back to the first century BC.

The latest bout of destruction targeted the Temple of Bel, a Roman-era compound of pillars and columns that was dedicated to the Semitic god of Bel. A week earlier, the 2,000-year-old temple of Baalshamin, one of the best-preserved sites in the city, was destroyed with explosives.

UNESCO has called the wanton destruction a war crime.

"Palmyra contains the monumental ruins of a great city that was one of the most important cultural centres of the ancient world," UNESCO, the UN's cultural body, said in a statement. 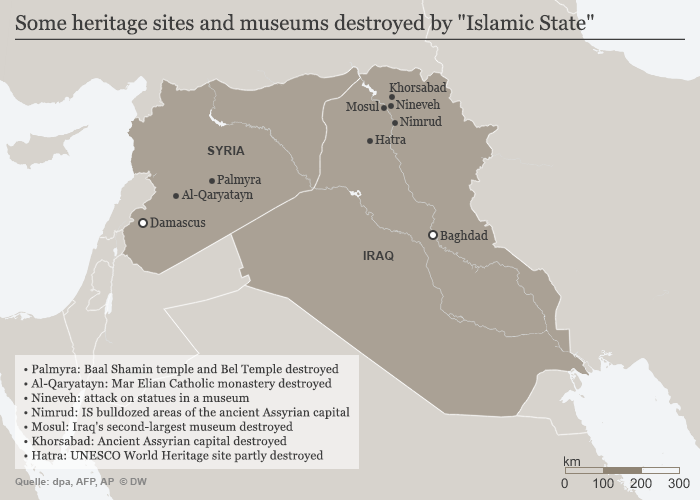 This month the group beheaded the 82-year-old Syrian archaeologist Khaled al-Asaad, who had curated Palmyra's ruins for four decades. His body was later hung in public, according to Syria's antiquities chief.

IS has reportedly beheaded a prominent Syrian antiquities scholar in Palmyra before hanging his body from a column. Khaled al-Asaad, 82, was taken hostage after the group seized the ancient site earlier this year. (19.08.2015)

Palmyra: Destruction of an oasis of cultural history