IS has reportedly beheaded a prominent Syrian antiquities scholar in Palmyra before hanging his body from a column. Khaled al-Asaad, 82, was taken hostage after the group seized the ancient site earlier this year. 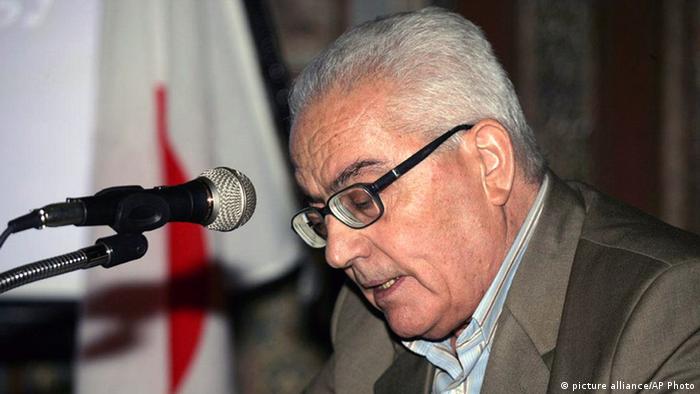 Khaled al-Asaad, who had looked after the ancient ruins of Palmyra in Syria for more than 50 years before Islamic State (IS) captured the UNESCO World Heritage site in May, was reportedly beheaded Tuesday afternoon in a square outside the town's museum.

Dozens of people gathered to witness the killing, before his body was taken to Palmyra's archaeological site and hung from one of the Roman columns, Syrian state news agency SANA and the Britain-based Syrian Observatory for Human Rights said Wednesday.

Al-Asaad, who had been held by the IS for about a month, had been in charge of Palmyra's archaeological site for four decades until he retired in 2003, at which point he worked as an expert on the ancient ruins with the Antiquities and Museums Department.

Archaeologist was an 'important pioneer'

Al-Asaad was "one of the most important pioneers in Syrian archaeology in the 20th century," said Maamoun Abdulkarim, the head of the Antiquities and Museums Department in Damascus.

"Just imagine that such a scholar who gave such memorable services to the place and to history would be beheaded ... and his corpse still hanging from one of the ancient columns in the centre of a square in Palmyra," Abdulkarim said.

"The continued presence of these criminals in this city is a curse and bad omen on [Palmyra] and every column and every archaeological piece in it."

IS had tried to extract information from al-Asaad about where some of the town's treasures had been hidden to save them from the militants, said Abdulkarim.

The extremist group's harsh version of Islam considers statues and grave markers to be idolatrous, and the group has destroyed antiquities and heritage sites in territory under its control in Syria and Iraq. 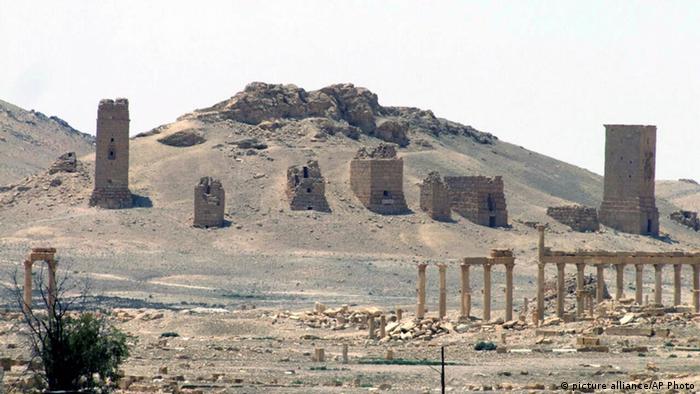 IS seized renowned heritage site Palmyra on May 21, prompting international fears over the fate of the city's antiquities.

So far, Palmyra's most famous sites have remained intact since falling to IS, but there are reports the extremists have mined them, and the militants destroyed a lion statue in the town dating back to the 2nd century in late June.

Most of the pieces in the city's museum were evacuated by antiquities staff before IS arrived, although the militant group has blown up several historic Muslim graves.

Al-Asaad's killing is the latest atrocity committed by the militant group, which has captured a third of both Syria and Iraq.

In early July, IS released a video showing the killing of some 20 captured government soldiers in Palmyra's amphitheater. The captives were shot dead by young IS members armed with pistols, with hundreds of people seen watching the killings.