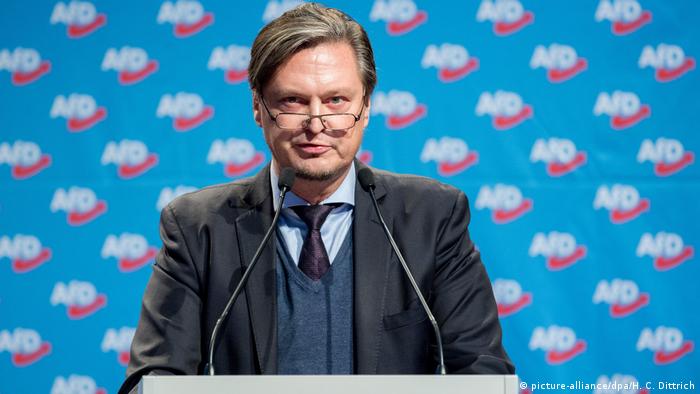 A car belonging to a member of Germany's far-right Alternative für Deutschland (AfD) party was set on fire early Monday morning in Berlin's Schöneberg neighborhood, the party said in a statement.

Berlin police have not released information on who set the fire, but confirmed that the incident was being treated as an act of "arson with a possible political motive."

Frank Hansel, chief whip for the AfD in the local parliament for the Berlin city-state, shared a photo of his burned-out Jaguar on Twitter.

As two nearby vehicles were damaged, Hansel added that "the middle class is also being attacked here."

The case is being investigated by the department of Germany's investigative police force tasked with dealing with crimes that appear to be politically motivated. 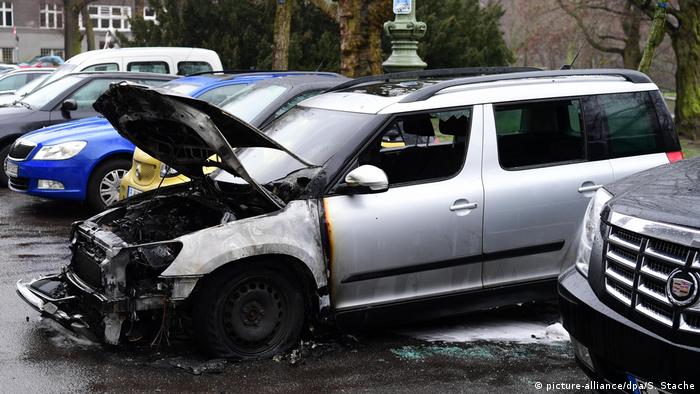 Since March, there have been several acts of vandalism and destruction of property belonging to AfD officials.

On Monday, the AfD parliamentary group leader in Berlin, Georg Pazderski, called the incident the "next repulsive act in a series that doesn't want to end."

On March 2, a vehicle belonging to Tino Chrupalla, the AfD's co-chairman, was set on fire outside Chrupalla's home in Saxony.Following Monday's incident, Chrupalla tweeted in response: "Once again, and AfD politician's car is ablaze. Good that Frank Hansel was not hurt. This series of arson attacks shows how much our democracy is at risk."

On March 10, a car belonging to an AfD politician in Berlin was set ablaze. In a separate incident the same day, windows at an AfD politician's house were broken with stones, and "Antifa" was spray-painted on the wall, according to Berlin police. Antifa is the short form for "anti-fascist" in the German language, and the word has become a catchall term for various far-left groups and organizations in Germany, often with very loose organizational structures or affiliations to each another.

"One action leads to another and we need to break this circle of violence," Kretschmer said. However, he added that violence could also include verbal attacks, saying that "the AfD has made large contributions to this over the years."

Each day, DW sends out a selection of news and features in an email newsletter. Sign up to receive it here.

Authorities say a suspect had complete copies of police investigation and judicial case files. Investigators also found glass shards in a getaway car, directly linking suspects to the theft of €113.8 million in jewels.