Groundbreaking textile artist Anni Albers is among numerous women who studied at the storied Bauhaus art school. But unlike its leading men, she is little remembered. Her work is now being rediscovered in Düsseldorf.

When the Bauhaus architecture and design school was founded nearly a century ago in Weimar in 1919, more women than men applied to enroll.

This fact symbolized a historic moment for women who had been granted the right to vote in Germany that same year. As the architect Walter Gropius founded the Bauhaus school, equality of the sexes was becoming a reality, with women no longer requiring permission from their husbands to attend such institutions.

Read more:  The Future is Now! 100 Years of Bauhaus

However, Gropius' gender equality only went so far. The coveted painting, architecture and sculpture classes were reserved for men only. A special "women's class" was founded for the female attendees in 1921 that was predictably devoted to weaving.

Anni Albers took the mandatory preparatory course under Swiss painter and designer Johannes Itten before beginning her studies at the Bauhaus in Weimar in 1922. But she could only take the weaving class, attended exclusively by women, a fact that was symbolic of the stark gender divisions in the supposedly progressive art school. Still, her resultant mastery of weaving would prove to be a twist of artistic fate.

Annelise Elsa Frieda Fleischmann was born on June 12, 1899 in Berlin and grew up in a bourgeois family — her German-Jewish mother was a member of the Ullstein publishing family, while her father was a partner in a Berlin furniture and interior decorating business. Having started with private art lessons during school, Anni had at first wanted to be a painter and did everything to ensure that the textiles and wall hangings she designed for buildings and interiors had the same artistic worth as paintings.

Albers became one of the most innovative textile artists of the time, transforming ancient weaving techniques via the modern design language typical of the Bauhaus. She explored and expanded the possibilities of weaving through experiments that created objects designed to hang like abstract paintings on the wall. 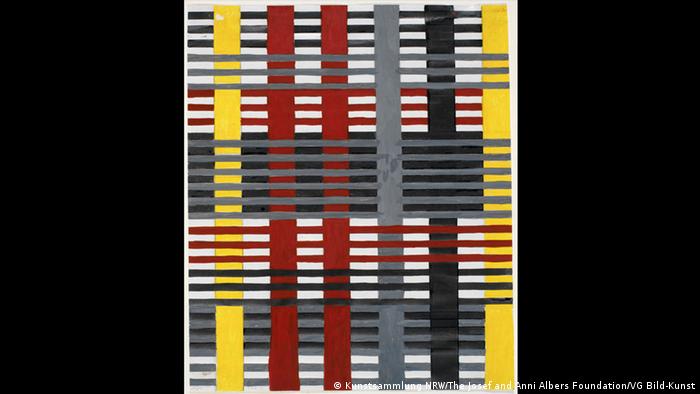 Albers was highly impressed and influenced by the expressionist art of Paul Klee when at the Bauhaus, especially his approach to mixing diverse colors into his work — evident in the richly layered gouache and watercolor designs she also produced during her career.

Such innovation allowed Albers to become a teacher in the male-dominated Bauhaus school, a distinction she shared with other women like Gunta Stölzl, Otti Berger, Lilly Reich and Karla Grosch.

Josef Albers, a painter of abstract "squares," took part in early Bauhaus courses by Johannes Itten and later became a professor at the Bauhaus. Josef and Anni were married in 1925 when the Bauhaus moved to Dessau, but in 1933, after Adolf Hitler seized power in Germany, the couple emigrated to the US.

At the legendary North Carolina Black Mountain College, the Albers found a new spiritual and artistic home. The famous art institute pursued ideas based on those of the Bauhaus, trying to connect the fine arts with the latest design and architectural philosophies. 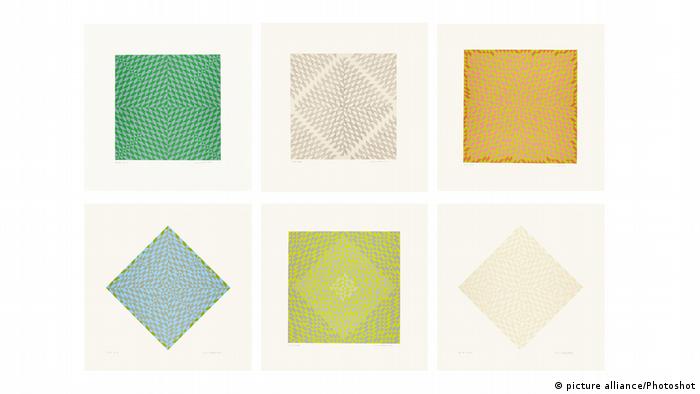 This Anni Albers series of screenprints from 1973 (Do.I-VI) symbolized her lifelong commitment to fusing painting and abstract design motifs

In 1949, Anni Albers became the first designer to be given a solo show at New York's Museum of Modern Art. But while the "Anni Albers: Textiles" exhibition traveled around the US, she has been less remembered as a textiles pioneer than the "wife" of her more illustrious husband — partly because her work has been deemed more craft than arts, an unfair distinction suffered by many in the applied arts to this day.

Nonetheless, she became an authority on textile and design in the US, publishing numerous articles and the influential book, On Weaving, in 1965.

While Josef Albers received recognition not only in the US, but also in Germany, only connoisseurs tend to be aware of Albers' artistic achievements in her home country.

While Josef Albers' striking geometric paintings are celebrated in a museum named in his honor in his hometown of Bottrop near Essen, and his works are displayed in Germany's largest art museums, one searches in vain for works by Anni. 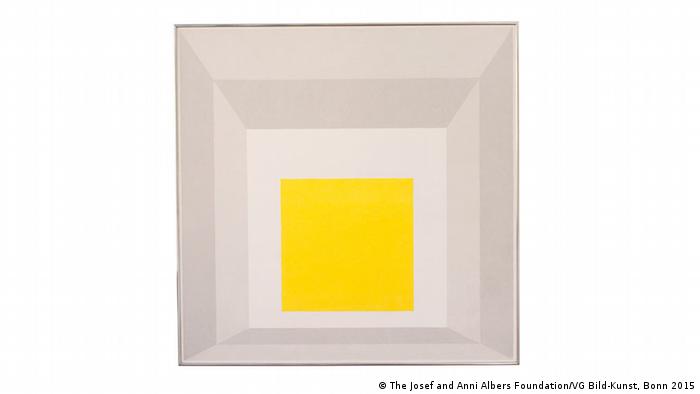 Josef Albers: Homage to the Square

But the artist, who died in 1994 in Connecticut as an American citizen, is well-represented in other international galleries such as the Peggy Guggenheim Collection in Venice, and is especially well-renowned for her commissioned works for architects that explore the dialogue between architecture and textiles.

But recognition in Germany is finally coming with a wide-ranging retrospective at Düsseldorf's K20 museum at the Kunstsammlung Nordrhein-Westfalen.

"Anni Albers" is organized by the Kunstsammlung Nordrhein-Westfalen, Düsseldorf, and the Tate Modern, London, and runs at the K20 Grabbeplatz from June 9 to September 9, 2018.

A new exhibition in China kicks off the Bauhaus' centennial events

Founded in 1919, the Bauhaus revolutionized art, architecture and design. An exhibition in Hangzhou is the prelude to the movement's anniversary celebrations, which begin next year. (09.04.2018)

The elusive artist Paul Klee aimed to expand the boundaries of the rational in his art. The new show in Munich explores how the Bauhaus master addressed being an artist in a technologically advancing world. (02.03.2018)