Ankara has warned it will respond decisively to the shooting down of one of its warplanes by Syria. Damascus has said the plane was flying low over Syrian territorial waters. 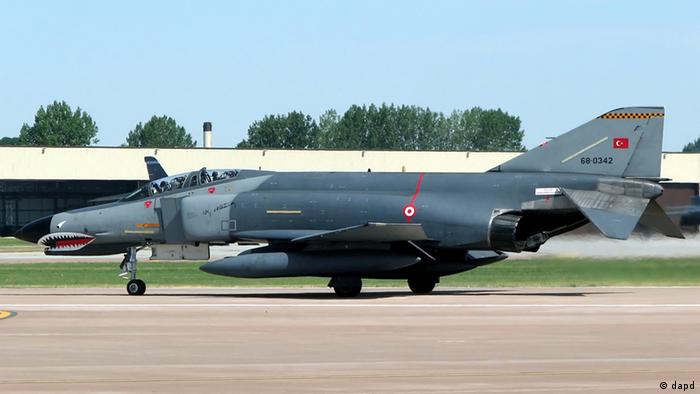 "Turkey will present its final stance after the incident has been fully brought to light and decisively take the necessary steps," the office of Prime Minister Tayyip Erdogan said late on Friday.

The statement, read on Turkish state news channel TRT Haber, said that joint efforts were underway between Syria and Turkey to locate the wreckage of the F-4 Phantom jet and two missing pilots.

It came after a two-hour emergency meeting between prime minister and top defense and intelligence officials.

Meanwhile the state-run Syrian news agency SANA quoted a Syrian military spokesman as saying that "an unidentified aerial target violated Syrian airspace, coming from the west at a very low altitude and at high speed over territorial waters."

"Syrian anti-air defenses counteracted with anti-aircraft artillery, hitting it directly as it was one kilometer away from land, causing it to crash into Syrian territorial waters west of Om al-Tuyour village in Lattakia province."

There had been confusion earlier Friday after the online version of the Turkish newspaper Hurriyet Daily quoted Erdogan as saying that Syria had apologized over the incident.

Later, Erdogan denied that report. "I have received no such information," he said.

In May, Turkey called for a UN resolution aimed at protecting Syrian civilians. The conflict has touched on Turkey, with an influx of refugees and sporadic reports of fighting along parts of the 1,910-kilometer (1,185-mile) border.

The news comes just over a day after the pilot of a Syrian Mig-21 fighter flew his aircraft to Jordan with the intention of defecting.