While the funeral of a villager who died in police custody took place, people in Wukan have continued to protest against oppression and expropriation. Police cordons there have left the village in a state of martial law. 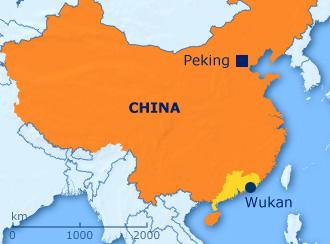 Wukan is in the southern Chinese province of Guangzhou

The unrest in Wukan village, located in the southern Chinese province of Guangzhou, started in September, when, according to reports by the South China Morning Post newspaper, thousands of villagers started protesting against farmers being forced to sell their land to home building companies.

A number of the demonstrators even went so far as to ransack local administrative offices and flipped over police vehicles. Local authorities then promised to re-examine the sale of land to construction firms. But the results of the investigation have not been made public and expropriated land owners are still waiting for compensation. 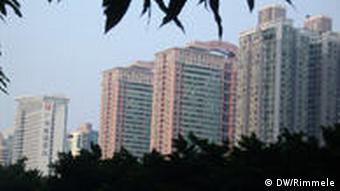 Guangzhou is an important commercial capital

According to Chinese internet news services, over 4,000 villagers staged a protest in Wukan in mid-November against corruption in local government. They held up banners reading "Grant us our human rights!" and "End the dictatorship!" Thousands of police were deployed. The village was locked down and communication lines were blocked.

Death of a villager

The situation started getting worse at the beginning of December, when a demonstrator, Xue Jinbo, died in custody. Authorities said he died of a heart attack but his family has expressed doubt. In a show of solidarity, villagers said on Friday – the day of his funeral – that they will continue their fight.

Official Chinese media are playing down the unrest in Wukan. Internet searches on the topic are censored. On "Weibo," China's largest social media platform, users discuss Wukan in code – using metaphors or abbreviations.

The few reports that reach the outside world from Wukan speak of an escalation.

Malcolm Moore, a correspondent for the British paper, The Daily Telegraph, is in Wukan and told Deutsche Welle the streets were cordoned off and that heavily armed security forces could be seen everywhere. He added that the situation is critical and that deliveries of food and supplies have been blocked. 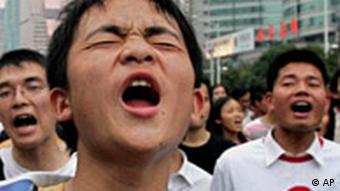 Young Chinese speak out against repression

This year alone, there have been a number of demonstrations against social injustices in Guangzhou, one of China's most important industrial areas. Thousands of migrant workers protested in the city of Zengcheng against the abuse of a street vendor in July. In the same month, hundreds of people clashed with security forces after a factory worker was injured in a knife attack.

In August, authorities shut down a chemicals factory after a mass protest against its construction in the northern Chinese city of Dalian. And in May of this year, people in a number of cities in Inner Mongolia organized demonstrations after a Mongolian herder was run over by a coal transporter.

The government sees its highest priority in ensuring peace. Beijing tends to fall back on the same mechanisms when responding to unrest in the huge country: by increasing police presence, shutting down lines of communication, and carefully censoring news coverage of the event.

But unrest is on the rise. The Chinese sinologist Sun Liping has counted 180,000 mass protests in the past year alone – that is three times as many as there were ten years ago.

Mass demonstrations are the largest problem that Chinese society is confronted with, says Li Dun, professor of sociology at Qinghua University. "If there is no judicial review and civil society ceases to function, China could very well fall apart," Li believes. 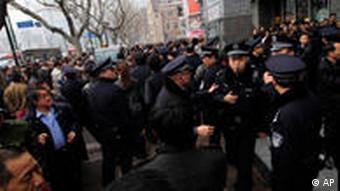 Chinese police are quick to the scene

A recent agricultural study conducted at Renmin University has found that expropriation was the main reason for unrest in rural areas. The findings, based on 2,000 households in six Chinese provinces, were released in July; they confirm that farmers often find their rights infringed upon.

And that is exactly the reason behind the current unrest in Wukan – a city in which, ironically enough, one of the first farmers' revolts organized by the Communists took place in 1927. The only difference is: today they are demonstrating against the party.

Tibet's first elected prime minister-in-exile was sworn in last August. On his first official trip to Europe, Lobsang Sangay is trying to garner support for real autonomy. Deutsche Welle spoke to him in Berlin. (24.11.2011)

China's parliament to focus on restructuring the economy

With China’s National People's Congress kicking off its annual session on Saturday, all eyes are on Beijing. Nobody can be indifferent when the world's second economy announces its plans for the next five years. (04.03.2011)