Anger over Ugandan government plan to send doctors to Caribbean

Uganda wants to send hundreds of doctors and nurses to Trinidad and Tobago even though they are desperately needed at home. Critics are taking legal action against the government. 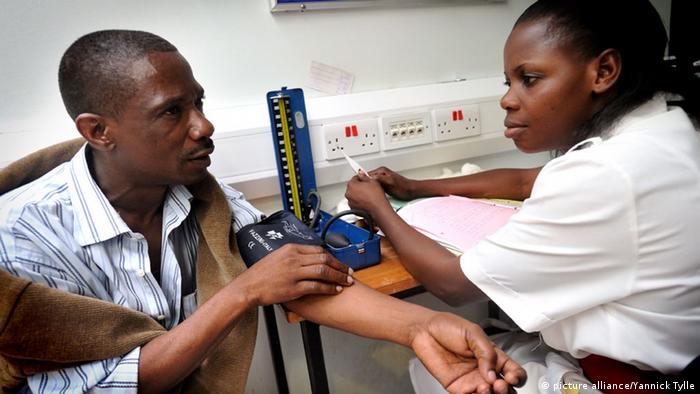 Over the next few months Uganda is going to dispatch more than 200 doctors and nurses to Trinidad and Tobago under a bilateral agreement with the Caribbean nation to strengthen its health service.

"We welcomed the request. For the Ministry of Health to agree to send some medical workers abroad, they must have assessed the capacity of the country and therefore have been confident that if 200 or 300 medical workers leave the country, there are others who can fill that gap," Fred Opolot, spokesperson for the Ugandan foreign ministry, told DW. The staff who will work in the Caribbean will be chosen jointly by government representatives from Trinidad and Tobago and Ugandan ministers. 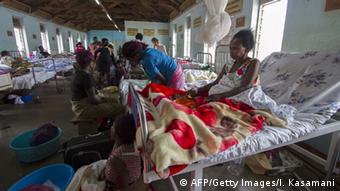 Many hospitals in Uganda are overcrowded

The twin island Caribbean country and Uganda enjoy close ties from which both sides profit. When oil was discovered in Uganda, Trinidad and Tobago helped the East African country to train the skilled labor needed to exploit it.

But this plan for the secondment of medical staff to the Caribbean has its critics. They include the Institute of Public Policy Research (IPPR), a Ugandan think tank, which is taking legal action against the government.

In the view of Justinian Kateera, head of the IPPR, to strengthen the health sector of Trinidad and Tobago in the knowledge that enormous damage will be done to the Ugandan population is both irrational and unconstitutional. 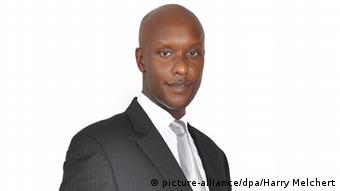 The departure of skilled African labor for foreign shores - the brain drain - is the cause of numerous problems on the African continent, Kateera said, adding that the Ebola crisis has demonstrated how important it is to strengthen Africa's health services.

When one looks at the statistics, Kateera's anger at the government appears justified. Trinidad and Tobago has ten times as many doctors as Uganda. Ugandan hospitals are overflowing with patients. In Uganda, there is one doctor for 25,000 inhabitants. The World Bank recommends one doctor per 1,000 people.

Vincent Oketcho Okoth is the country director for IntraHealth International, which focuses on improving the health sectors of developing countries. He spoke of "unacceptable conditions" in Uganda, where every second child dies before it reaches the age of twenty four months. Only 40 percent of pregnant women receive medical care when giving birth.

Okoth said the key problem is that the Ugandan health sector is chronically underfunded and understaffed. Only 70 percent of jobs are filled. Many medical personnel who do have jobs often stay away from work because the pay is so poor and they are forced to earn extra money elsewhere, he told DW. 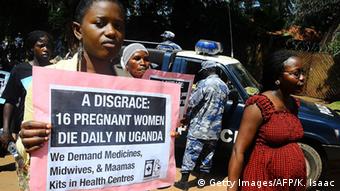 "Medical facilities and medicare generally in Trinidad and Tobago are greatly superior to that in Uganda. Therefore, when these people return after three years, Ugandans will certainly benefit," he said, adding that there would be no staff shortages in Ugandan hospitals.

There are plenty of applicants for the jobs in Trinidad and Tobago, according to Opolot. This is heardly surprising. Doctors and nurses have to work under very difficult conditions in Uganda and are also poorly paid, said Kateera. Their monthly income lies between 450 and 600 euros ($497 - $662). In Europe, or the United States, they can earn five times as much. 70 percent of doctors would leave Africa if they could, Kateera said. "There are more Liberian doctors in London than there are in the whole of Liberia." 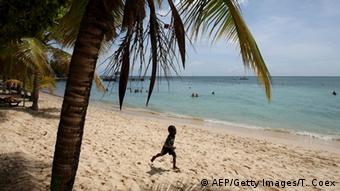 Kateera said it was essential that doctors and nurses in Africa should receive more pay and feel that they were appreciated."

Kateera hopes that he will be able to prevent the transfer of medical staff to the Caribbean with his lawsuit against the government. On Monday (02.03.2015), there was to have been a preliminary ruling over whether an injunction could be issued against the Ugandan government to stop it from recruiting staff for the scheme until the court has issued a final ruling. Kateera believes this to be of fundamental importance. Once the doctors have disappeared, it will be difficult to persuade them to return. But the court adjourned, postponing a ruling indefinitely. However, Kateera believes there will be a decision in the coming weeks.

A hospital technician in Kampala has died of a virus called Marburg, which is similar to Ebola. The Ugandan government has mobilized its health teams. (06.10.2014)

Ebola outbreaks have hit Uganda four times since the virus was first discovered. However, compared to West Africa, the East African nation has been quick to contain it. (21.08.2014)

An HIV prevention bill passed by Ugandan lawmakers has caused an outrcy amongst those fighting for the rights of people living with HIV. The bill calls for mandatory HIV tests for pregnant women. (14.05.2014)