A narrative biography of the writer's mother's life, 'You Are Not Like Other Mothers' tells the story of a rather unconventional woman in Weimar-era Berlin — and traces the history of the 20th century in a personal way. 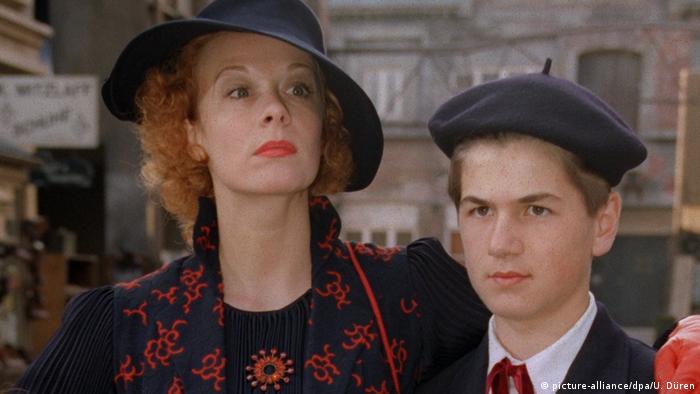 Family anecdotes often make for great folklore — legendary stories of a wild, misspent youth or an exciting holiday gathering remain in discussion for years. For the writer and actress Angelika Schrobsdorff, these passed-on stories were so unusual and occurred with such frequency that she set about to document them in her novel-like memoir, You Are Not Like Other Mothers.

Tracing the life of her mother — an assimilated Jew born into a bourgeois Berlin household at the turn of the 20th century — the book illuminates the history of modern Germany through a highly-personalized story. As it follows the family's life from Weimar-era Berlin through their flight from the Nazis and back again, the book offers a glimpse at how deeply the events outlined in history books upended the lives of the average citizen.

'You are Not Like Other Mothers' by Angelika Schrobsdorff

These influential historical events are woven into the text as more of a scene-setting aside rather than a textbook-like accounting:

"In August 1914 war broke out and the Kirschner house was in a panic. Else, who had just turned twenty, had still not entered the safe harbor of marriage, and in wartime men were in short supply or had more urgent things to do than get married."

Although we know from our history books the devastation that World War I wrought, in this telling, Schrobsdorff reminds readers of just how banally life went on, and provides a glimpse as to the societal norms present in Germany at the time.

A lively, pleasure-seeking time that ends in escape 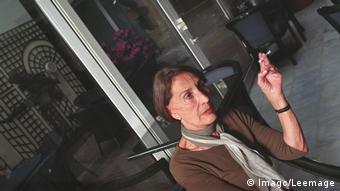 Author Angelika Schrobsdorff at the age of 77

From the perspective of 1992, when the book was first published, the notion that a young woman of 20 remained unmarried seems quaint; yet it’s clear from early on that the woman at the heart of the book is not like others of her generation — and not only because the title suggests such. Else, the writer’s mother, lives a wild life in Weimar-era Berlin, eloping with artist Fritz, with whom she has two children. Always on the hunt for pleasure, they throw magnificent parties with a guest list comprising the era's intellectual elite.

When Else falls pregnant with someone else's child, Fritz leaves her and Angelika grows up father-less. Together with her siblings and her mother, the family endures a last-minute evacuation to Bulgaria at the start of the Holocaust. While the familial drama remains center stage, the insecurity wrought by political activities runs like a thread through the text as the author reconstructs the family's escape in detailed scenes that recount not only the events, but also the conflicting emotions they experienced at the loss of their homeland. Describing their arrival in Bulgaria, the author writes, "Bulgaria was in fact not as comfortable, orderly, or clean as The Third Reich, nowhere was it as comfortable, orderly, and clean! How could my mother have failed to see the irony of her words?" 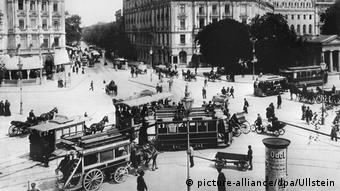 Dummybild für Webvideo. Berlin around the turn of the 20th century

Likewise, once Bulgaria falls to the Germans, the secular Jewish family from Germany is once again left to fear for their lives while also feeling their loyalties torn. Young Angelika speaks to the occupying soldiers to uncover just how good their German is; her sister, Bettina, returns home with a homemade tattoo on her chest — a "V" for Germany's Victory — and is immediately shunned by her mother, who hopes for a loss for the Axis troops.

Told not only via the author's personal recollection but also reconstructed through letters and others' memories, the story brings much of twentieth century history to life — from the fall of the Third Reich, to the return of refugees to their destroyed homelands, to the rise of the Iron Curtain — from a perspective that makes the events palpable and personal. All the same, the book remains a biography of an unusual childhood with an unusual mother — a woman who consults astrologers to determine how to best plan her day even as she prepares for her own family’s flight. It's an illuminating and, at times humorous, telling of dark German history.

A German writer and actress, Angelika Schrobsdorff (1927-2016) grew up in Berlin as the daughter of an assimilated Jew. She fled to Bulgaria with her mother in 1939; her grandparents died during the war — her grandmother in the Theresienstadt concentration camp and her grandfather of an illness in Berlin. She returned to Germany in 1947 and achieved great acclaim for her debut novel, The Gentlemen, in 1961. She lived in Israel for some time during the 1960s and 70s, and again in the 80s. In between, she lived in Paris for many years with her husband, French filmmaker Claude Lanzmann. She died in Berlin in 2016. You are Not Like Other Mothers was a best-seller after being published in 1992 and was made into a movie in 1999.