After the violent unrest of early January, calm has returned to Kazakhstan. Many people, however, have complained of excesses during the state of emergency — including illegal arrests and searches. 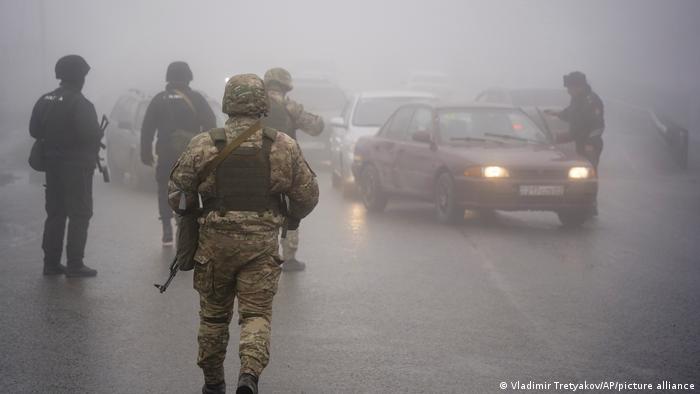 Many citizens have complained about illegal checks and arrests by police

After days of rare and violent protests, most of Kazakhstan's remote areas limped back to normalcy by January 12. Now, the larger cities too are doing the same with the lifting of a nationwide state of emergency imposed by President Kassym-Shomart Tokayev on January 5.

Residents of the Kazakh capital, Nur-Sultan and of Almaty, where the protests began in early January, had to wait the longest for calm to prevail. Both cities saw bloody clashes between demonstrators and the police, as well as looting. 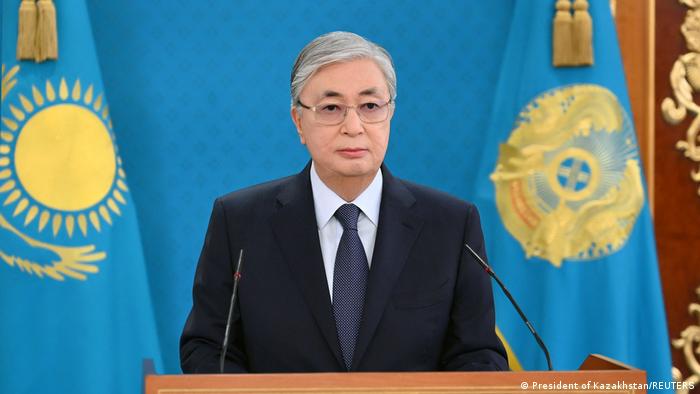 Kazakh President Tokayev has been in power for nearly three years

For the past week, the situation in Kazakhstan's largest city, Almaty, which is home to almost three million people, has also largely normalized. Public transport is running again, shopping centers and banks are open. And, mobile phone communication and internet, which were shut down during the violence, have also been working again.

Uneasy calm returns to Kazakhstan after days of violence

Nevertheless, a large part of the population of Almaty is deeply unhappy with the government's actions during the state of emergency, especially in the days after order was largely restored in the city. Social media networks are full of posts by citizens writing about their experiences.

"The most common thing was mobile phone checks by members of the National Guard and police patrols, although this was illegal even during the state of emergency," prominent Kazakh lawyer Jokhar Utebekov told DW. He says authorities "were only allowed to search people and their cars to seize weapons and stolen goods. There were many violations, including unjustified arrests and detentions."

According to Utebekov, law enforcement agencies acted in a completely arbitrary manner, as they were no longer controlled by the prosecutor's office. Neither prosecutors nor judges have responded to reports by citizens of torture and other violations of the law.

Utebekov isn't the only lawyer who is shocked at the turn of events after a state of emergency was imposed in the country. According to Zhangeldy Suleymanov, another well-known lawyer, it is indeed common practice around the world to take restrictive measures when the constitutional order of a country or the lives of its citizens are threatened.

"But at the same time, even in a state of emergency, existing laws must be followed. However, the experience in our country has shown that there have been excesses. Reports speak of illegal checks and arrests without judicial authorization," Suleymanov told DW. He added that there were many known cases of people being beaten and tortured at the police station. 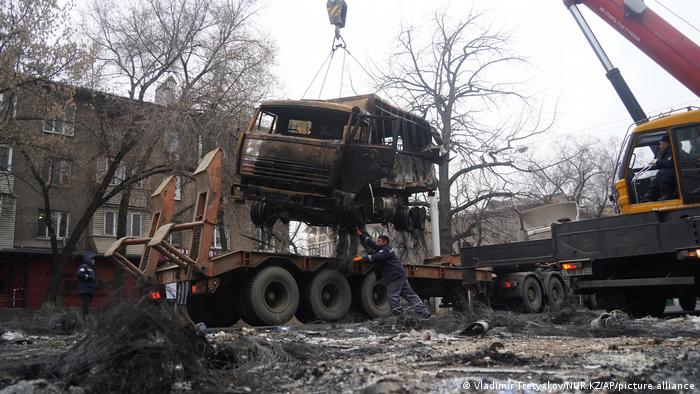 After bloody clashes in Almaty earlier this year, the city has begun cleanup operations

"The state of emergency allowed individual authorities and their representatives to commit acts in violation of the law, which damages the authorities' reputation," the lawyer said.

With many citizens in Almaty and other Kazakh cities continuing to complain on social media about the behavior of officials, there were fears until recently that the government might extend the state of emergency in Almaty and other parts of the country.

There are also misgivings about the official figures released by the authorities on the unrest in recent weeks in the country. According to their data, 149 civilians and 11 police officers were killed in the clashes in Almaty alone at the beginning of January. Nationwide, 225 people are said to have died, 19 of them security officers.

Many citizens also doubt the figures of the Prosecutor General's Office, according to which more than 4,500 people are said to have been injured. Many have said they believe the real number of victims was much higher than the official statistics.

How the violent unrest in Kazakhstan unraveled

There are calls on social media to organize a peaceful rally in Almaty after the state of emergency is lifted. The aim is to urge the government to speak the truth about the events in early January.

The authorities responded swiftly to calls for a rally. On the evening of January 18, the media and social networks carried a warning from the head of the Almaty regional police chief, Serik Kudebayev. It said there was a terrorist threat in the region and that a "red" warning alert was still in place.

Almaty city police asked residents for their understanding if they personally or their cars were searched. They were also urged to show understanding for temporary checkpoints set up and the restrictions on movement in certain parts of the city.

Tokayev: 'We are dealing with bandits and terrorists'

The police also announced a "preventive operation" called "Law and Order" starting on January 19, saying authorities would crack down on any organized protest.

Kudebayev stressed that organizers of possible demonstrations had not informed authorities in advance: "Accordingly, organizing and participating in peaceful gatherings held in violation of the law is illegal."

The Almaty regional police chief added that should the protests harm citizens, society and the state, criminal proceedings would be initiated against those responsible.