Rohingya insurgents killed more than 50 Hindus on the same day they targetted Myanmar police outposts, according to Amnesty. The attacks against police sparked a bloody government crackdown against Rohingya civilians. 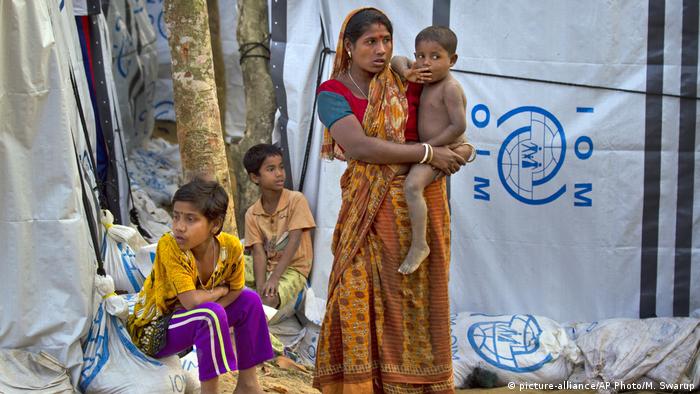 In a new report, Amnesty cited witnesses and forensic analysis of images to accuse the Arakan Rohingya Salvation Army (ARSA), an insurgent group, of executing 53 Hindu men, women and children in the village of Ah Nauk Kha Maung in the western state of Rakhine on August 25.

The group said witnesses had also told it ARSA killed 46 Hindus in the nearby village of Ye Bauk Kyar who had disappeared that same day, and that ARSA insurgents killed six Hindus in the village of Myo Thu Gyi on August 26.

The government of Myanmar, a Buddhist-majority country, first accused ARSA of killing Hindus in Ah Nauk Kha Maung on the same day ARSA carried out coordinated attacks against police outposts throughout Rakhine state.

But the allegations against ARSA were quickly overshadowed by the government's violent response to ARSA's attacks against Myanmar police. Since August, security forces have driven out some 700,000 Rohingya civilians from Rakhine into neighboring Bangladesh as part of an effort rights groups and the United Nations have called ethnic cleansing.

The government's accusations also appeared to lack credibility after foreign reporters heard conflicting stories about who committed the alleged massacre from Hindu survivors who had fled to Bangladesh along with Rohingya refugees. International media was unable to verify the information because the government barred foreign journalists from entering Rakhine state.

But Amnesty said ARSA members had threatened survivors to stop them from speaking out. Witnesses "unambiguously asserted that Rohingya, believed to be ARSA fighters, were responsible," once they returned to Myanmar in October.

ARSA has not responded to Amnesty's accusations. Myanmar government spokesman Zaw Htay told Reuters news agency he could not comment on the report because he had not yet read it.