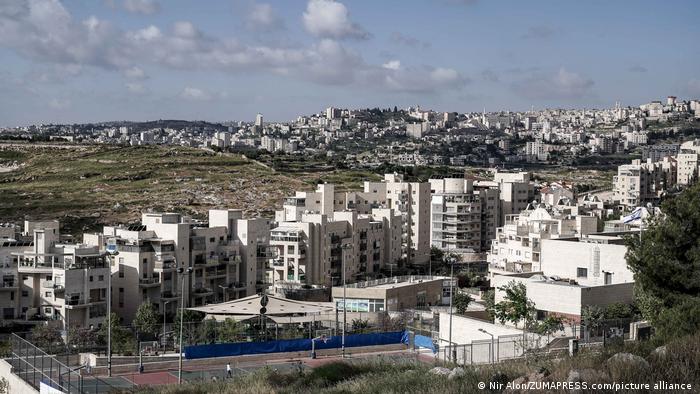 In a new report released Tuesday, Amnesty International said the Israeli state governed Palestinians in "a system of oppression and domination," which it charged met the international definition of "apartheid."

The more than 200-page report was compiled over four years. Amnesty International joins other rights groups such as Human Rights Watch and the Israeli organization B'Tselem in accusing Israel of maintaining an "apartheid" state.

Amnesty accuses Israel of implementing a system of "segregation, dispossession and exclusion" that it says amount to crimes against humanity.

What does the Amnesty report say?

Today, Palestinians constitute 20% of Israel's population of 9.4 million. However, if the West Bank and Gaza are included, the Jewish and Arab populations are about the same.

In 2005, Israel withdrew its army from Gaza and evicted settlers. The militant group Hamas — which the US and European Union has designated a terrorist organization — has been in control of Gaza since 2007.

The rights groups say the fragmented territory of the West Bank and Gaza is part of a system designed to enable the Israeli state to control land from the Mediterranean to the Jordan River.

While some Palestinians have excelled in business, law, medicine and entertainment in Israel, the situation and job prospects, as well as potential for physical or societal mobility, are diminished.

Amnesty's report examines cases of discrimination against Arabs within Israel, the country's blockade of the Gaza Strip, and the de facto annexation of parts of the West Bank, where Israel is rapidly constructing and expanding existing settlements.

Many in the international community, including Germany and France, have criticized the settlements and their expansion as a violation of international law.

Additionally, the report chronicles the appropriation of Palestinian land and property, extrajudicial killings, the forcible relocation of people, and the denial of the rights of citizenship.

How has Israel responded?

Israel rejects the allegation of "apartheid," pointing to Israeli Arab citizens who the government says have full rights. Israel itself has hardened in its position towards rights groups labeling it "apartheid."

Ahead of the report's release, Israel's Ministry of Foreign Affairs said, "Its extremist language and the distortion of historical context were designed to demonize Israel and pour fuel onto the fire of antisemitism.''

Amnesty's Secretary General Agnes Callamard rejected the claims as "baseless attacks" that are "nothing more than a desperate attempt to evade scrutiny..."

The foreign minister, Yair Lapid, said, "Israel is not perfect, but it is a democracy committed to international law and open to scrutiny."

In Germany, the country's only Jewish weekly newspaper, Jüdische Allgemeine, called it "the #apartheid lie," and said, "Israel is repeatedly equated and defamed with the former South African regime."

Amnesty International said its report does not compare Israel to apartheid in South Africa.

The Central Council of Jews in Germany labeled the report "antisemitic" and called on Amnesty International's German chapter to distance itself from it.

Amnesty International Germany published the report on its website but noted that due to the current climate and historical context, an "objective, factual debate" on the report is difficult to achieve — and that it would not organize any activities on the publication, in a bid to deter "misinterpretations of the report."

In May 1948, Israel declared its independence. Palestinians such as Hafida Khatib refer to this moment as the "Nakba," or "catastrophe." With her family, Hafida fled to Lebanon — a country that has never felt like home.