Amnesty International criticized Europe's refugee policies in the wake of the migrant crisis. It said that some EU member states dealt badly with the situation, resulting in various human rights abuses. 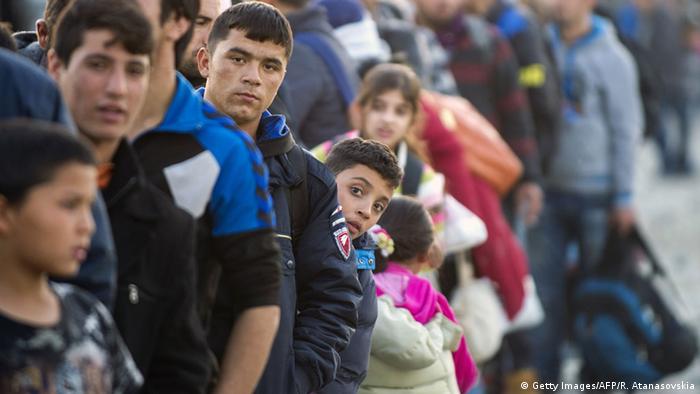 The Human Rights Organization Amnesty International published a report on border fences and other immigration controls introduced since the onset of the migrant influx, saying that these measures were fuelling human rights abuses and risking lives "while doing nothing to halt the influx of desperate refugees."

The report entitled "Fear and Fences: Europe's Approach to Keeping Refugees at Bay", looked into the effects of new fences erected in response to the refugee influx, focusing in particular on the Hungary-Serbia border. It said that the hastily constructed fences had forced refugees to take other land routes or resort to more dangerous sea routes. More than 4,000 migrants drowned in Mediterranean waters this year while making the perilous journey to Europe.

Amnesty's director for Europe and Central Asia John Dalhuisen said that expanding fences along Europe's borders had "succeeded only in entrenching rights violations and exacerbating the challenges of managing refugee flows in a humane and orderly manner."

"The EU needs to be responding not with fear and fences, but in the best tradition of the values it purports to hold dear," Dalhuisen said.

Expensive measure defeating their own objects 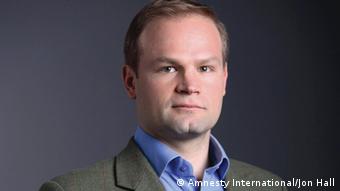 Amnesty's John Dalhuisen demanded a stop to the expansion of "Fortress Europe," referring to the growing number of fences across the continent

The study found that the new measures had "denied refugees access to asylum, exposed refugees and migrants to ill-treatment and pushed people towards life-threatening sea journeys." It said that a total of 325 kilometers (200 miles) of fences were built along EU-border to the tune of 175 million euros ($186 million).

Refugees who tried to enter Greece, Bulgaria and Spain told Amnesty they were "pushed back by border authorities without access to asylum procedures or a chance to appeal their return, in direct breach of international law," the report said.

The report also criticized the practice of pushing back migrants in non-EU countries, particularly Turkey, where measures including incarceration without access to legal counsel forced refugees to return to their countries of origin.

Amnesty said that this practice was in breach of international law. 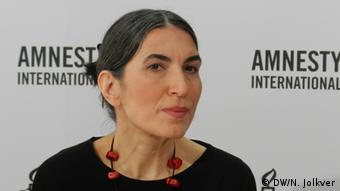 Amnesty International in Germany supported the findings, saying that instead of leading to solutions, the erection fences only served to complicate the crisis further.

"These fences alongside Europe's borders failed in every sense in contributing to creating a sense of orderly migration," said "Human rights abuses take place wherever there are such fences, which only aid to creating more chaos.

"The EU has to reconsider its isolation policy fundamentally," she added.

Germany is the largest country of arrival for refugees, expecting one million arrivals in total in 2015 alone.

Fear and Fences: Europe's approach to keeping refugees at bay

Fear and Fences: Europe's approach to keeping refugees at bay