An Indian minister has slammed the leaked surveillance list as "fake news." Kazakhstan said there was no "evidence" and Morocco said it planned to sue, as the Pegasus fallout showed no signs of easing up. 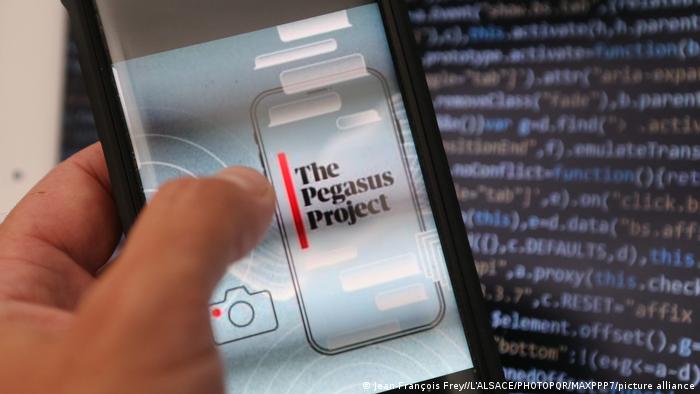 Amnesty is standing by the findings of the Pegasus project

Amnesty International stood by its investigation over governmental abuse of spyware on Friday, as countries continued rushing to dispute the claims made.

The deputy head of Kazakhstan's presidential administration, Dauren Abayev, said media reports on the list of targets leaked to rights groups were no more than "rather intriguing information without any evidence."

A federal minister in the External Affairs Ministry of India called the Pegasus list "fake news" and said the index, which includes hundreds of Indian politicians and journalists, is being used to undermine the democratic institutions of the country.

Meenakshi Lekhi, recently appointed as Minister of State, blamed opposition parties, many of whose members are on the leaked surveillance list.

And Morocco has instructed a lawyer to file a defamation case over the investigation.

But Amnesty released a statement saying it "categorically" stood by its investigation.

"The data is irrefutably linked to potential targets of NSO Group's Pegasus Spyware. The false rumors being pushed on social media are intended to distract from the widespread unlawful targeting of journalists, activists and others that the Pegasus Project has revealed," it said.

The index identifies persons of interest to clients of Israeli spyware firm NSO. Those clients included governments from around the world, who, in turn, were able to gain access to information via a targeted individuals' mobile phone.

The software is able to switch on a phone's camera or microphone and harvest its data and is now at the center of a growing storm after a list of about 50,000 potential surveillance targets was leaked.

French President Emmanuel Macron, meanwhile, has changed his cellphone and number after a French media report said he was potentially targeted by the Pegasus spyware, a presidency official said Thursday.

South African President Cyril Ramaphosa has shown up as a target of potential surveillance by Rwanda in the Pegasus spyware case. Given the two countries' difficult relationship, this isn't a surprise.

Pegasus spyware: Mexico one of the biggest targets

The Pegasus spyware affair continues to send shockwaves globally. Mexico was one of the countries most affected — with journalists becoming a popular target. One journalist shares with DW her story on being surveilled.