Jeff Bezos, the founder and CEO of Amazon, has committed $2 billion to support schools in low-income areas and help homeless families. This only months after the company resisted a similar effort by the city of Seattle. 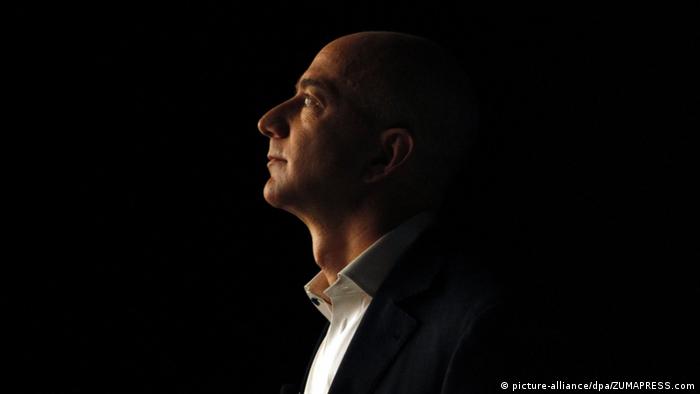 Jeff Bezos, Amazon's founder and currently the world's richest person, announced on Thursday that he will give $2 billion (€1.7 billion) to a new philanthropic effort called the Bezos Day One Fund, the name a nod to his management philosophy that organizations must view every day with the fervor of a new start.

According to a post on Bezos' Twitter account, the fund will "focus on two areas: funding existing non-profits that help homeless families, and creating a network of new, non-profit, tier-one preschools in low-income communities."

Read more: Is the Amazon effect behind low inflation?

Bezos hinted earlier this year that he would take on a new major philanthropic project after asking his Twitter followers for ideas on how to give away his fortune. While he has financially supported cancer research and scholarships for immigrants, among other causes, Bezos has primarily devoted his fortune to his Blue Origin space exploration company and buying The Washington Post.

Bezos, who founded Amazon as an online bookstore more than 20 years ago, has seen his wealth surge along with Amazon's stock which briefly hit $1 trillion in market value recently. Forbes magazine placed him at the top of its list of billionaires for the first time this year, surpassing Microsoft co-founder Bill Gates and investor Warren Buffett. His stake in Amazon is now worth about $160 billion.

An Amazon spokeswoman confirmed that the money for the new philanthropic fund will all come from Bezos personally, though there are few details about how the fund will operate. What is known so far is that part of the fund will start an organization to operate a new network of full-scholarship preschools for low-income communities. Citing the Amazon mantra of customer obsession, Bezos said in his tweet "The child will be the customer."

It's not yet known what his schools will look like except that they will be based on the teaching philosophy of Maria Montessori, which focuses on individual learning and social-emotional development.

Bezos said in remarks to the Economic Club of Washington that it is "really, really hard" for a child to catch up if they fall behind in their early years. The money will pay "gigantic dividends for decades."

He also said he did not know how much money he would eventually give away, though he has yet to sign 'The Giving Pledge,' an initiative launched by Bill Gates and Warren Buffett encouraging billionaires to commit to giving away most of their wealth.

But by choosing to focus his philanthropy on homelessness and early education, Bezos is likely influenced by the Bezos Family Foundation which is run by his parents. The private nonprofit foundation in its 2016 tax filing reported nearly $46 million in assets, and giving away $30 million in grants to support early education, K-12 school reform and youth leadership development and scholarships.

The Amazon founder has also likely been shaped by his adopted hometown of Seattle, however mixed some locals may feel about the city's growing affordability crisis that's been largely attributed to the success of Amazon. The company and its boss have been criticized in the city for not doing more to help the needy and have become focal points in the booming region's angry debate about traffic, housing prices and homelessness.

When Seattle passed a new tax in May on large companies to fight the city's growing homelessness crisis, Amazon balked and even temporarily halted construction planning on a new high-rise building near its headquarters. City leaders quickly rescinded the levy.

Where few others dare to tread: the Aga Khan in Africa

Prince Karim will celebrate his diamond jubilee as the Aga Khan this July. From the beginning of his time as Imam, he has been quietly supporting humanitarian and environmental work throughout Africa. (07.07.2017)

Four international online retail giants have promised to remove products that have been labeled dangerous by the EU within two days. It is part of the bloc's drive to make online shopping safer. (25.06.2018)