A man accused of injuring 10 bus passengers in a knife attack in northern Germany has appeared in court. Police have yet to determine a motive but say the incident didn't appear to be terror-related. 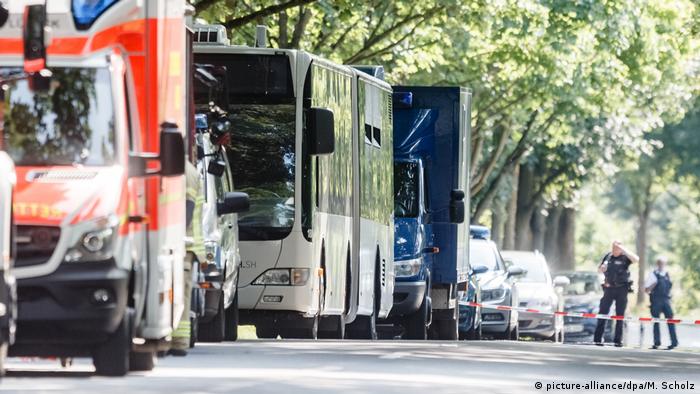 A German court on Saturday issued a detention order for a man alleged to have stabbed several people on a packed public bus in the northern city of Lübeck.

He is accused of starting a fire and attacking a number of passengers with a kitchen knife on a bus heading through Kücknitz, a suburb of Lübeck, on Friday. Ten people were injured in the incident, three of them seriously.

The suspect was detained by police after being overpowered by passengers at the scene. He has reportedly refused to speak to investigators since his arrest.

Officials have yet to determine a motive, but said the man had "no sign of a terrorist background."

Police said the man was a German citizen and Lübeck local who was born in Iran but had lived in Germany for a long time.