The Iraqiya party of former Prime Minister Ayad Allawi has been declared the winner of Iraq's elections in preliminary results announced Friday. Now Allawi must focus on finding coalition partners. 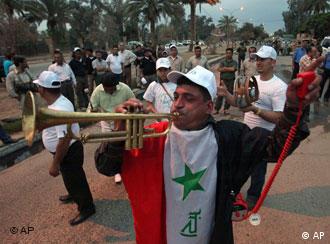 Iraqiya won a total of 91 seats in the 325-seat parliament, edging out Maliki's State of Law Alliance, which won 89 seats according to preliminary results of 100 percent of the votes, issued by Iraq's election commission on Friday.

Coalition, but not necessarily consensus

But Iraqiya did not win an outright majority, so it must build a coalition from among the various religious and ethnically based parties. Allawi said he would extend his "hands and heart" to all groups.

"For all who want and wish to participate in building Iraq, we will together bury political sectarianism and political regionalism," Allawi told Iraqi television. 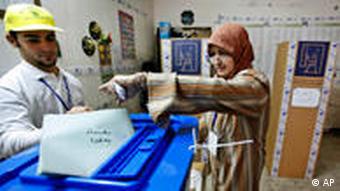 That could be easier said than done. Al-Maliki has refused to accept the results of the March 7 election, after having previously called for a manual recount in light of alleged irregularities in counting the votes.

"The election results are not final," al-Maliki told a press conference in Baghdad on Friday.

The results must be certified by an Iraqi court before they can be declared final, a process that will probably take about two weeks. Parties have three days to submit complaints to be investigated by the election commission.

Allawi is also on a timeline. He has 30 days to build a coalition including at least 163 of the parliament's seats. If he fails, Iraq's president will appoint the head of another party to try to form a government.

The election was judged a success by international observers, with United Nations envoy Ad Melkert hailing them as "credible." The United States offered congratulations, noting that observers had not recorded any incidents of widespread fraud.

EU foreign policy chief Catherine Ashton has praised Iraqis for turning out in big numbers to vote in parliamentary elections despite threats of violence by Islamist militants. (07.03.2010)

The US administration says this week's elections in Iraq are crucial as a prerequisite to an essential transition and a changing relationship with Iraq based on a robust civilian presence there in the future. (03.03.2010)

Democracy fights to keep a stronghold

As Western troops engage in warfare in the name of freedom in Iraq and Afghanistan, and a prominent new report reveals worldwide democracy to be on the ebb, analysts ponder where to go from here. (15.02.2010)