Iraq′s elections will feature less US presence, but more concerns | World | Breaking news and perspectives from around the globe | DW | 03.03.2010

The US administration says this week's elections in Iraq are crucial as a prerequisite to an essential transition and a changing relationship with Iraq based on a robust civilian presence there in the future. 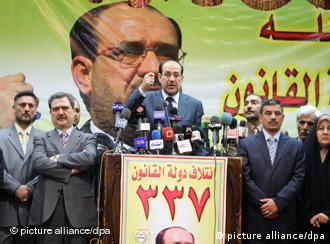 Iraq is holding parliamentary elections on March 7 amid serious concerns about the legitimacy of the new-born democracy and fears of sectarian violence similar to that which engulfed the country in 2005-2007.

These concerns arose after the Accountability and Justice Commission, a successor to the dissolved De-Baathification Commission, recently banned 517 candidates for their alleged ties to the banned Baath party. Many political observers believe that the timing of the ban is a typical case of electioneering, despite the fact that article 7 of the Iraqi constitution explicitly bans the Al Baath party.

Jabbar Almashhadani, chief editor of the independent weekly Alsharqia, told Deutsche Welle that "the security situation will witness new complications in the light of the hard political competition to win the votes, some politicians will try to create political-sectarian congestion."

Almashhadani added that "the American retreat from the scene encouraged the Iranians to declare openly their indulgence in the political landscape in Iraq, (but) the Americans anticipate a thorough contribution in this election which does not meet with the Iranian concept in this respect."

Disappointment or hope for a better future 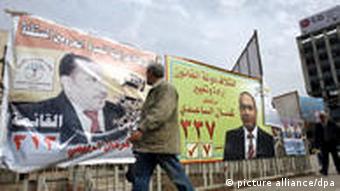 Many Iraqis say they are wary about the turmoil surrounding these elections and are not willing to cast their vote to anyone caught up in the present political elite and the poor performance of the government, but political writer Abdulkhaliq Hussein told DW that he thinks "most Iraqis will vote, because this is the only way to change the unwelcome representatives in the Council and get their own representatives inside."

"Grand Ayatollah Alsistani has urged all Iraqis to participate actively in elections, and what this man says does really leave a great influence on Shiites who are the majority in this country. On the Sunni side, the armed Sunni groups, who helped the Americans against al Qaeda in Anbar province, are willing and eager to vote for their candidates to fill a possible gap which might be created by Sunnis fractions threatening to boycott elections," he added.

A need for international observers

Noah al hourmozi, manager of the project Freedom Forum in Paris, places great emphasis on the need for international election monitors in Iraq to guarantee free and fair elections, comparing this poll to last year's controversial election in Afghanistan.

"(There are) similarities between both experiences based on the fact that both countries maintain ethnic and religious diversity which can very much undermine the harmony essential for any state; hence the inherent problem that democracy may not be compatible with Islam as a doctrine of the rule sought by both countries as part of their constitutions," - an implicit criticism of the previous US administration's efforts to import democracy to Iraq and Afghanistan.

In that context, the European stance toward the American strategy of spreading democracy has witnessed a radical change; Germany's Defence Minister Karl-Theodor zu Guttenberg said recently that "the West should abandon hopes of creating a democracy in Afghanistan."

Whether that also applies to Iraq, this election and time will tell.

The US is confident that Iraqi security forces are ready to take over responsibility for the country's cities when American troops pull back to surrounding areas. But some military and political concerns remain. (29.06.2009)