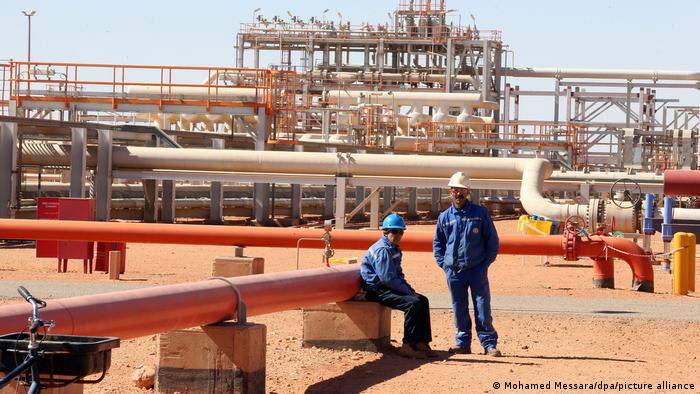 Algeria, Niger and Nigeria signed a memorandum of understanding on Thursday to build a 4,000-kilometer (2,500-mile) Trans-Saharan Gas Pipeline.

It is estimated that, once the $13 billion (€12.75 billion) pipeline is complete, it will transport up to 30 billion cubic meters (1 trillion cubic feet) of gas annually from Nigeria, in West Africa, north through Niger and on to Algeria.

From there, it could be pumped through the undersea

Trans-Mediterranean Pipeline to Europe or loaded onto Liquefied Natural Gas tankers for export. 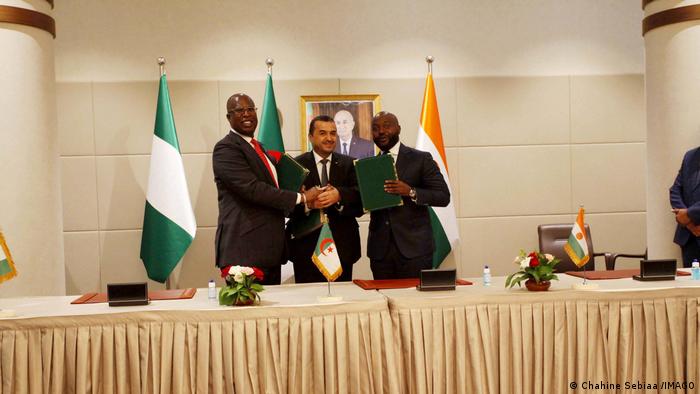 Nigerian, Algerian and Nigerien energy ministers signed a Memorandum of Understanding for the implementation of the Trans-Saharan Gas Pipeline

Gas pipeline in the works for a while

The idea was first proposed over 40 years ago, but progress stalled.

The new momentum comes as the European Union seeks to wean itself off Russian gas during the war in Ukraine.

The security situation in the Sahel region and tensions between the governments in Algiers and Niamey also delayed the project.

It wasn't until 2021, when Algeria and Niger reopened their border, that discussions to construct the pipeline restarted.

European Commission President Ursula von der Leyen had said the deal to reduce gas use was about preventing the Kremlin from being able to blackmail the EU with gas deliveries: to stop "Russia using gas as a weapon," as she put it.