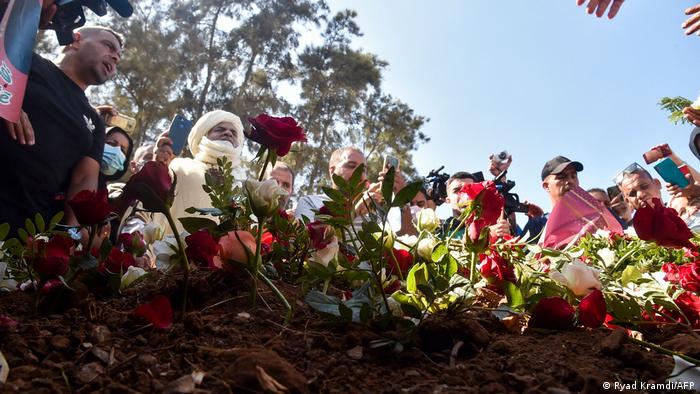 The burial ceremony of Algeria's longest-serving president, Abdelaziz Bouteflika, took place on Sunday amid mixed reactions to his death.

Bouteflika passed away at the age of 84 on Friday. He had stepped down two years ago after his bid to run for a fifth presidential term sparked mass protests.

He was buried at a cemetery in the capital, where former presidents and independence fighters were laid to rest — but without the fanfare or honors accorded to them. 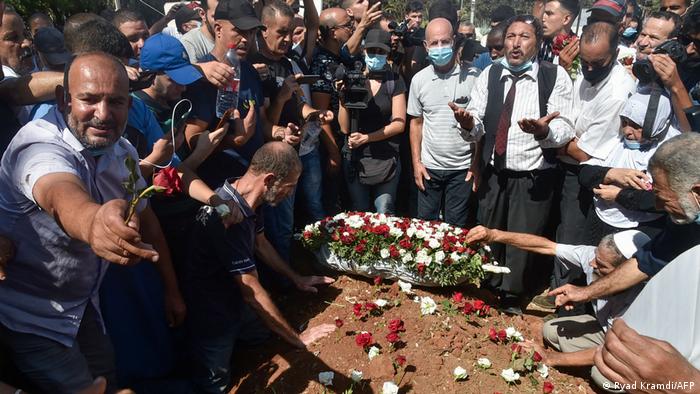 Some Algerians still view Bouteflika as a hero

While other presidents had lain in state at the People's Palace, Bouteflika's lying-in-state was canceled, according to the French AFP news agency.

Algeria has declared a period of mourning for three days, instead of eight.

French President Emmanuel Macron on Sunday described Bouteflika as a "major figure" of modern Algeria and a key partner for France during his years in power.

Macron sent his condolences to the Algerian people and said Paris remained committed to maintaining close relations with the former French colony, according to an official statement cited by AFP.

The Moroccan monarch said that "history retains that the late Bouteflika marked an important stage in the modern history of Algeria," according to Morocco's state news agency MAP.

The announcement of Bouteflika's death triggered muted reactions in Algeria, and hatred surrounding his figure spread on social media platforms.

Dubbed "Boutef" by Algerians, he had won respect as a foreign minister in the 1970s as well as for helping foster post-civil war peace. He became president in 1999 and served for nearly two decades.

But his rule was marked by widespread corruption, and critics see his mandate as a time of missed opportunities for Algeria.

The protests that forced him to step down in 2019 eventually grew into a pro-democracy movement known as "Hirak."