Tensions between the two north African neighbors have risen again after reports of a Moroccan air strike. Algeria has claimed that the attack was "targeted." 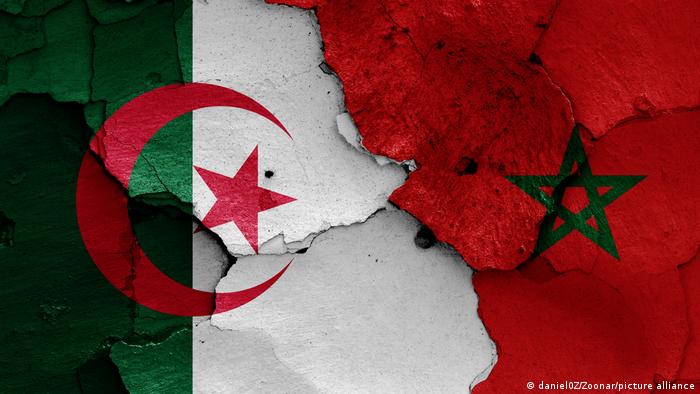 Relations between the two countries have long been strained

Algeria accused its neighbor Morocco of killing three people in an attack on the edge of the contested territory of Western Sahara on Tuesday.

Media connected to the Polisario independence movement reported an air strike on Sunday that hit a convoy close to the Mauritanian border with Western Sahara.

"Morocco tried to target citizens from three countries in the region outside of its internationally recognized territories," Algeria's foreign ministry said in a statement broadcast on the country's Ennahar TV.

"Algeria vigorously condemns the Kingdom of Morocco's targeted killings, with sophisticated weaponry, outside of its internationally recognized borders," the statement said.

Although Morocco has de facto control of much of the territory, its claim to it is not recognized by the UN or most of the international community, although the US did agree to recognize its sovereignty in 2020 in exchange for concessions on Israel.

Neither Morocco nor Mauritania have commented on the claims and the killings could not be independently verified.

Relations between the two northern African countries have long been difficult with the status of Western Sahara being a particular point of contention.

Algeria supports the Polisario movement that seeks independence for the desert territory. Morocco considers Western Sahara, part of the former Spanish colony that included Morocco itself, to be under its sovereignty.

Polisario annulled a 30-year cease-fire in November 2020, since then relations between the two neighbors have probably deteriorated.

A month later, former US President Donald Trump recognized Morocco's claim in exchange for Morocco normalizing ties with Israel. The Biden administration has played this down since taking over.

Algeria said that the alleged attack on Sunday killed "innocent civilians from three countries in the region" — without giving more details.

The Foreign Ministry said the "repetitive acts of terrorism" could lead to "serious implications" for the region.

Algeria had previously accused Morocco of killing its three of its citizens back in November when they were traveling between the Mauritanian capital of Nouakchott and the southern Algerian city of Ouargla.

Last August, Algeria broke off diplomatic relations with Morocco due to what it called "hostile acts" from its neighbor.