Greek Prime Minister Alexis Tsipras has urged his cabinet to intensify reform efforts as the eurozone nation heads toward the conclusion of yet another bailout program. Athens insists it needs no further safety net. 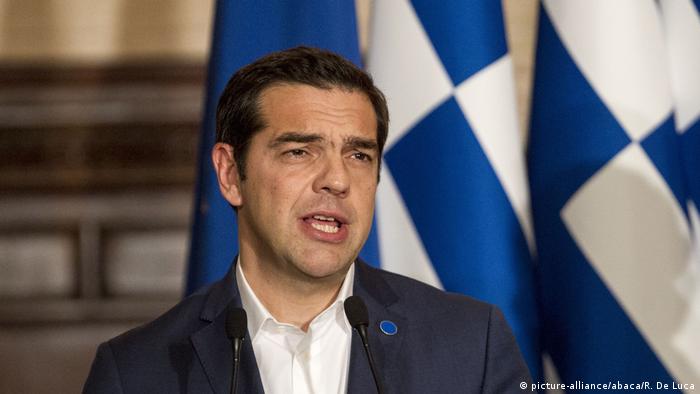 Greek Prime Minister Alexis Tsipras told his cabinet Tuesday there was no time for complacency "to finish the marathon" that was to lead the crisis-stricken nation away from its years-long dependence on foreign creditors.

The southern eurozone country expects to conclude a final three-year bailout program in August and then get more leeway in partly easing austerity measures it had to implement in return for loans from European partners and the International Monetary Fund (IMF).

Tsipras emphasized that his government was seeking "a clean exit" from the latest bailout program, meaning it would not ask for a precautionary credit line. Nor would it consider additional belt-tightening, he added.

Is the worst over?

The prime minister insisted, though, that Athens would use the remaining time to keep building its own cash buffer before resuming full reliance on regular market financing.

"I want to be clear, talk of a precautionary credit line that some sought to keep alive...is a finished case," Tsipras said. "What we are discussing with the institutions is the details of an exit that will not be coupled with new commitments."

He added that Greece had turned a page from being a country that was accumulating deficits to one now creating growth and wealth.

By contrast, the country's international creditors are not convinced that no new commitments will be required to help Greece get on its feet again.