Cinematographer Halyna Hutchins was killed when a gun in Baldwin's hand discharged on the set of a Western movie near Santa Fe. No criminal charges have been filed. 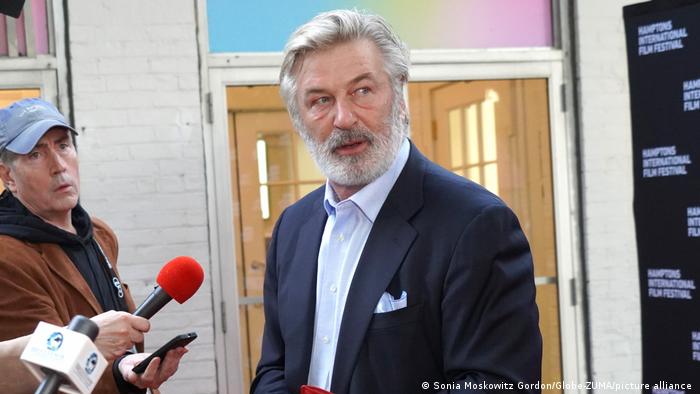 Alec Baldwin has called the fatal shooting a 'tragic accident'

Alec Baldwin has told US broadcaster ABC that he did not fire the gun that killed a cinematographer on the set of the film "Rust."

"Well, the trigger wasn't pulled. I didn't pull the trigger," Baldwin said in an interview to be aired on Thursday. The actor could be seen breaking down in tears in an excerpt released ahead of the broadcast. 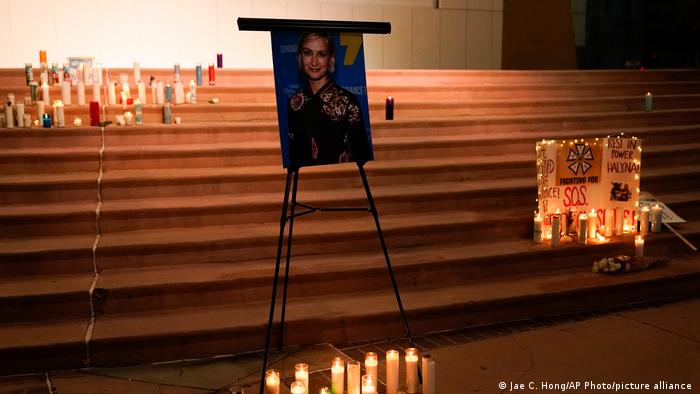 Cinematographer Halyna Hutchins died on the set of the Western

On October 21, cinematographer Halyna Hutchins was killed and director Joel Souza was wounded on the set of the Western movie Baldwin was making near Santa Fe. Baldwin had previously called the incident a "tragic accident."

How did live bullets end up on set?

When asked by ABC how a live round ended up on set, Baldwin said: "I have no idea. Someone put a live bullet in a gun, a bullet that wasn't even supposed to be on the property."

Armorer Hannah Gutierrez-Reed has also said she had "no idea" why live bullets were present.

On Tuesday, investigators said an Arizona weapon rental supplier may have provided "reloaded ammunition" that matched the cartridge suspected to have contained the live round that killed Hutchins. Reloaded ammunition is made up of recycled parts, including bullets.

The Santa Fe Sheriff's Department said on Wednesday that it had no comment on Baldwin's interview statements. Investigators say it is too early to determine whether criminal charges will be filed.

Two crew members have filed civil lawsuits accusing Baldwin, the producers of the film and others on the production of negligence and lax safety protocols. Some staff had earlier complained about difficult working conditions, leading to a walk off from set.

The producers have said that they are conducting their own internal investigation.

Baldwin, who was also to star in the film, was one of the producers of the low-budget Western.