Thousands have gathered in Shkoder to witness the beatification of 38 Albanian Catholic martyrs of Enver Hoxha's communist regime. Those honored were tortured and killed in Hoxha's efforts to create an atheist state. 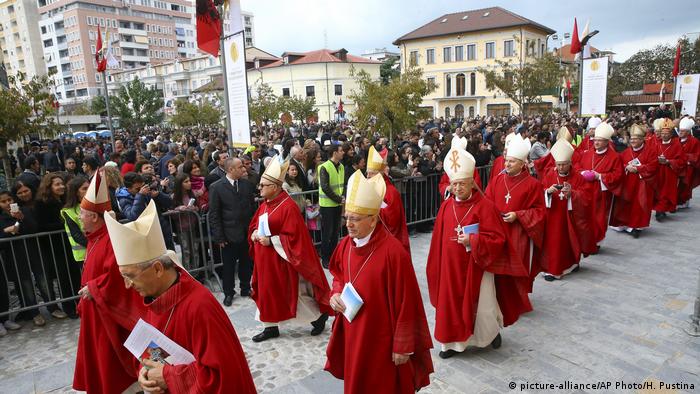 Thousands packed the Shen Shtjefni cathedral Saturday to witness the beatification of 38 Catholics who died under Enver Hoxha's regime.

In the cathedral where the first post-Hoxha mass took place, Reverend Ernest Simoni held a box with the bones of 10 martyrs. "Today's beatification of the 38 martyrs is the reward from God to all those living in this world and assisting the poor. It is a reward for us, the people and the whole world," said Simoni. Simoni, who will become a cardinal on November 19, spent nearly two decades in forced labor camps in Albania.

An estimated 20,000 were in or around the cathedral for the beatification on Saturday. Beatification is the recognition by the Catholic Church of a dead person's entrance into Heaven. 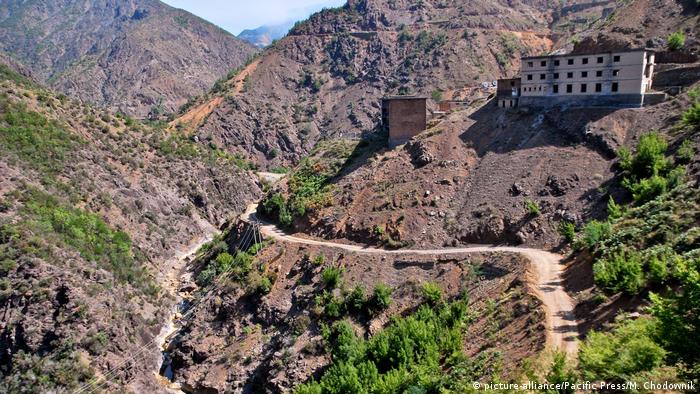 After taking power in 1944, Hoxha took much care in transforming the state into a socialist, atheist state. He felt religion was "the opiate of the people" and declared Albania was an atheist state in 1967.

Religion was outlawed and Hoxha allowed youth organizations to destroy churches and mosques across Albania. Nearly 1,300 were destroyed and occasionally became entertainment or sports halls, including the Shen Shtjefni cathedral.

Religious people were considered opponents of the state and routinely taken away, tortured and executed. The most notorious prison camp was the Spac labor camp in the rural mountain region more than 100 kilometers (60 miles) north of the Albanian capital, Tirana. Many died in the camp and in the nearby mines, from the extreme temperatures and torture. "It brings to mind Dante's Circles of Hell, a gulag built for opponents of the communist regime," said historian Gjergj Marku. Hundreds of victims are still missing and presumed to be buried in and around the labor camp.

Hoxha controlled Albania from 1944 until his death in 1985. Communism ended in Albania in 1990. Today, a majority of Albanians identify as Muslims, while more than 10 percent are Catholic and seven percent are Orthodox.

Pope Francis is in Albania on a visit intended to promote interfaith harmony. He is to meet with heads of a number of religious communities during his 11-hour stay. (21.09.2014)