A 4-day search and rescue operation following the 6.4 magnitude quake has been declared over. Prime Minister Edi Rama promised the 4,000 residents made homeless they would be in "stronger homes" by next year. 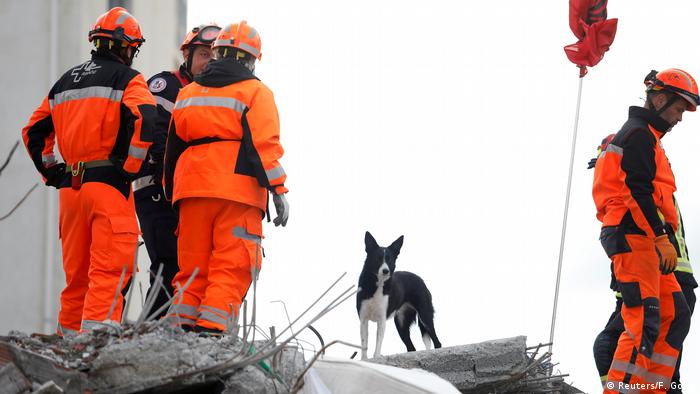 Albanian Prime Minister Edi Rama on Saturday said all bodies had been retrieved from the ruins of thousands of buildings struck by Tuesday's 6.4 magnitude earthquake.

"The number of the earthquake victims reached 50 and rescue operations have ended," he told a Cabinet meeting.

The Health Ministry confirmed a 51st victim, a woman in the capital, Tirana, who had been in a coma since she was reportedly hit by a falling brick while leaving her apartment.

Rama later told a news conference that 41 people remain hospitalized and that the damage assessment has begun. He said more than 1,465 buildings in Tirana and about 900 in nearby Durres had been seriously damaged.

The first of about a dozen buildings needing to be demolished has been flattened. Another 265 now require expert evaluation, he added.

Tuesday's quake left entire families crushed in their homes while they were sleeping, forcing relatives and neighbors to watch in agony as rescue teams pulled bodies from the ruins.

Commentators say the damage may have been made worse by lax construction standards when the Albanian coast was speedily developed after the fall of communism in the 1990s.

The cabinet discussed drafting a draconian construction law with harsh punishments, of up to 15 years in prison, for violators who jeopardize safety, Rama added.

The prime minister and President Ilir Meta later joined hundreds of residents at the funeral of nine members of a single extended family who were killed when a four-story villa collapsed. Funerals for many of the other victims took place on Friday. 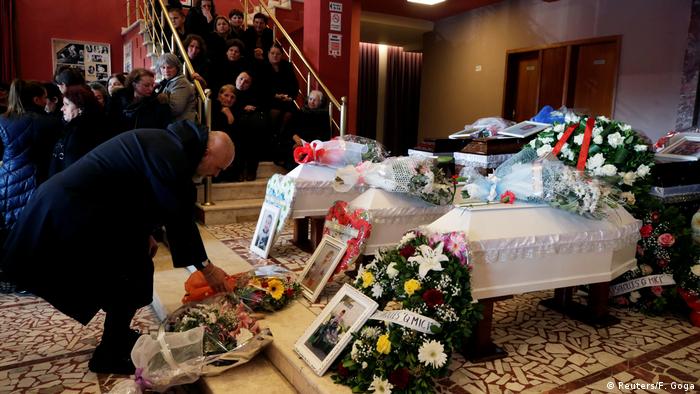 Preliminary figures estimate at least 4,000 people remain homeless, the majority of whom are still in school gyms while officials search for more permanent accommodation. Rama pledged they would be in "stronger homes'' in 2020.

A government appeal for donations has been boosted by global pop stars of Albanian origin Dua Lipa, Rita Ora and Bebe Rexha, who urged support from their fans on social media.

Rescuers worked through the night to search through the rubble of buildings in Albania, following a major earthquake early on Tuesday. Another large earthquake was felt on the Greek island of Crete on Wednesday. (27.11.2019)