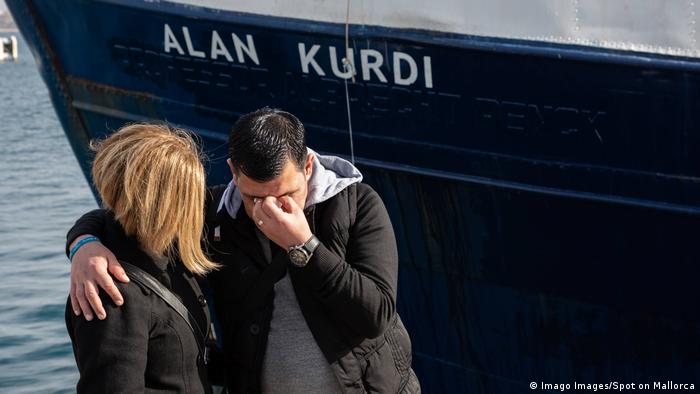 The father of Alan Kurdi, the drowned three-year-old Syrian boy whose death was captured in a photograph that shocked the world, is planning to join a German migrant rescue mission named after his son.

In an interview with Italian newspaper La Repubblica published on Sunday, Abdullah Kurdi, 45, spoke of his plan to assist efforts on the boat operated by German charity Sea-Eye.

Telling the daily he has since remarried and his new wife is pregnant, Kurdi said: "As soon as my son (is) born, I will go on the ship to save migrants. I want to give them the help that I did not get." 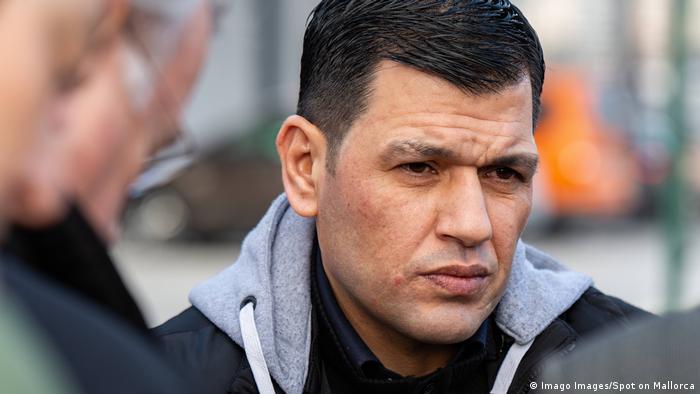 Abdullah Kurdi had hopes of building a new life in Europe

Kurdi's first wife drowned in 2015 together with the couples two sons as the family tried to reach the Greek isalnd of Kos from Bodrum in Turkey.

Sea-Eye spokesman Gorden Isler confirmed that the organization had been in contact with Kurdi about joining the mission which will operate in the Mediterranean Sea.

"We have built a strong and emotional bond with the family" Isler said, before adding: "if we succeed in fulfilling all organizational requirements, then we would be happy that Abdullah accompanies the ship. He will then be part of the crew and also take over tasks." 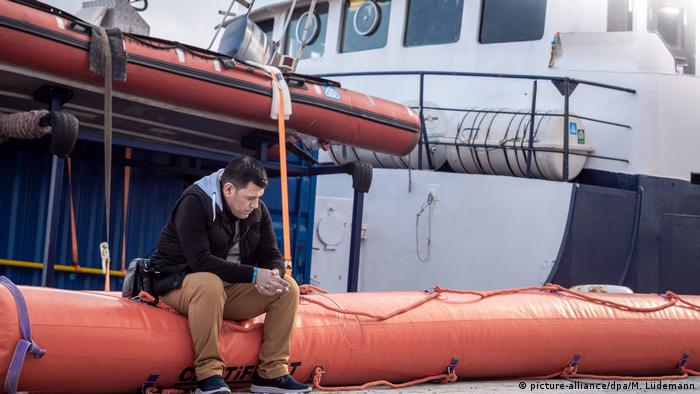 The Alan Kurdi ship is currently docked at the port of Burriana, in Spain, as the charity does not have sufficient funds for further rescue missions, despite hoping to resume missions on October 12.

In 2015, Alan Kurdi's death caused international outrage and shock when a photograph surfaced showing his drowned body washed up on a beach.

His death came at the peak of the migrant crisis, and following his image going viral, European leaders pledged to act to help those attempting the perilous journey across the Aegean Sea between Turkey and Greece.

The Marella Discovery picked up 111 migrants, including 33 children, near Greece's Peloponnese peninsula. Despite a large fall in migrants crossing the Mediterranean, six people die each day making the journey. (21.07.2019)

Rescuers are attempting to save the lives of more than 50 people whose boat capsized off the coast of Libya. The migrants were hoping to cross the Mediterranean Sea to reach Europe. (28.09.2019)

Responding to new refugee policies, Macedonia recently slowed its intake of asylum-seekers to a trickle, causing thousands to wait indefinitely and unsheltered at gas stations throughout Greece. Diego Cupolo reports. (26.01.2016)