Al-Shabab insurgents have attacked a police station in northern Kenya in what they say is retaliation for Kenya's ongoing military incursion into Somalia. 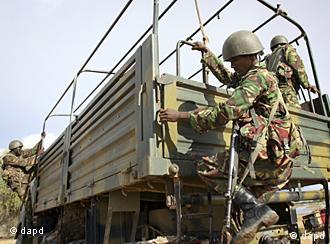 Kenyan soldiers have been in Somalia since October, 2011

Somali insurgent group al-Shabab on Thursday claimed responsibility for the killing of at least six Kenyan police and government employees in northern Kenya.

This coincides with claims by Kenyan troops that they have scored a major victory against al-Shabab in the southern and central regions of Somalia.

The Islamist militia has carried out a series of attacks against Kenyan targets in the border region since Kenya sent troops into Somalia in October 2011. This was in response to a string of kidnappings of tourists and aid workers inside Kenya, which were blamed on al-Shabab.

For an assessment of the latest clashes, Deutsche Welle spoke to Anneli Botha, a senior researcher with the International Crime in Africa Program at the Institute for Security Studies in Pretoria.

Deutsche Welle: Against the background of the latest clashes, how worried should refugees and humanitarian aid workers in this region be?

Anneli Botha: I think in any situation when you deal with al-Shabab, it's very difficult to place on a map exactly where they are and keep them under control. The situation is very fluid, and whether it's a refugee camp in Kenya or whether it's the whole bush area, it is a matter of great concern at this stage. 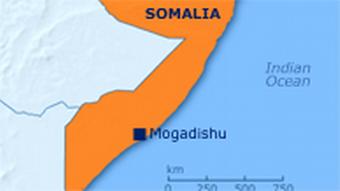 Al-Shabab have made Somalia a dangerous place for aid workers

What kind of reaction should we expect from the Kenyan forces after the killing of a number of Kenyan policemen?

I think Kenya hoped that, if it would start to engage in Somalia and control those areas, then the situation would definitely improve. But as we saw last year too, the Kenyans bombed an area they suspected was under the control of a high-ranking al-Shabab official, an area that had already been liberated by Kenyan forces. It's an example of how you can push your forces through and say "this area is now under control" but it's really difficult to maintain that.

You are not dealing with a conventional military force here, you're dealing with an insurgency and you absolutely need the assistance of the locals, to provide information about exactly who is al-Shabab and who is not. So you can send in forces as you wish but you need to have a situation where people say, "we are sick and tired of this and we have to find a peaceful solution." You're not going to find peace through the use of military force. 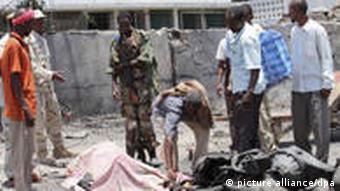 Al-Shabab claimed responsibility for this attack in Mogadishu last October

What exactly is known about this al Qaeda-related group, known as al-Shabab? Who is behind it?

The fact remains that, although there are links with al Qaeda, as there are links between al Qaeda und forces in the Maghreb and now with Boko Haram [in Nigeria], the issue of concern remains a domestic one. The fact that they are allying themselves with al Qaeda is a way to present themselves as something bigger and greater than they are. Whenever people hear the name 'al Qaeda' they take note, and al-Shabab know this and use it to their advantage.

Are efforts underway to bring the two sides together for talks?

The problem with negotiations is: who do you talk to? This applies particularly to al-Shabab and the various factions within al-Shabab. You can have only a few fighters within an organization but those few fighters can create havoc within society. So the situation is that negotiations are the best approach to take; the problem is that all factions need to be willing to sit around a table and discuss these matters and at this stage, I don't see that.

The ongoing civil war in Somalia between Islamist militants and the provisional government has spilled over into Kenya. Now Nairobi is wading into the fray, taking direct aim at al-Shabab militias. (18.10.2011)

Somali al-Shabab militants have been blamed for the abduction of two Spanish aid workers near the Dadaab refugee camp in eastern Kenya. The pair had been working for Doctors Without Borders. (13.10.2011)

Humanitarian aid runs up against limits in Somalia

In the drought-stricken Horn of Africa, many Somalis depend on foreign aid for their survival. But humanitarian aid workers are coming to terms with the limitations of how much good they can do in a land torn by war. (07.11.2011)