Doctors, nurses and patients. Though the terrorist attack hit civilians hardest, al Qaeda called the defense ministry a "legitimate target." What it really showed was how weak Yemen's centralized state has become. 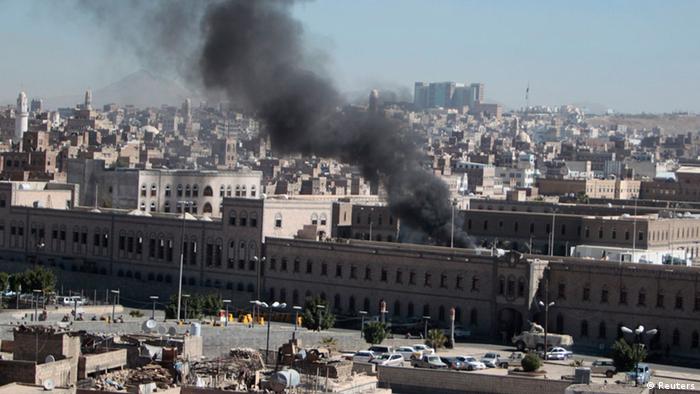 It was a raw demonstration of power, an attack meticulously planned and brutally executed. The Defense Ministry in Sana'a is one of the most secure buildings in the country. The office of the president, the minister of defense and the head of the armed forces are all located there.

Still, terrorists managed to force their way into the building. First, a suicide bomber detonated a car bomb in the Defense Ministry's entry. Men wearing army uniforms then stormed the complex, engaging in combat with soldiers. Among the dead: doctors, nurses and patients at an infirmary on the ministry's grounds. More than 50 died and nearly 200 were injured.

Among the victims were many Filipinos as well as two Germans. The latter were humanitarian workers for the German GIZ organization, or "Association for International Cooperation." A Yemeni GIZ worker also died in the attack. 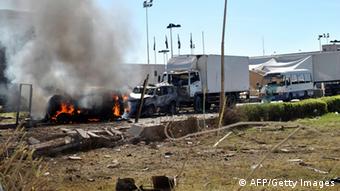 On Friday (06.12.2013), terrorist group Ansar al-Sharia, with links to al Qaeda in the Arabian Peninsula (AQAP), claimed responsibility for the attack via the Internet. Yemen's Defense Ministry, the group wrote online, harbored "drone control rooms and US experts." The US-controlled installations were a "legitimate target."

Al Qaeda is profiting from Yemen's political chaos. The country is mired in crisis. In February 2012, long-term President Ali Abdullah Saleh stepped down after months of protests and was succeeded by Abdrabuh Mansur Hadi.

Preparations for a new constitution and new elections are underway, all within the framework of a "National Dialogue." But the dialogue, which was to have ended in September 2013, has stalled.

The country's political elites are concerned with their interests only and not those of the country, according to political scientist Elham Manea at the University of Zurich. The "old guard" surrounding former Saleh, he added, does not want to relinquish their influence.

Attempts at a national dialogue are also viewed with pessimism by Horst Kopp, a Yemen expert and professor emeritus at the Friedrich-Alexander-Universität Erlangen-Nürnburg.

"Only a relatively small portion of participants want Yemen to remain a centralized government," he told DW. The tendency is toward a federal state, he said. Regions would then wrestle for power.

Yemen is already tearing at the seams. The country's south dreams of independence. In the north, Shiite Houthi rebels have raised up against the central government. Radical Salafists have also taken hold there. Influential tribes also want their share of the power. 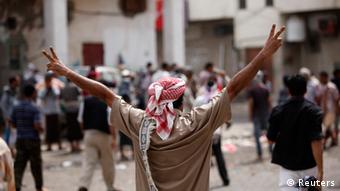 A demonstrator in southern Yemen shows his support for independence

Whether Houthi rebels, Salafists or al Qaeda - all are leveraging the chaos. "The weaknesses of the central state has worsened the situation," said Manea. Al Qaeda has temporarily taken control of numerous cities in the south of the country.

The fight against al Qaeda is receiving support from the United States. Over the last few months, Washington has increased the number of drone attacks. US military and intelligence operatives are also training and arming Yemeni security forces.

"But they have obviously achieved nothing," said Kopp. "The security situation is so precarious that al Qaeda can move through the country relatively unhindered."

The attack in Sana'a demonstrated that militants can bring weapons and fighters in the capital's center with ease.

"Yemen is a failed state," Manea said, adding that the government is not in a position to meet the needs of local citizens. "Al Qaeda uses that to recruit new members."

He called US drone attacks ultimately counterproductive, since every attack and every civilian casualty drives new recruits into al Qaeda's ranks.

As for a solution? "The political elite has to finally place the country's interests at the crux of its negotiations," Manea said. "It should also deal with the needs and problems of its people."

Yemenis have been suffering through a long-term crisis, one recognized by the United Nations.

According to the UN's World Food Programme, more than 10 million people - half the population - are suffering from undernourishment or are at the risk of starvation. Levels of malnourishment in children in Yemen are among the highest in the world.

Yemen has seen a major surge in drone strikes in the past two weeks, as the US hunts for al Qaeda-affiliated insurgents. But the secretive and indiscriminate attacks are terrorizing and radicalizing Yemenis, say critics. (14.08.2013)

Guantanamo will shift, not close

Critics accuse US President Barack Obama of breaking his promise to close Guantanamo. But his hands are tied by a reluctant Congress - and an America that might not want captured terrorists on its soil. (18.11.2013)