Building aircraft in the euro zone is becoming financially impossible, said the head of Airbus. The likely result will be a partial shift of production to the United States to take advantage of the weak dollar. 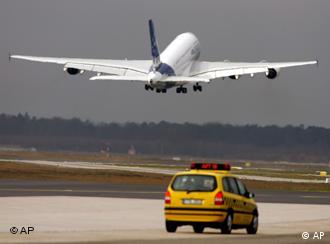 Airbus has no choice but to head to the US to remain competitive, a company head said

Producing planes in the euro zone and selling them in dollars has become an expensive proposition for Airbus. As part of a cost-cutting plan, EADS, the parent company to Airbus, has already announced it will shift some production to China. Now, it looks like some production will also shift to the US to take advantage of the weak dollar.

Gallois said the only way to "prepare the company for a dollar that no one can control is -- unfortunately -- to set up shop in a dollar zone."

Gallois has warned several times recently that the euro's strength against the dollar threatens the company's long-term survival. The dollar has lost 30 percent against the euro in the past two years, a fall that has caused Airbus earnings to nosedive. 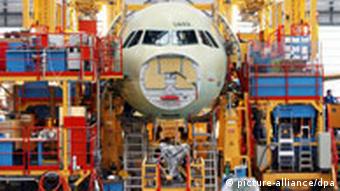 Economic considerations might switch some Airbus production to the US

Gallois said only some of the production would transfer out of Europe, such as aircraft doors, fuselage and wing components. The shift will happen gradually and will be seen "over the next decade" Gallois said. Currently, most Airbus production is done in Germany and France.

Airbus has launched a cost-cutting plan dubbed Power8. The plan will cut 10,000 jobs in an attempt to save 5 billion euros (7.4 billion dollars) by 2010. The restructuring plan will likely include the sale of six European factories. The move was prompted due to problems with the company's A380 superjumbo jet program.

The company is also building an assembly plant near Beijing, which is scheduled to be completed in 2011. 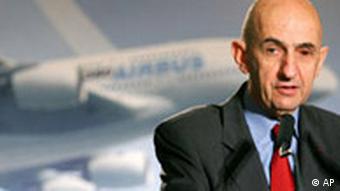 Airbus is not alone in deciding to move production out of the euro zone. France's Dassault Aviation will also shift some of its production away from Europe, the company's chairman said in an interview published Saturday in the Paris newspaper Le Monde.

Charles Edelstenne said that apart from the assembly of the Dasault aircraft and technology work, "everything can be relocated." Most of the company's competitors are in the US and that the slide of the dollar makes it increasingly difficult to compete.

"We must reduce our costs further to remain competitive," Edelstenne said. 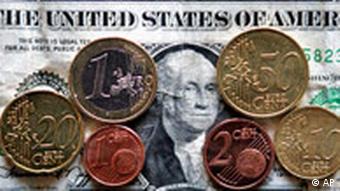 Most of Airbus' income is in dollars, while its expenses are in euros

Airbus customers are also largely in the US and insist on planes being priced in dollars. This is difficult since the company's costs, including the wages it pays employees, remain in euros.

The German business weekly WirtschaftsWoche recently reported that the company was likely to set up an assembly plant in Mobile, Alabama. The company believes that it could secure a contract to build tanker aircraft for the US military, according to the news report.

Gallois said the euro-dollar discrepancy is causing Europe to lose its industrial might and said "a political" approach is needed to fix the exchange rate problem.

"A part of the European aeronautic and space industry is threatened by the evolution of the dollar and I think it is a problem that has a political dimension," he said, adding: "Europe needs to wake up."

Calls for a political solution 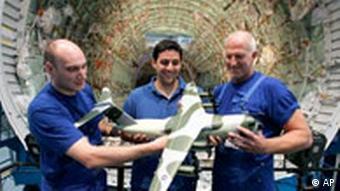 Airbus has always been a European product

Gallois called for a meeting of the Group of Seven leading industrial nations, which includes Britain, Canada, France, Germany, Italy, Japan and the United States.

"There is a deep crisis afflicting a certain number of industries that is due solely to the fact that the Americans are following a policy that will mean a never-ending decline in the dollar," he said.

US officials have said they want to maintain a strong dollar. But some Europeans suspect that Washington is not overly concerned with the weakness of its currency, as it has helped US exporters.

European aircraft maker Airbus faces a crisis of "life-threatening" proportions as a result of the rise of the euro against the dollar, company chief executive Thomas Enders told employees in Hamburg. (22.11.2007)

Aviation rivals Airbus and Boeing went head-to-head with each other at the Dubai Air Show with both companies hoping to secure orders for their new models: the A380 superjumbo and the Boeing Dreamliner. (12.11.2007)

After a delay of almost two years, Singapore Airlines has taken possession of the first Airbus A380 in the French city of Toulouse. The new aircraft is scheduled to take off for Singapore on Tuesday, Oct. 16. (15.10.2007)

Should Airbus keep its production in Europe? Don't forget to include your name and country in your reply.