European plane maker Airbus has indicated it's weighing the chances for building a new fighter jet for European allies. It is to replace military aircraft in use now, such as the Tornado and the F/A-18 Hornet. 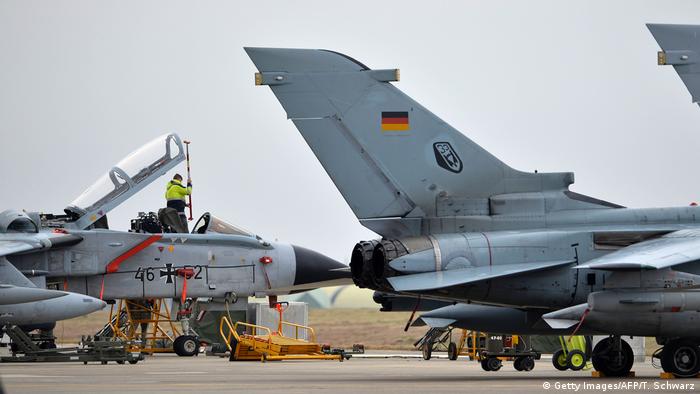 Airbus Military chief Fernando Alonso said in Toulouse that the company was currently working on some components for the jet at its locations in Germany and Spain, with funding coming from the respective governments "and hopefully other players in the future."

As the EU executive aimed to define a joint foreign and defense policy in the 28-member bloc, Airbus said it would definitely make sense to drastically reduce the number of different weapons systems with a view to enhancing efficiency and ultimately saving costs.

The plane maker noted that several nations, including Germany and Spain required new air defense systems mid-term, and a new integrated approach towards a pan-EU fighter jet combining the capabilities of drones, satellites and reconnaissance planes would be useful, Airbus argued.

Alonso told the "Handelsblatt" there was no room for two to three different defense systems in Europe, adding that he hoped to convince the French governments and domestic companies such as Dassault of the need to participate in the program.

Airbus' initiative should dovetail nicely with the German Defense Minister Ursula von der Leyen's call for a joint defense strategy, involving  FCAS, the Future Combat Air System, to eventually replace the Eurofighter and the Tornado in Germany as well as other system eleswhere on the Continent.

Another option would be the purchase of American F35 planes, which would be available right away, but would drastically reduce Europe's future sovereignty in air defense capabilities.

Ahead of September's general election in Germany, the unpopular issue of a new fighter jet involving huge initial costs is being played down by policymakers in Berlin. The Defense Ministry in Berlin said no immediate decisions should be expected right now , citing "comprehensive market research going on."